Home » Bitcoin » "Bitcoin.org is now in danger of becoming compromised", Says Site Maintainer After Being Ousted By Co-Owner ⋆ ZyCrypto

It appears that due to disagreements in management at the very top of Bitcoin.org will lead to some big changes. Will Binns, the person responsible for maintaining Bitcoin.org is out. An argument with Cobra, the owner of the site led to some wholesale changes being announced on Wednesday, June 24th, 2020.

The change comes after years of communication with Bitcoin researchers and enthusiasts. 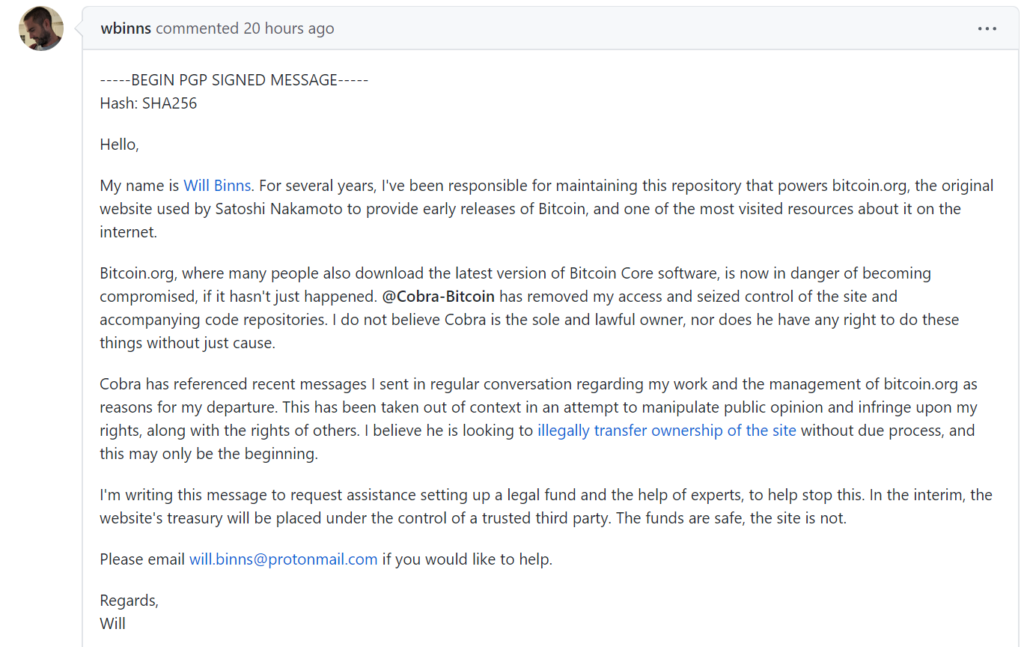 Now Binns is pleading for help in a letter to the crypto community that he has posted on Github. Notably, and pointed out by Binns in his farewell address, Bitcoin.org was the first site used by BTC creator Satoshi Nakamoto to provide early releases of the new digital asset.

“Bitcoin.org, where many people also download the latest version of Bitcoin Core software, is now in danger of becoming compromised, if it hasn’t just happened. @Cobra-Bitcoin has removed my access and seized control of the site and accompanying code repositories. I do not believe Cobra is the sole and lawful owner, nor does he have any right to do these things without just cause.”

According to Cobra, the reason for the move was an overreach of power by Binns. Screenshots were posted of a conversation between Binns and Cobra that clearly illustrated the disagreement of proprietorship. 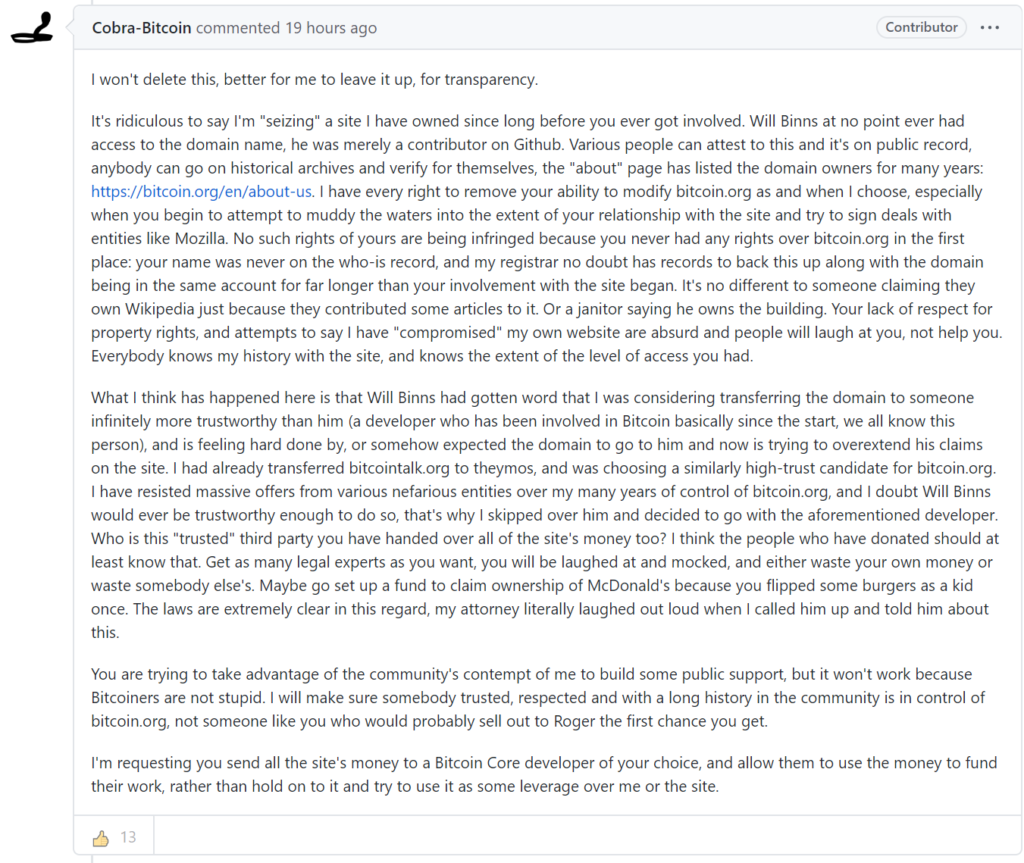 During the exchange, it’s clear that Binns laments not having an agreement properly written down, while Cobra maintains that Binns has no claim to ownership of Bitcoin.org. Cobra explains the decision as tough but necessary.

“This may seem harsh, but any further communication with him risks putting this project in an unfortunate situation. So I had to be brisk and terminate his relationship with us. I’ll be taking over the day-to-day activities on the site more actively from now on; if any contributors or translators are in any group chats with him, please make alternative groups so you can continue work on the site.”

But Will Binns has a different story. Binns thinks the reason he was forced out is to change ownership of the site, and that there could be a lot more turmoil coming.

“Cobra has referenced recent messages I sent in regular conversation regarding my work and the management of bitcoin.org as reasons for my departure. This has been taken out of context in an attempt to manipulate public opinion and infringe upon my rights, along with the rights of others. I believe he is looking to illegally transfer ownership of the site without due process, and this may only be the beginning.”

Bitcoin.org has been an important resource for BTC holders and crypto-curious individuals all over the world. Hopefully, for the sake of the blockchain industry, this tool remains useful and helpful for the foreseeable future.