Bitcoin’s erratic price fluctuations are eerily reminiscent of the turmoil that erupted before the Dotcom Crash (2000-2002), except the cryptocurrency’s deterioration is occurring exponentially faster. That’s what Morgan Stanley said in a recent note to clients.

Since it launched in 2009, bitcoin has experienced four bear markets, during which it lost 45% of its value. These waves mimic the rambling movements of the Nasdaq bear market before the Dotcom Crash, says Morgan Stanley strategist Sheena Shah, as reported by CNBC.

Shah also noted that the Nasdaq surged 250% to 280% at its peak shortly before the Dotcom Crash. This is exactly what has been happening with bitcoin prices, except it’s occurring at an accelerated pace. “The bitcoin rally was around 15 times the speed,” Shah remarked. 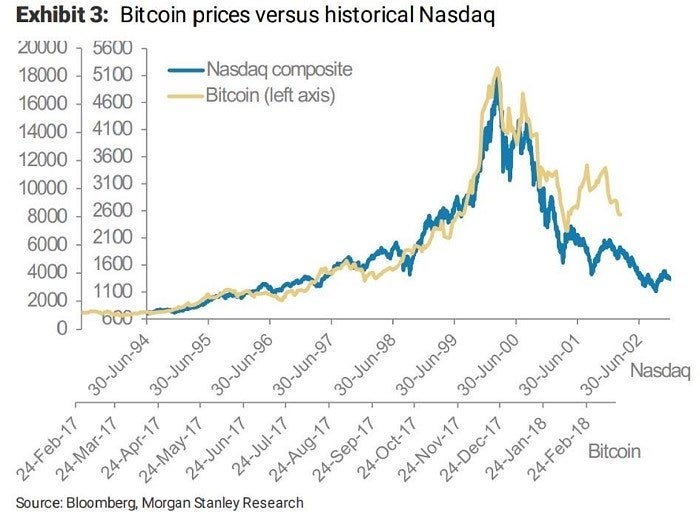 Shah also says there are similarities in the trading volume movements between bitcoin and the Nasdaq before the Dotcom Crash. (See also: Bitcoin Trading Volume Craters to Two-Year Low.)

“The follow-up rally for both bitcoin and the Nasdaq always saw falling trading volumes,” Shah said. “Rising trade volumes are thus not an indication of more investor activity, but instead a rush to get out.” 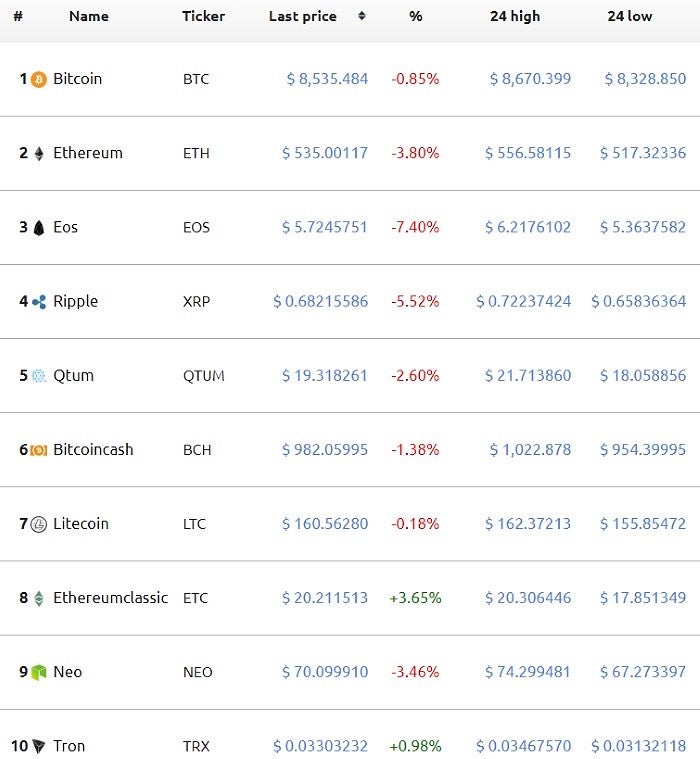 While the uncanny similarities between the bitcoin market and the DotCom Bubble doesn’t mean the cryptocurrency market is doomed to crash, it’s definitely worth keeping in mind amid the media hype surrounding virtual currencies. (See also: Tesla Billionaire Elon Musk Reveals How Much Bitcoin He Owns.)

Investing in cryptocurrencies and Initial Coin Offerings (“ICOs”) is highly risky and speculative, and this article is not a recommendation by Investopedia or the writer to invest in cryptocurrencies or ICOs. Since each individual’s situation is unique, a qualified professional should always be consulted before making any financial decisions. Investopedia makes no representations or warranties as to the accuracy or timeliness of the information contained herein. As of the date this article was written, the author owns no cryptocurrencies.