Bitcoin (BTC) will allegedly explode in price as soon as it gets to the $13,000 level, one trader says, as the kind coin futures trade at 6 percent above the spot price.​

In a statement posted on Twitter on August 18th, the derivatives trader JSterz highlighted ‘extreme’ Bitcoin futures spreads as an indication that an extremely strong bullish advance may soon be seen.

“This thing is going to explode”

At the moment, Bitcoin futures contracts expiring in March 2021 have a 6 percent higher price than the BTC/USD spot price at around $12,280.

“It seems extreme to see BTC-Mar21 trading 6 percent above spot,” JSterz said. “We have been at this level about four times since 2017. If #BTC breaches 13k+, this thing is going to explode.” 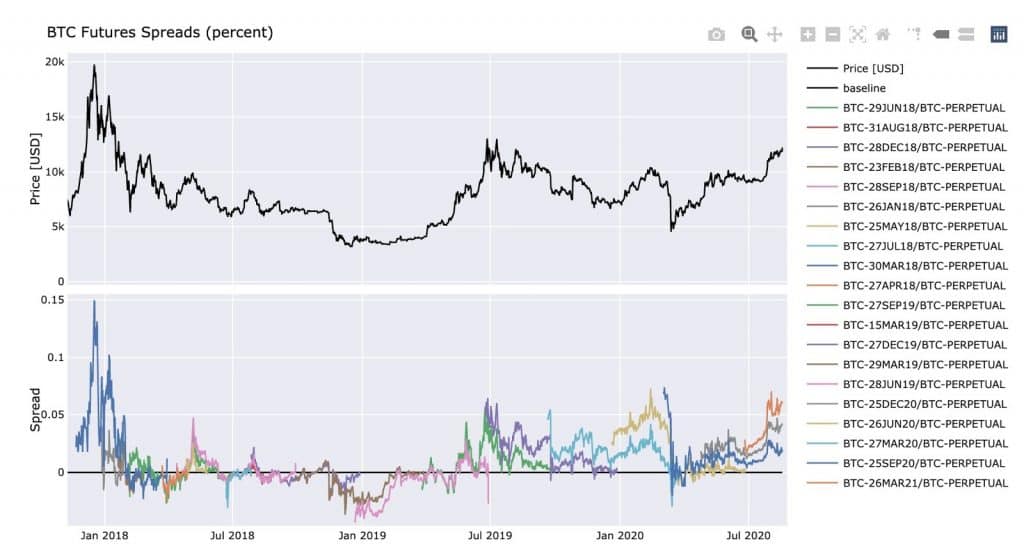 Open interest for a number of trading platforms hit unprecedented highs on Monday, trouncing a previous record from mid-February, before March’s pandemic-induced crash.

“Note the changes in market share of OI,” Ikigai fund manager Travis Kling commented, posting an overview chart on Twitter. “We’ve been talking about The Herd… coming for so long its become a meme. But without a doubt, this is actually The Herd and its wildly bullish.” 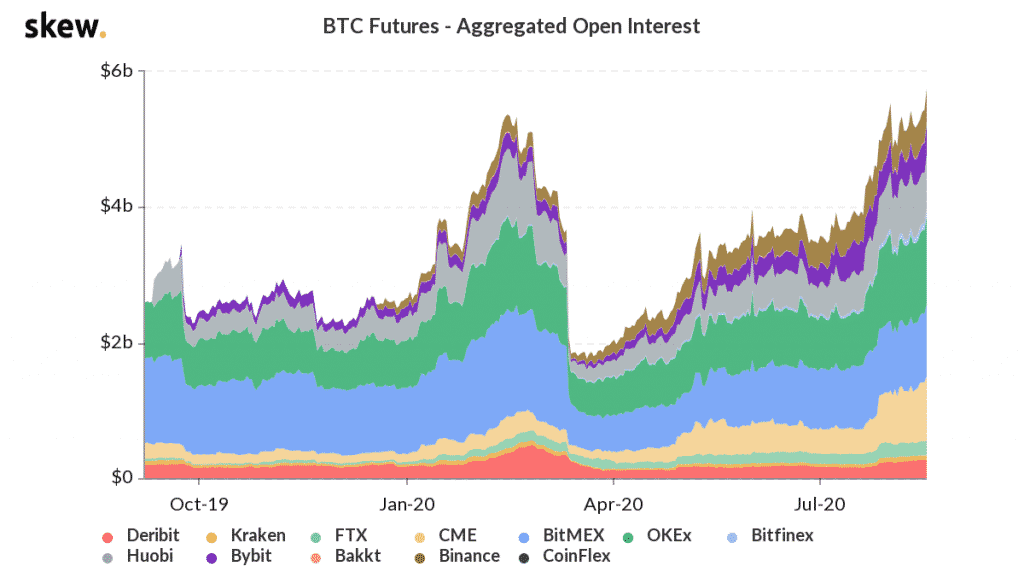 Institutional investment in Bitcoin is still a main topic of conversation among supporters in August, after a sudden buy-in from multibillion-dollar MicroStrategy in late July. Asset manager Grayscale has witnessed record investment in its numerous cryptocurrency funds, as Bitcoin surpasses gold as a fiat hedge.

On Monday, a dramatic swing above the $12,000 line was presumed to be a red herring, but the higher levels have since held. For John Bollinger, the creator of the Bollinger Bands volatility indicator, only believed in the power of the rally.

“I imagine that someone is complaining about the $BTCUSD rally. Not me, a picture-perfect advance so far,” he tweeted at the time. “Squeeze, confirmed break out, walk up the upper band, consol, support at middle band, mini-Squeeze, break to new highs. How much more could one ask for?!”