Every other story on Bitcoin’s price prediction or speculation is centered on the narrative that increasing investment from institutions and hedge funds will create value and fuel the price rally. However, a less popular narrative is that of the impact of mining pool concentration on Bitcoin’s speculative bubbles and Bitcoin’s price. 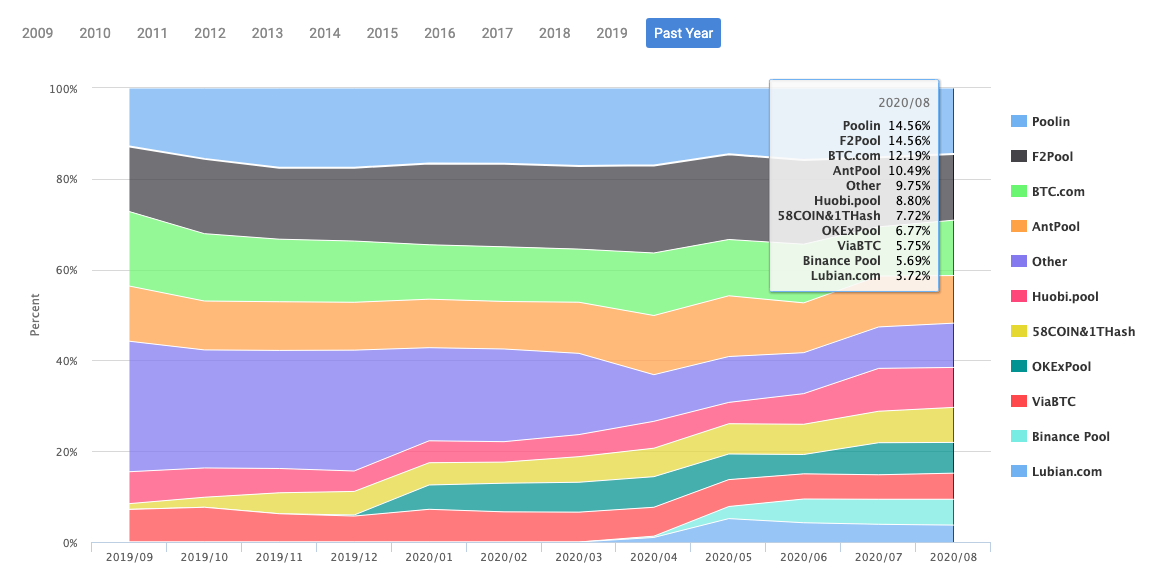 The timeline overlaps with the initial plans of Libra’s launch and Alipay’s ban on Bitcoin-related transactions. However, in addition to these external factors, Bitcoin’s price was affected by mining pool concentration.

On-chain analysts predict Bitcoin’s price based on market cycles or pre/post halving, however, halving events are closely linked to Bitcoin mining. The increased concentration of mining reduces mining profitability, in turn reducing the supply of Bitcoin to exchanges. Speculative bubbles are created right before every halving, and mining concentration is the key factor responsible for the same. Based on data from Glassnode, in their recent report on the Cryptocurrency Mining Industry, Tokensight shared the insight that the change of miners’ income is similar to the trend of the whole network’s hash rate. And the price is considered a measure of hash rate here. It represents the fee paid by the mining pool to purchase hash rate from miners.

In June ‘20 mining difficulty was back to May ‘20 level, and every time the difficulty goes above 14.5 T, price increases to increase mining profitability and capture more miners, reducing mining concentration. 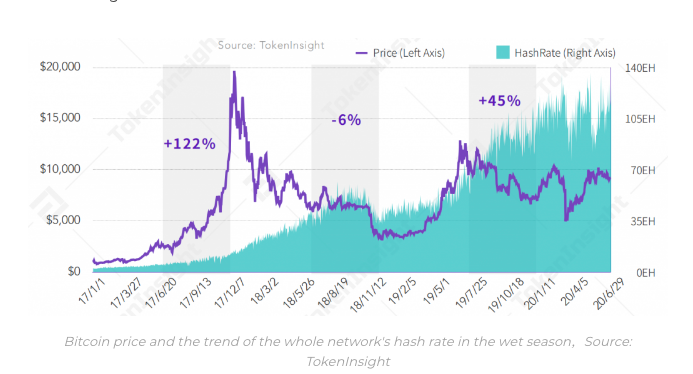 Observations from the price vs hashrate chart highlight that the increase in hashrate, leads to an increase in price. However, the last increase in hash rate added 45% to the price, the one before that had added 122%. It is possible that external factors like the ICO bubble influenced it. There were several speculative bubbles along the path to +45% and these can possibly be attributed to hashrate and corresponding mining concentration.

The current mining difficulty is 17.39T and taking the 100-day average, it has been rising steadily since July 2020. 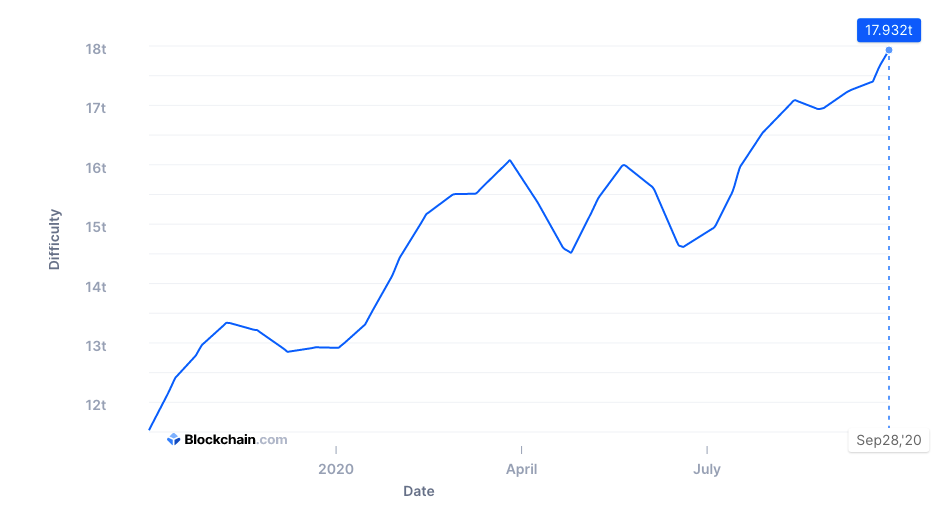 Though this is an indicator that Bitcoin’s price may increase with an increase in mining profitability, the concentration of mining pools is not high enough to fuel speculative bubbles in Bitcoin’s price.