Stablecoins have been doing pretty well since last year and in 2020. As of May, the total market cap of stablecoins surpassed $10 billion and has been growing since. They have also gotten a stronger purchasing power on Bitcoin with a new Supply Ratio low, Glassnode data shows. 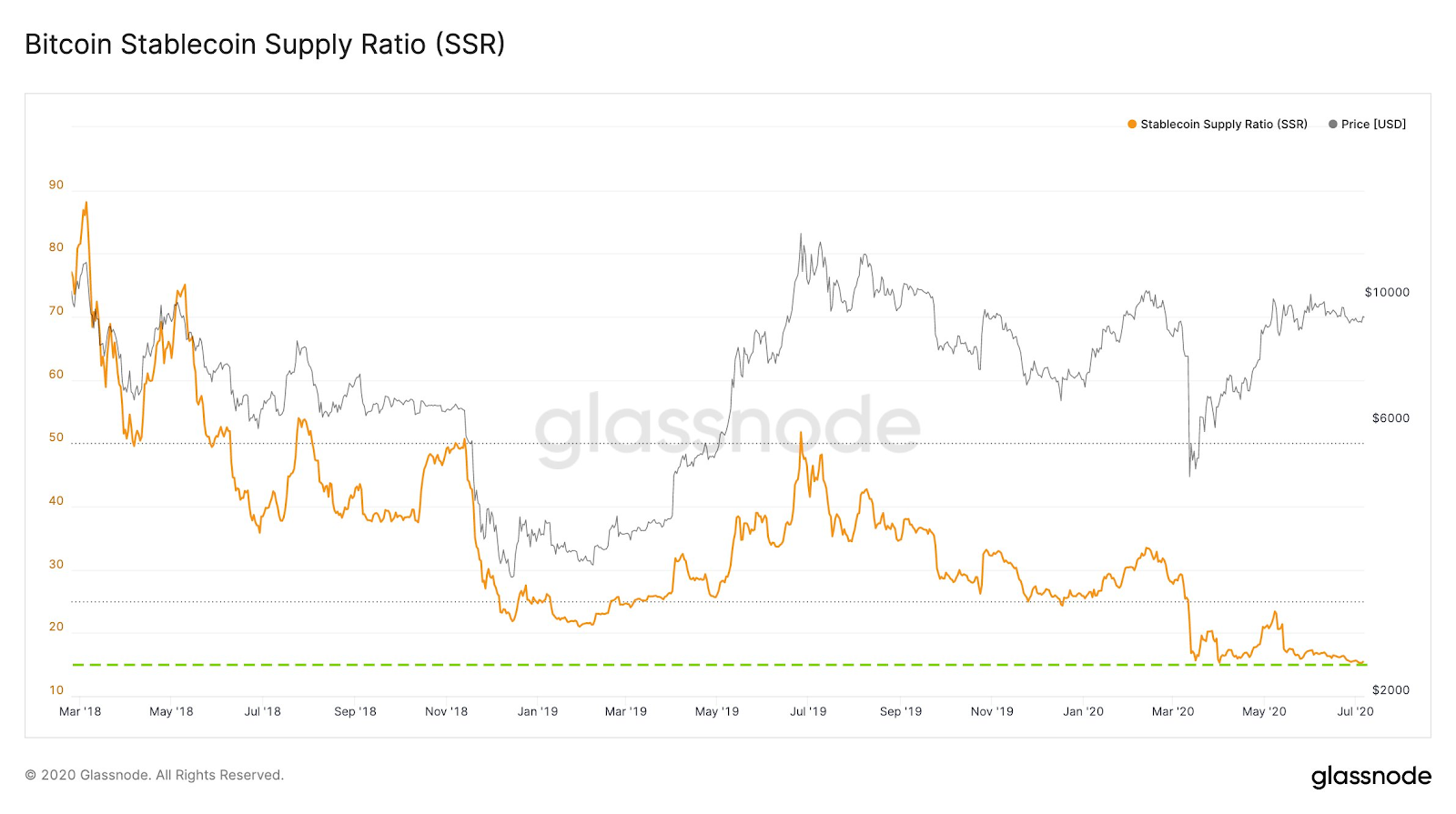 Given the role that a low SSR plays in boosting the price of Bitcoin, the new low hit by stablecoins is good news to investors and holders in general. There are several indicators that analysts say are pointing to good prospects for the assets. Key among these indicators is the increasing adoption of Bitcoin by investors who hitherto did not believe in it. This includes both retail and institutional investors.

In the meantime, Bitcoin has only managed to stay above $9,000 but has not been able to hit $10,000 for some time now. The hopes of reaching the price however have been boosted recently with an analyst saying Bitcoin may be less than 50 days away from finally topping $10,000. This is the moment that investors have been waiting for – to cross above the psychological price without going back.

The $10,000 price has been a wall to another big Bitcoin move and it appears that crossing this level will lead to new price levels. This is confirmed by another analyst who says that the June 2019 highs will be revisited “pretty quickly” once Bitcoin manages to cross $10,500. He wrote on Twitter:

“I believe we  break to the upside late this year and once we break 10.5k we see the June 19′ highs pretty quickly. I can see something like this playing out. Above 10.5k I think we just long our longs to  freedom. 5x long + chill. Or countertrade me.”

The digital asset experienced a brief upward movement yesterday that took its price to $9,300 but it is currently trading at $9,254. It will be interesting to see how the price gets affected by the new SSR lows in both the short and the long terms and where the price stands by the end of the year.