Never a dull week in the crypto space. For bitcoin, of note was the Distributed Denial of Service (DDoS) attack that just brought 200 Lightning Network nodes offline. As for ethereum, new commentary from co-creator Vitalik Buterin seems to suggests that, in the future, non-staked ETH will slowly pay “rent fees” in an inflationary manner.

Adversarial conditions are beyond par for the course in this premature crypto ecosystem. The recent DDoS against the fledgling and still experimental Lightning Network (LN) is a prime example of this dynamic.

During the attack, the number of online LN nodes dropped from above 1,000 to approximately 870. For now, it’s not clear who was responsible for the attack, though “lapps” developer Alex Bosworth has heard some chatter:

Trustnodes was able to collect this screenshot of an apparent “BitPico” chat from Telegram: 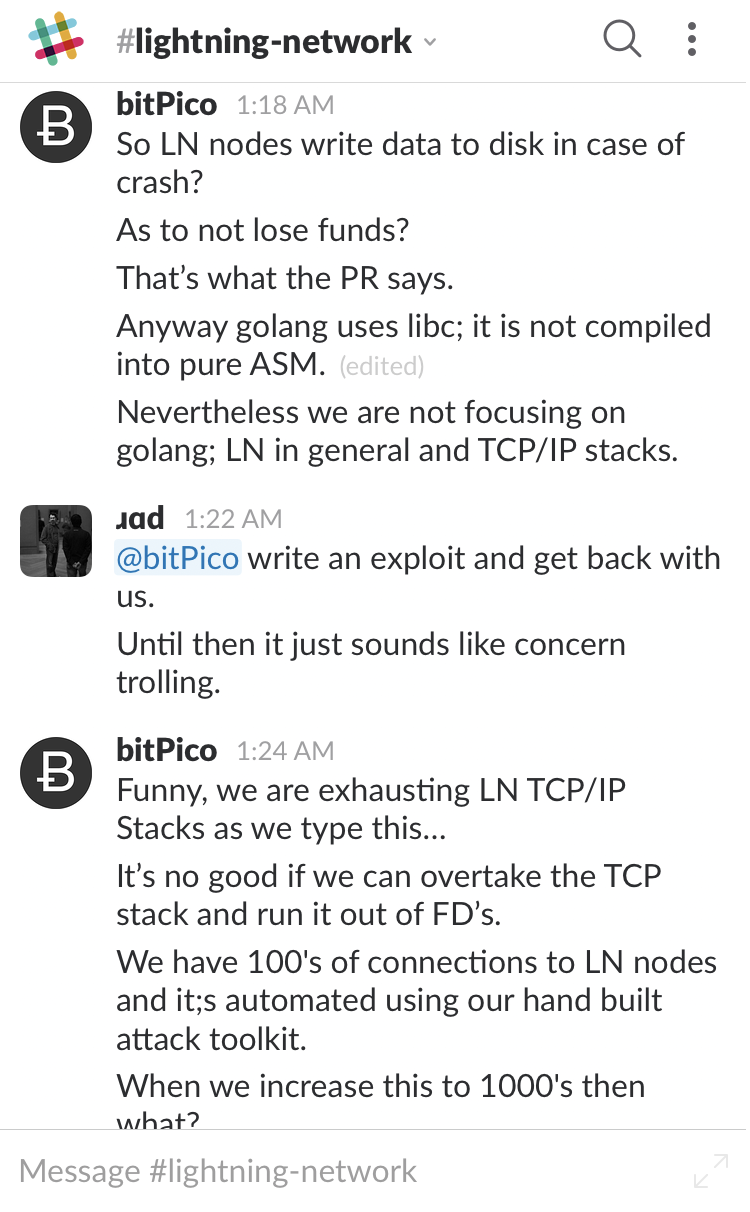 Regardless of who was behind the attack, it comes as no surprise, since LN is still in an early and vulnerable stage. To that end, contending with such adversarial conditions now may end up strengthening the protocol going forward.

What doesn’t kill you makes you stronger, as they say. We’ll have to wait and see.

Non-Staked Ether to Be Inflationary

In a new post about rent fees as they pertain to sharding technology, Vitalik Buterin wrote out a short primer that has some pretty interesting economic implications for the future of ethereum.

These aren’t definitive stats for now, of course — they’re simply theoretical postulations. But cutting through the technical jargon, Buterin seems to suggest an inflationary dynamic for non-staked ether after sharding has been implemented.

In other words, ETH that is simply held and not staked will slowly — emphasis here on slowly — be chewed up by rent fees, or storage fees, to stakers.

As an analogy, it’s sort of, but not really, like stuffing cash in your mattress: that fiat is steadily devalued per inflation because it’s not being put to work in any way. Likewise, post-sharding ETH will be steadily devalued if it’s not “put to work.” Though with the advent of staking pools, most everyone who wants to should be able to stake their ether in the future.

What’s your take? Are you surprised the Lightning Network was DDoS’d? And what do you make of ETH’s rent fees dynamic? Sound off in the comments below.