Bitcoin’s latest surge on the price charts and the altcoin market’s subsequent bullishness has fueled a lot of activity lately. In fact, over the past 24 hours, over $169 million worth of ETH and $152 million worth of BTC have been moved by whales in a series of transactions. This isn’t unexpected, however, as market participants were always likely to show up after such significant movement, and whales are no exception.

With such a huge volume of funds moving off exchanges and into wallets, many have reason to speculate that whales are beginning to HODL their funds at this stage. 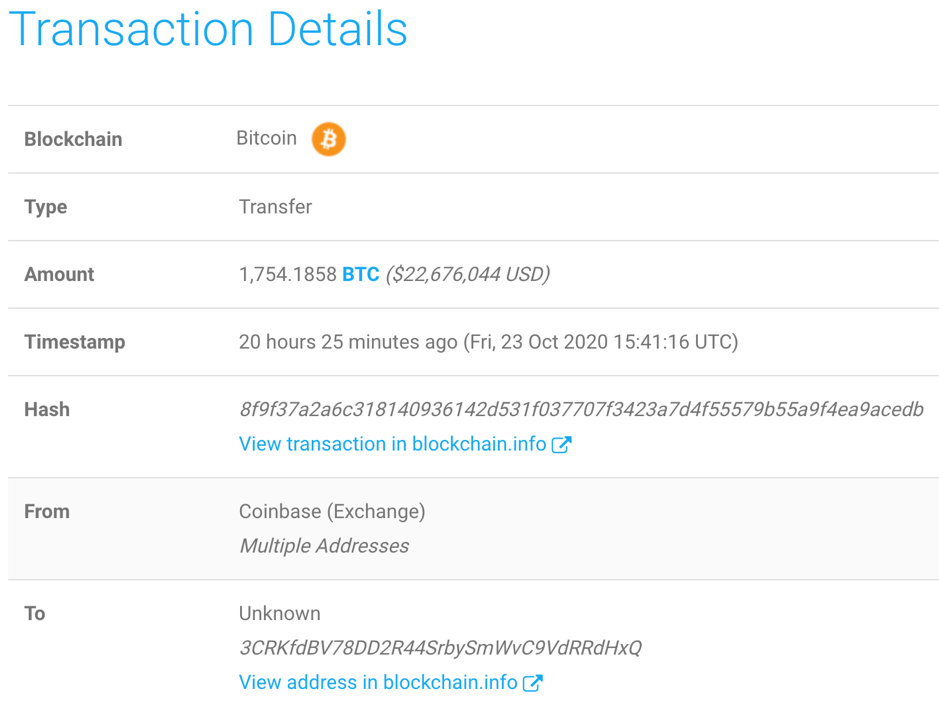 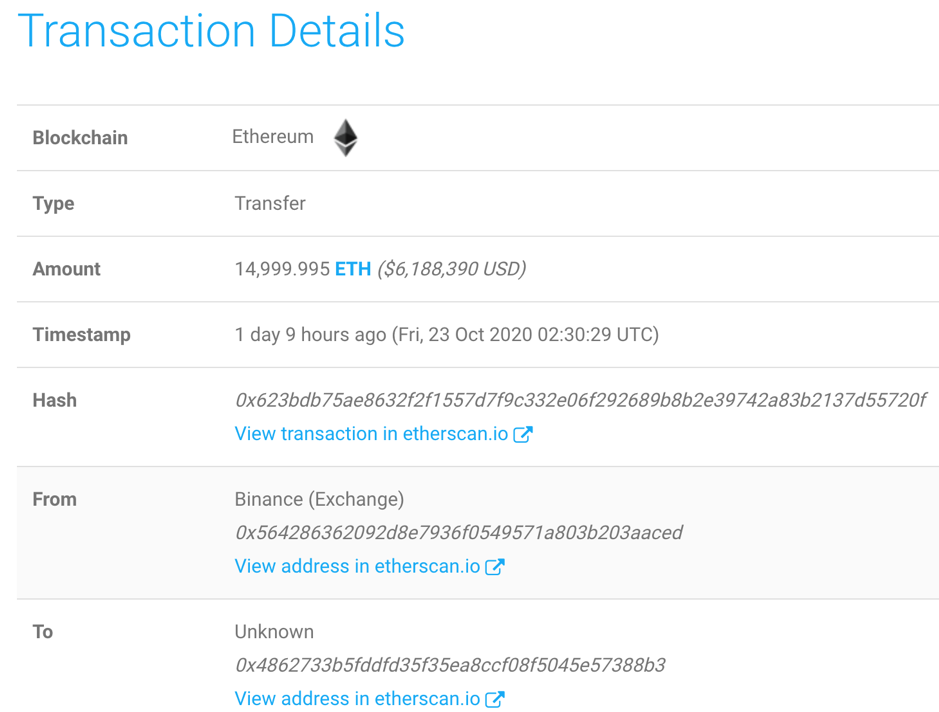 However, there is also the fear that one of these market whales may choose to sell these funds completely, having moved them off exchanges.

While this would fit the narrative that BTC has reached its peak in the short-term at levels of around $13,000, some funds have actually been transferred to exchanges from wallets at this stage. More specifically, $31 million worth of BTC was transferred to Coinbase from an unknown wallet.

In fact, there was also the recent transfer of 68,200 ETH or $28,199,920 from an unknown wallet to Uniswap. Many have speculated that this may be Wrapped Bitcoin.

The majority of ETH transfers, however, have been from one unknown wallet to another, making it difficult to speculate as to where these high-value transfers originated from.