Some advertisers using Google Adwords to promote cryptocurrency related businesses are seeing a drop in their ad views, with other users posting about suspension of both their ads and their accounts, Finance Magnates reported on March 8.

(ICO) marketing company, the views of its advertisements through Adwords have dropped by the thousands. Below is a table from Finance Magnates showing views of the company’s advertisements over a 24 hour period. 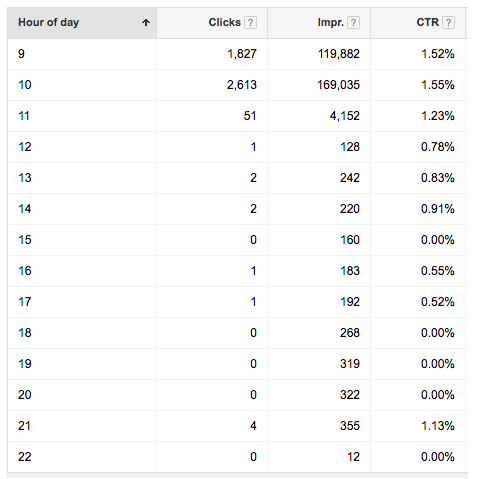 meaning that they are approved but will not show for certain age groups, regions, or devices.

A cursory search of the Google Adwords Account Issues section brings up several posts by companies in the crypto sphere that have written about their ads being suspended. Some even claim that their accounts have been suspended and terminated.

with no chance of reinstatement:

I have analyzed the website that is www.blockobi.com completely and I couldn't find any reason that is violating google policies. Our business is "blockchain technology development" and we provide services in UAE. Please suggest what I have to do in this regard as Google team is not telling exact issue/concern of suspension of our account.

In response to an inquiry entitled,

user MosheTLV commented that it may be because Adwords’ Financial Services regulations are not being followed by some crypto advertisers. User Andrew H posted on a similar thread that crypto related ads may be limited or blocked due to the

very high risk [of crypto investing] for customers, which is not made clear in any detail

in crypto advertisements, which could constitute a violation of the Financial Services regulations.

An unnamed source told Finance Magnates that Google is also considering an official ban of cryptocurrency-related advertisements this March.

However, Finance Magnates also reports that a month ago a Canadian regulator openly asked Google to initiate such a ban, but Google denied, explaining that the company did not want to limit an entire industry from Google advertising.

In an email to Finance Magnates, Google Adwords also denied any change in their Financial Services regulations that would block cryptocurrency or ICO related advertisements.