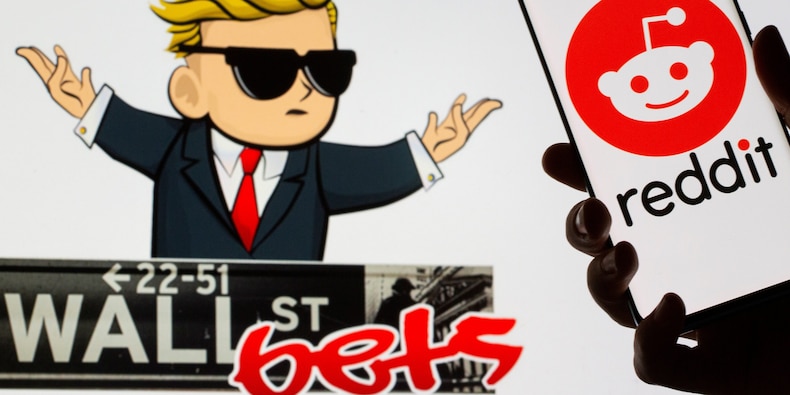 One in five investors said they've used Reddit to drive an investment decision in a recent Investing.com survey of 1,302 respondents.

The survey also found that 80% of investors who use Reddit for investing advice only began to use the platform after the Wall Street Bets-induced GameStop short squeeze played out in January.

Some analysts are predicting that the social media-driven retail investing trend that grew amid the pandemic will die down as COVID-19 cases decline in the US and Americans return to travelling, attending sports events, and dining in restaurants. But the survey sheds a light on the staying power of social-media investing: 70% of investors who used Reddit to drive their investing decisions plan to continue doing so during the coming year.

Reddit-users aren't restricted to younger investors, either. The survey found that 17% of investors born from 1928-1980 have used Reddit to drive financial decisions, with nearly half of investors above 40 years old downloading the app or going on Reddit since the GameStop drama.

"It's not at all surprising, given the recent Reddit WallStreetBets Meme Stocks saga, which dominated markets earlier this year," said Jesse Cohen, senior analyst at Investing.com. "The sharp spike and huge gains in those names drew investors – young and old alike – to the WallStreetBets forum to find out what stock everyone was coordinating to buy next."

Additionally, 55% of all survey respondents said they had used some form of social media like Twitter, StockTwits, or Discord, to make an investment decision.

And whether they're on social media or not, 47% of survey respondents said they had purchased shares of GameStop or AMC during the past three months.

The surveywas conducted on April 14-16 based on interviews with 1,302 U.S. adults from Investing.com's user database. The poll has a margin of error of plus or minus 2 percentage points.