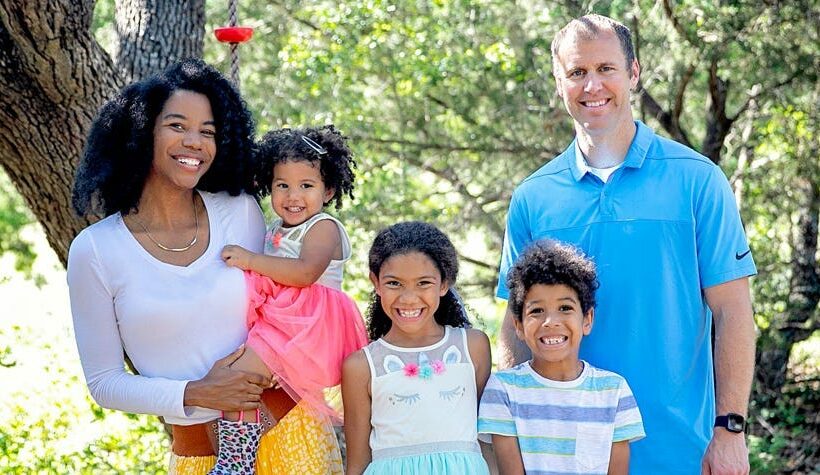 In 2018, Jennifer Borget and her husband Brian were expecting their third child and wanted more space for their growing family. They decided it was time for them find their forever home in Austin, Texas.

After searching, they realized it would be better to have their house built so that it could fit their budget and needs. They found a builder who could give them what they wanted with a $511,000 price tag.

After applying for a 30-year mortgage and closing on their home, the couple decided to try and pay it off in five years instead. They set up a plan that not only allowed them to reach that goal, but even exceed it — they paid down their mortgage in only two years.

Below, Jennifer shares the four main things they did to pay down their mortgage.

1. They planned for a big down payment

Jennifer and Brian made a 51% down payment — $260,000 — on the home, which reduced their mortgage by half. Although it was a large amount, they were able to pay it because they had always been avid savers, even when they didn’t know what they were saving for.

Since college, they had kept a tight budget on their expenses and always saved whatever was left over, even if it was as little as $50 a month. As their income increased, they did not spend more, but instead, increased their savings amount. This strategy managed to help them grow their savings gradually over 14 years.

“In the beginning, we knew we weren’t bringing in much money, so we had to just cut some of the things that we wanted to do — like we couldn’t afford cable, we couldn’t have an expensive, fancy cell phone line,” Jennifer told Insider.

When budgeting apps like Mint and EveryDollar became available, Jennifer began using those to track their progress and increase their savings goals. “The biggest thing for us was that as our income began to increase, we did not increase our spending very much,” she said.

2. They lived on one income and devoted the other to their mortgage

Their mortgage was $250,000. This meant they would need to put $50,000 a year towards their principal amount to pay it off in five years — equivalent to an annual income. So that’s exactly what they did.

The family of five cut down their monthly expenses enough to live off of Brian’s income as a city employee, while using Jennifer’s income as a digital content creator to pay off the principal amount on their mortgage.

At the end of the first year, the Borgets were able to pay the $50,000, which reduced both their principal and the interest they’d have to pay going forward. Jennifer realized that if she’d made payments every month rather than waiting until the end of the year, the amount paid on interest would be further reduced as her principal shrunk over time.

The second year, they began paying a little over $4,000 each month towards their principal instead of waiting to send a lump sum.

3. They did the math on refinancing and chose not to do it

At first, it seemed like a lower rate could save them hundreds of dollars on monthly interest payments. But after doing the math, Jennifer realized it would cost them $7,792.60 in processing fees to refinance. Over the course of a 30-year mortgage, these fees are negligible, and they could have saved a lot of money on interest as they thought at first glance. But since they planned on paying the mortgage down significantly ahead of schedule, it was cheaper to keep their current rate rather than pay the fees.

That moment was also a turning point for Jennifer. After seeing how much they would spend on interest for the next four years, she wanted to pay off their mortgage even sooner.

4. They put any extra money towards mortgage payments

Once they decided to try and pay off the mortgage as soon as possible, they began putting additional money towards the remaining $200,000.

“My flexible income was on the higher end and I realized if we pumped almost all of our income and savings — including some of the savings we’d set aside for our kids — into the mortgage, we could pay it off by the end of the year,” Jennifer said.

The pandemic had allowed them to save more than they usually would, because they were no longer spending on expenses such as gas or extra curricular activities. The couple also sold their previous home, which allowed them to contribute $70,000 towards their principal.

By 2020, they had paid off their mortgage and owned their dream home in full. Now, they’re focused on saving more towards their retirement so that they can become financially independent and retire early.

Laila Maidan is the Personal Finance Storytelling Fellow at Insider. She covers stories of peoples’ financial journeys. Have a story about a financial accomplishment to share? Email [email protected]

Disclosure: This post is brought to you by the Personal Finance Insider team. We occasionally highlight financial products and services that can help you make smarter decisions with your money. We do not give investment advice or encourage you to adopt a certain investment strategy. What you decide to do with your money is up to you. If you take action based on one of our recommendations, we get a small share of the revenue from our commerce partners. This does not influence whether we feature a financial product or service. We operate independently from our advertising sales team.