Home » Business » After 10 years as a Goldman Sachs analyst, here's how a founder pivoted into jewelry design and got her brand into Saks, Harrods, and on Rihanna's hands

The path had already been set out for Melissa Kaye. She had an undergraduate degree from MIT in engineering and computer science, along with a master's in computational finance from Carnegie Mellon.

She went on to spend 10 years working at Goldman Sachs as a quantitative strategy analyst. But by 2011, something changed, and she wanted to apply her mathematics and engineering knowledge to a passion of hers since childhood — jewelry design.

"I'm not really entirely sure where that interest came from," Kaye told Business Insider. "But when I was a kid, I had a little bench in my room set up that I used to just always kind of be making things."

After attending the jewelry design program for two years at the Fashion Institute of Technology, Kaye self-funded and launched her eponymous fine jewelry collection in 2014, which is now known for its high-quality diamonds.

"From a design perspective, if you look at the types of pieces that we make, they definitely tend to be very geometric in nature," she said.

Kaye initially held multiple hats at the company — working not just to develop collections, but also in personal sales as well as customer and client service. By 2015, all of the work paid off and she got her line into its first retailer — Saks in Beverly Hills.

Since then, her product has expanded into other major retailers such as the UK's Harrods and Net-a-Porter. Her brand has won fans among celebrities such as Rihanna and actresses Claire Danes, Rose Byrne, and Kristen Wiig.

Kaye said it was "definitely hard to get the attention of retailers," saying she had been reaching out to a number of different stores. "As a new designer, it's really challenging, and it's a very competitive market."

The breakthrough came through market appointments through a showroom, which was attended by one buyer who had a relationship with Saks, and expressed interest in the collection.

Today, the Melissa Kaye diamonds are made and sourced exclusively in New York City, with Kaye saying that it was important for her to find "reliable" and "ethical" sources to work with. She said she pays close attention to stone quality and cut consistency. It turns out, a background in math and engineering lends itself well to the jewelry industry.

"What I learned most as a student and also in finance, was really to have strong problem-solving skills," she said. When she was working in finance, she said, she was solving different kinds of problems, "but it all kind of comes down to an ability to solve and take complex problems and break them down into more manageable, smaller parts. And that of course applies to any business that you're running."

Speaking to Business Insider, Kaye gave three more key pieces of advice for those looking to make a drastic career switch and venture out to start their own business.

Melissa Kaye's first piece of advice for making a drastic career change is understanding everyone has their own career path, and it's essential to commit to yours. 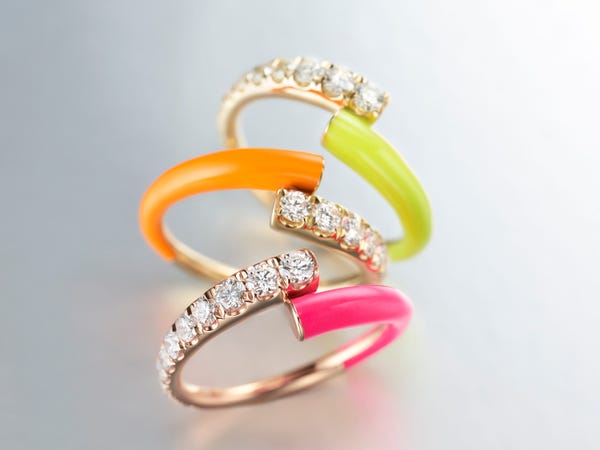 Kaye said one piece of advice she has for those looking to switch up career paths the way she did is to understand that everyone is going to have their own unique path, and that the new journey is one "you have to really commit to."

"I've had a number of people say to me like, 'Oh, are you doing this part-time?' And I just have to laugh. Cause I'm like, 'No, I'm doing this like double time,'" she said.

"If you want to start a business and you really want to push that business forward and be successful, you have to really be willing to invest a lot, and I don't just mean financially. I also mean a ton of time, tons of energy, and tons of thoughts."

She also said it's very important to not only believe in yourself, but also in the product you are trying to make and sell. 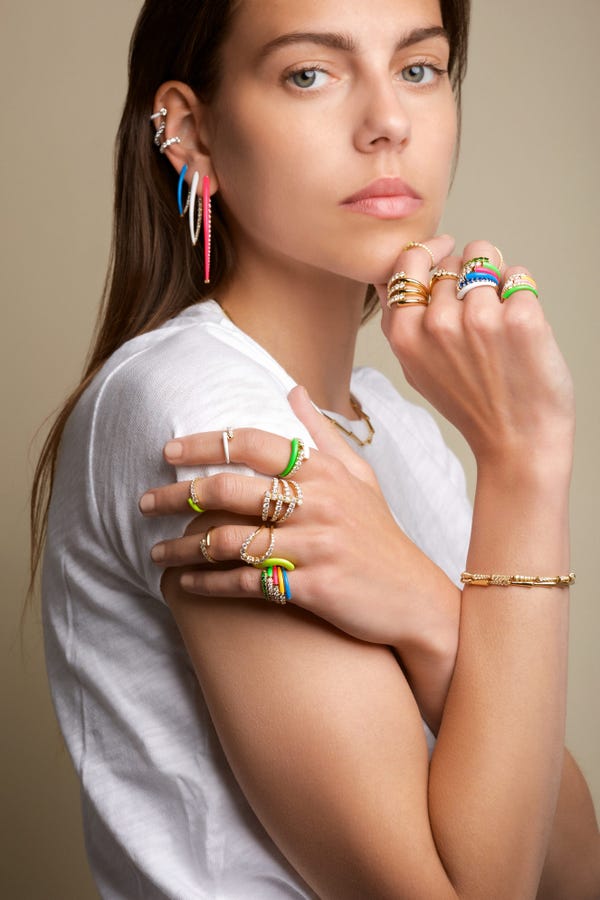 After committing to making a change, Kaye said it's important to believe in yourself and the product you are trying to sell.

"Especially if it's something that's more sort of design-oriented, like a jewelry business, you have to believe in your designs," she said. "If you don't, no one else is going to."

She also said it's crucial to be open to feedback from others who are currently working in the space you are trying to enter, and those who have more experience than you, but "believe in what you're doing" above all.

Finally, she said you better get used to hearing the word 'no.' 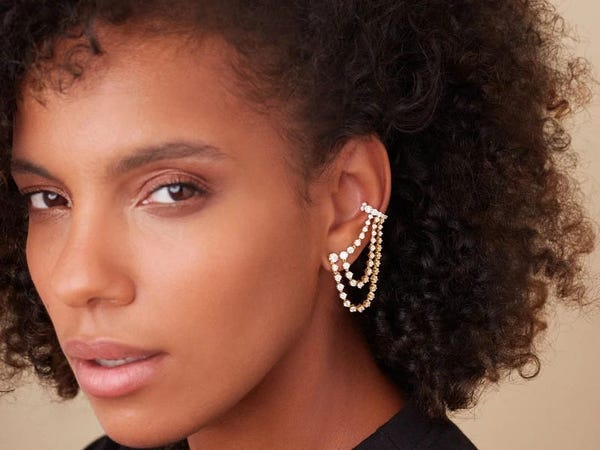 The word "no" is one that even accomplished entrepreneurs hear often, but Kaye said the word shouldn't prevent people from continuing on with their journey or their desired  career path.

In fact, it's important to not take rejection personally, she said. "Most of the time, it's not."