SYDNEY (Reuters) – Asian shares drifted lower on Wednesday after a lacklustre performance by Wall Street, while the dollar got a lift from robust U.S. retail data and a Brexit-driven dive in the pound. 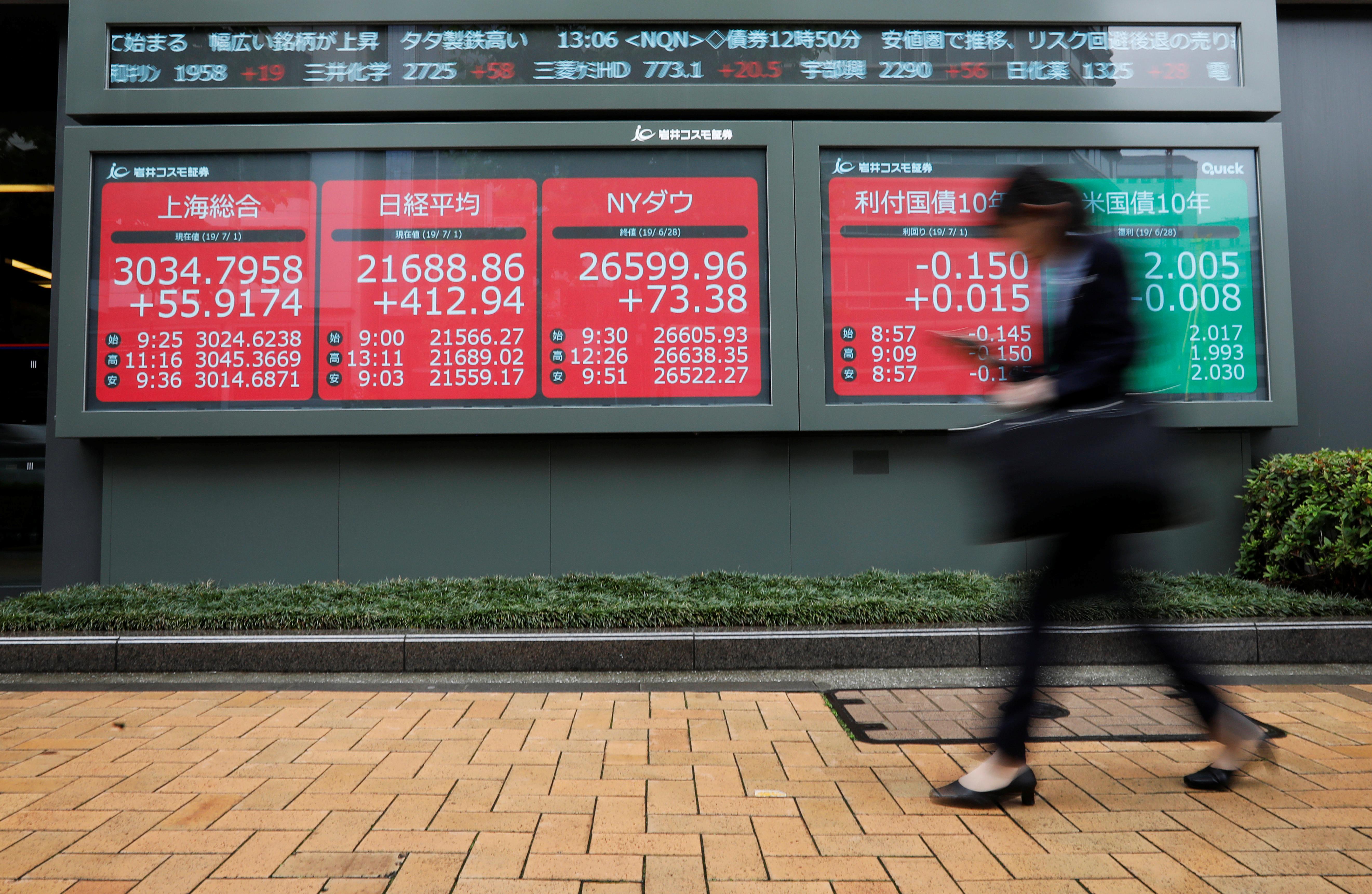 Oil prices also took a spill on hints U.S. tensions with Iran could be easing and as data showed stockpiles fell by less than expected last week.

Early action was muted with MSCI’s broadest index of Asia-Pacific shares outside Japan off 0.18%.

A surprisingly strong reading on U.S. retail sales released overnight had outweighed weakness in industrial production for the June quarter and boosted the dollar.

“We do not expect these solid (retail) results to impact the Fed’s decision to cut rates at the end of the month,” said Michelle Girard, chief U.S. economist at NatWest Markets.

“The Fed knows the U.S. consumer is strong; policymakers are worried about the downside risks associated with global growth and weak manufacturing/business investment, which is why they believe a rate cut is appropriate.”

In currency markets, sterling was the star for all the wrong reasons. It slid 0.9% overnight to 27-month lows amid fears the UK could tumble out of the European Union with no trade deal to soften the blow. [GBP/]

The dollar’s gains tarnished gold a little, with the precious metal easing to $1,403.57 per ounce from a high above $1,418 on Tuesday.

Oil prices tried to steady in early trade after falling more than 3% overnight. Brent crude futures edged up 17 cents to $64.52, while U.S. crude was flat at $57.62 a barrel.