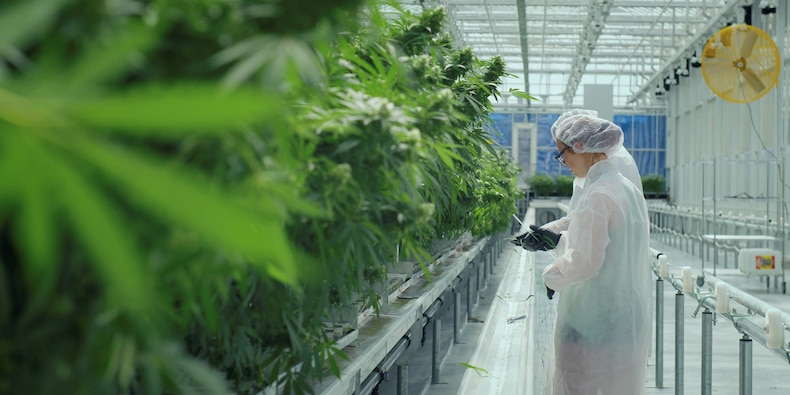 The Democratic candidate’s vote tallies in Georgia and Pennsylvania surpassed President Donald Trump’s Friday morning, leading Decision Desk HQ to call the race in Biden’s favor soon after. Democrats previously pledged to decriminalize marijuana at the federal level should Biden win the White House. Such a move provides a massive shot-in-the-arm for marijuana producers previously relegated to states where the drug is legal.

Friday’s surge follows a potent, albeit smaller, rally the session prior. Aurora leaped as much as 40% on Thursday as Biden slowly emerged as the frontrunner in the presidential election. Back-to-back climbs place Aurora shares at their highest since July and mark their largest two-day rally since May.

Read more: Raymond James’ investment chief details why Joe Biden and Mitch McConnell are the perfect pair to drive markets upwards — and lists 4 sectors he thinks are primed for gains no matter who’s in power

The industry also received a boost on Tuesday when voters in New Jersey, Montana, South Dakota, and Arizona all passed laws to legalize marijuana for recreational use.

Other Canadian pot producers gained on the news. Tilray soared as much as 55%, while Canopy Growth jumped roughly 18% at intraday highs. Aphria leaped as much as 12%. MJ, an ETF that tracks more than 30 producers and retailers, climbed as much as 14%.

From flipping burgers at McDonald’s to a self-made multimillionaire: How Willie Mandrell leveraged a simple real-estate investing strategy to acquire 40 units and achieve financial freedom