Home » Business » Cash-to-GDP ratio could hit 14-15%, the highest since independence

It is a classic case of extremes: The worst contraction in GDP along with the highest-ever levels of cash in the economy; and a severe dent in consumption together with strong growth in bank deposits and digital payments. 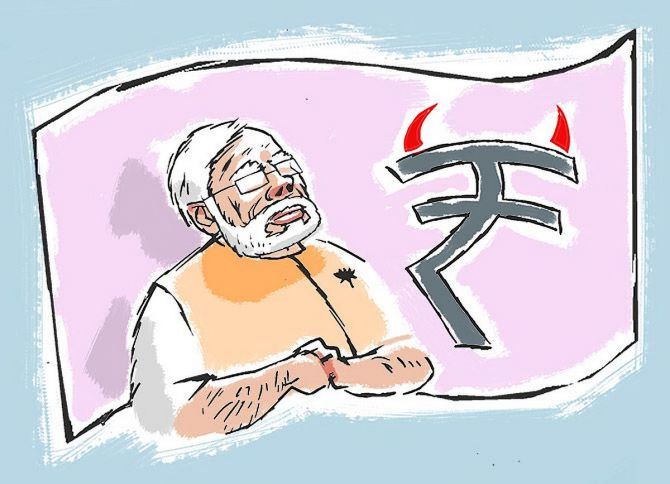 Four years ago, on November 8, when high-value currency notes (Rs 500 and Rs 1,000), which accounted for 86 per cent of the Indian currency in circulation, were demonetised, one of the aims was to propel the population towards digital modes of payment.

Data, however, shows that India has once again become a predominantly cash economy – with currency in the hands of the public crossing Rs 26 trillion in mid-September.

With respect to the size of the economy, the cash-to-gross domestic product (GDP) ratio is now likely highest since Independence.

If we assume that India’s nominal GDP contracts by 10 per cent this year, the currency with public would rise to about 15 per cent of the GDP, a Business Standard calculation shows.

In 2016, when Prime Minister Narendra Modi scrapped high-value notes, only to introduce new ones, cash was at Rs 17 trillion.

In four years after the disruptive move, cash has grown 53 per cent, at nearly the same rate.

But payments, too, are getting digitised faster than ever.

It is a classic case of extremes: The worst contraction in GDP along with the highest-ever levels of cash in the economy; and a severe dent in consumption together with strong growth in bank deposits and digital payments.

The drop in consumption has created a pool of money that is “unusable”, says a senior banker who requested not to be named.

“Even though salaries have been cut, there has been virtually no expense on restaurants, travel (petrol and diesel), entertainment, clothes, or even (buying of) house at the top end.

“This unused money is getting reflected in a high cash-to-GDP ratio,” he explains.

Experts say this is expected when the economy is facing an unprecedented contraction.

But evidence, as of yet, does not point to hoarding of cash by individuals.

However, household financial savings in the form of currency are slowly rising due to pandemic uncertainty, economists have noted.

The year-on-year growth in currency with the public touched 24 per cent towards the end of August and the beginning of September – much faster than the 10-15 per cent growth in most of FY20.

Similarly, deposits with banks are growing faster than before, and also faster than growth in credit disbursal.

In a tricky situation, the economy is flush with cash which people are spending (or investing) sparingly.

Apart from savings by way of low retail spending, measures taken by the Reserve Bank of India to maintain adequate liquidity in the banking system are also a reason.

“An important point is: How does the RBI decide to increase currency in circulation.

“Is it in response to demand from regional centres as consumers demand more cash through withdrawals?

“If that is the case, then the rise in currency in circulation will represent people’s cash hoarding preferences,” Parag Waknis, who teaches economics at Ambedkar University in Delhi, tells Business Standard.

“The current rise in currency with public could represent both people’s demand for liquidity and RBI’s decision to keep liquidity adequate,” he says.

Currency patterns are associated with festivals, sowing and procurement of farm produce, according to an RBI paper.

The jump in cash in FY21 could partly be due to this, since the festive season has begun.

An article by RBI economists had noted in June that Covid-19-related uncertainties have resulted in an outflow from savings instruments, such as mutual funds, and a flight to currency holdings.

Economists have underlined this as representative of risk aversion and spending aversion.

Soumya Kanti Ghosh, chief economist at the State Bank of India, says private consumption – the driver of India’s economy – is at play here.

“We are seeing a faster-than-expected dent in consumption in the coming quarters too.

“The festive season always gives hope, but with activity reduced to the essential and low-contact businesses, uncertainty looms large,” he says.

Along with the drop in consumption and the associated rise in cash, the economy is also witnessing a healthy rise in digital payments.

The number of users of Unified Payments Interface, or UPI, has nearly doubled in less than a year.

The value of UPI transactions, on apps such as BHIM, PhonePe or Google Pay, was Rs 1.9 trillion in November 2019.