For the best part of a decade, North Yorkshire has been dreaming about gold hidden beneath the brooding beauty of the moors.

A deep mine on the eastern edge of the North York Moors, the first in the UK for 40 years, promised to bring jobs, investment and spectacular returns for anyone who dipped into their pockets to help fund it. But in the end, no one but a handful of hedge funds and a global mining giant is likely to make any money out of North Yorkshire’s buried treasure.

In 2011, a little-known company called Sirius Minerals unveiled plans to dig at Sneatonthorpe, a few miles south of Whitby, the seaside town known for fish and chips and a starring role in Bram Stoker’s Dracula.

The Woodsmith mine would extract polyhalite, a mineral so uniquely packed with nutrients that agricultural buyers would queue up to buy it, delivering hundreds of millions of pounds in profit each year.

For 85,000 small investors, the £4bn project seemed like a once-in-a-lifetime investment opportunity, not to mention a chance to bring 1,000 permanent jobs to a region that has suffered from nearby Teesside’s industrial decline.

“We felt as a family that if there was going to be a long-term benefit to the area we were almost duty bound to put a bit in,” says local dairy farmer John Cook, whose cows supply milk for Morrisons supermarkets.

Cook leads a 450-strong group of landowners in the Yorkshire Coast Minerals Association, who all stand to earn royalties once the mine is up and running. A return on the shares would have been a very welcome windfall in the meantime, given how precarious farming incomes can be.

But now such dreams are hanging by a gossamer thread, after Sirius’s financing plans dramatically fell apart last year. Those who bought shares when they smashed through 40p in August 2016 has watched their investment collapse since. 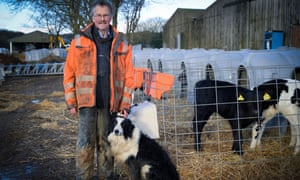 “You do think ‘Oh crikey, when it was 38p we should have sold,’” says Cook, whose family were lucky enough to have bought the shares relatively cheaply. “But there are stories of people who’ve drawn out their life savings, and you feel very sorry for them. It’s a real shame, is that.”

Scarborough’s Conservative MP, Robert Goodwill, agrees. “What’s really sad is that people have invested more than they can afford to lose, even cashed in their pensions. There’s a guy in Middlesbrough who got £250,000 compensation for an injury he got in the military, and put it all in.

“A lot of people invested because they heard people talking about it in the pub and could see it starting to take shape. People wanted to support the local economy.”

Sirius’s vaulting ambition began to fall flat when a £400m bond sale flopped in September last year, triggering the share price crash that has dealt such damage to small investors.

Chief executive Chris Fraser blamed factors including Brexit and a lack of support from the government, which refused to provide a loan guarantee for the mine, despite its potential as a vote-winning northern industrial project. 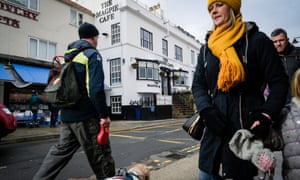 The success of the bond sale was a key condition to unlocking a further $2.5bn (£1.9bn) in loans from Wall Street banker JP Morgan, funds which duly evaporated.

The Woodsmith mine plan involves sinking two mine shafts and digging a 23-mile tunnel under the North York Moors to take polyhalite to a complex on the Teesside coast, to be shipped to buyers around the world. It’s a plan widely seen as ambitious – a slow-burner – but feasible. Buyers have already signed “offtake” agreements for millions of tonnes of polyhalite.

Yet without funding, the mine is little more than a hole in the ground.

Now, small shareholders are gearing up for one final chance to make their voices heard. Anglo’s 5.5p-a-share offer values the company at £405m, or £524m including debt, which is well below the returns they were hoping for.

But the mining firm, which also owns the De Beers diamond group, says its offer is fair, and points out that it will have to invest a further $3bn before any polyhalite is extracted. Sirius’s board has recommended that shareholders accept the offer at a vote in London on 3 March, to prevent the company collapsing into administration – and wiping out the value of the stock altogether.

For the deal to go ahead, two hurdles must be cleared.

Investors owning 75% of the company must back the deal, but the takeover also requires the backing of a majority of those present at the meeting, plus those voting by proxy. This is effectively a one-shareholder, one-vote system that minimises the effect of financial muscle and maximises the power of the 85,000 disgruntled small investors, who could theoretically vote against the offer en masse.

To do so might seem illogical, but some have pledged via online bulletin boards to vote against, in an act of vengeance for the perceived mismanagement of the company. Others, such as the web-based Fund Sirius shareholders’ group, believe there must be an alternative way to raise funds or find another buyer.

Last week, holdout investors won support from investment firm Odey Asset Management, which amassed a 1.3% stake and started waving it about just as the saga was coming to a head. The firm, run by multimillionaire hedge fund guru Crispin Odey, claimed in an open letter that Anglo’s offer makes a “mockery” of the true value of Sirius.

Odey says Anglo has not declared its offer final because it wants to retain the option to raise it again, should a rival be willing to pay more. Anglo must, he said, either raise the price to 7p a share or declare its offer final – otherwise the fund would vote against.

The profit for Odey on a 7p bid is about £1.4m, which is chump change in the hedge fund world, but not bad for a couple of weeks’ work and an open letter. 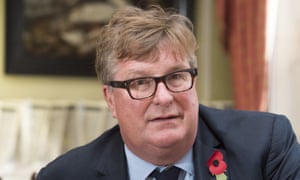 Cook, who is in regular contact with other small investors, says Odey’s intervention has changed things: “That will influence some smaller investors, so it’s going to be very interesting. It really is a bit of a cliffhanger.”

Peter Dodge, a barrister at Radcliffe Chambers in London who specialises in financial services law, points out that Odey has no obligation to do what’s best for anyone but Odey.

“They [Odey Asset Management] have a duty to their investors to maximise the return for the fund. What they’re doing is a form of risk arbitrage – buying into a takeover situation on an opportunistic basis. The risk is that if they put a bit of lead in the pencil of wavering shareholders they could cause the whole deal to collapse, meaning jobs could be lost in the local economy and small investors’ shares wiped out. It’s a game of chicken.”

Of course, investing in equity always carries a risk and anyone who put more money in than they could afford was making a bad choice. But Dodge fears some of those who did so may not have been properly warned of the risks, whether by stockbrokers or unscrupulous financial advisers.

“People are going to make some big losses and somebody is going to end up sniffing around to see whether they’ve been badly advised, or at least not properly warned,” he says.

Robert Goodwill MP, who also owns shares in Sirius, is urging fellow shareholders to follow his example and accept Anglo’s offer, swallow their losses, but ensure the mine still goes ahead.

“They’ve spent £1.1bn so it’s not just something that might happen: there’s a big hole in the ground. The tunnelling is happening, and Chinese, Indian and American customers are signing agreements for millions of tonnes,” he said. “People need to realise that there is no Plan B.”

Polyhalite, a rare mineral salt that works as powerful fertiliser, is at the centre of Anglo American’s bid. Sirius Minerals – and its would-be buyer – want to extract it in large quantities from a mine almost a mile beneath the North York Moors.

What is it?
Polyhalite is a hydrated sulphate of potassium, calcium and magnesium, essentially a high-grade form of potash. It’s exciting stuff – or at least more exciting than it sounds – because it is an extremely potent fertiliser that also happens to be completely organic.

What is it used for?
Growing crops. Advocates say its unique mix of nutrients makes it superior to other fertilisers, including more basic forms of potash.

Where does it come from?
Mostly the North Yorkshire coast. While polyhalite is found elsewhere in the world, the only seam that has been mined lies 1,500 metres below the ground south of Whitby, extending into a sizable area beneath the North Sea. It was deposited around 260 million years ago, as the Zechstein Sea, which once covered much of modern Europe, evaporated.

What does Sirius want with it?
Polyhalite is already being extracted at Boulby mine, further north. Sirius Minerals wants to dig a much deeper mine, called Woodsmith, where it would extract polyhalite and grind it into a powder to produce pellets with the commercial name Poly4 – or K2SO4MgSO42CaSO42H2O for short. It could then be ferried via a 23-mile underground conveyor belt to the coast for export.

What’s so great about Poly4?
Plants need six key minerals, and Poly4 contains four of them – potassium, sulphur, magnesium and calcium – making it ideal for use in agricultural fertiliser. Sirius says the pellets are cheap to produce, certified for organic use and offer high crop yields.

How much is there?
Sirius believes it has a resource of 2.6 billion tonnes of polyhalite, although only a fraction of that is likely to be recoverable. It could start mining within two years and continue for another 100, up to a maximum annual output of 20 million tonnes. Unfortunately, it has run out of cash to develop the prospect, but its probable buyer, Anglo American, has much deeper pockets.

Is there a market for it?
Some sceptics have cast doubt on whether there is enough global demand for polyhalite to support Sirius’s plans. However, an expanding global population means ever greater need for food production and, therefore, fertiliser. Sirius already has “offtake” agreements with customers who say they will buy millions of tonnes of the stuff.