Home » Companies like CVS and Kroger are pushing deeper into healthcare with mixed results. Here's how they plan to upend the $3.8 trillion industry. 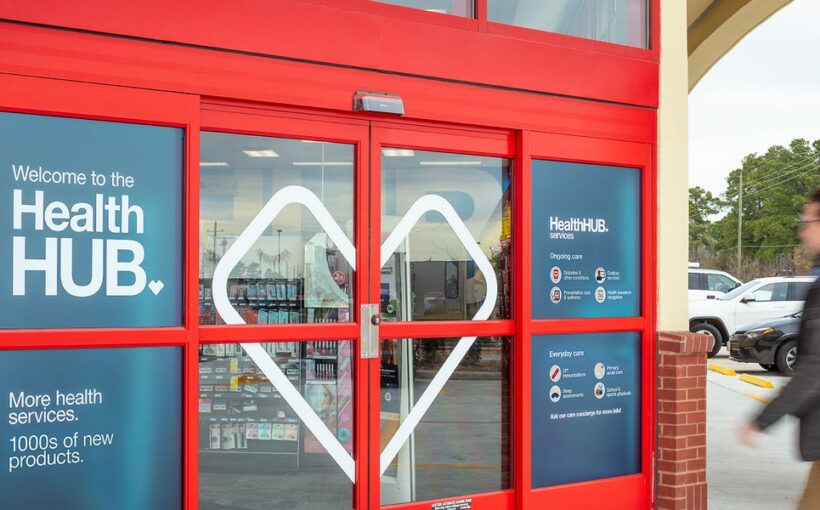 The pandemic is redefining what what health and wellness means for Americans.

After nearly a year of extended isolation and more than 500,000 deaths from COVID-19, many corporate retailers have seen their attempts to take on the $3.8 trillion healthcare industry go sideways.

During the pandemic, established industry leaders have struggled to adapt, while newcomers hoping to get a piece of the pie had their hopes dashed by shifted priorities. In February, a preliminary analysis from the nonprofit Altarum estimated that in 2020, US healthcare spending may decline for the first time in 60 years.

In January, Walmart, Walgreens, CVS, and Kroger were gearing up to participate in the vaccine rollout, after 10 months of catering to pandemic era consumer’s fears and anxieties by adding curbside pickup, expanding telemedicine, and offering COVID-19 testing.

Much like how tech giants have struggled with their push into healthcare, retailers’ sky-high expectations for growth combined with the pandemic’s upheaval have also been a stumbling block as they push deeper into healthcare. For all the influence massive companies hold, America’s health is still the toughest nut to crack.

Here’s how the country’s largest retailers are doing in their efforts to shake up healthcare.

This article was initially published on March 1 and has been updated with additional healthcare plans from retailers.

Walmart's once-ambitious plan to disrupt healthcare is in flux, with clinic expansion plans slowing since the pandemic hit. 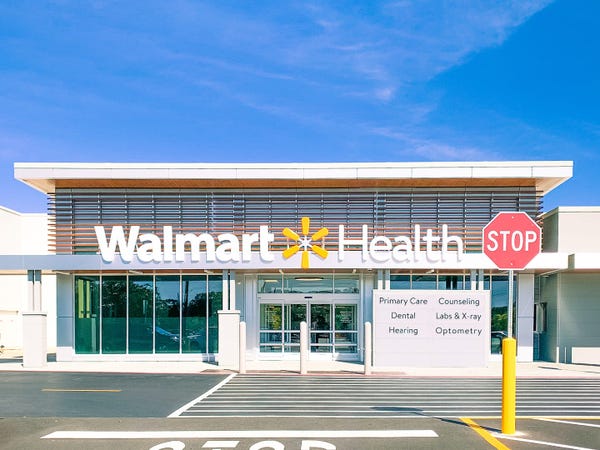 Less than two years after Walmart announced plans to roll out low-cost primary care Walmart Health centers, the retail giant has already begun pulling back from healthcare expansion. Via conversations with eight current and future employees, Insider learned that the company is not on track on earlier projections for clinic expansions.

In November 2018, Walmart’s board of directors approved a plan to build 4,000 clinics by 2029, but those plans have since changed. Three current employees and one former employee confirmed in 2021 there are now no set numerical goals for the clinics.

The goal once publicly announced in 2019, was to do for healthcare what its supercenters did for retail: offer a breadth of services at a much cheaper price point than rivals.

The big box company provided a response to Insider’s reporting, saying it continues to “experiment” with Walmart Health centers. Pointing to its pharmacy curbside delivery, COVID-19 testing, and participation in the US’s nationwide vaccine rollout, Walmart said the pandemic had reaffirmed its commitment to healthcare.

Despite early clinics exceeding expectations, Slovenski’s departure in August and the pandemic have stifled once aggressive expansion efforts.

CVS Health is connecting the dots between retail pharmacy and primary care. 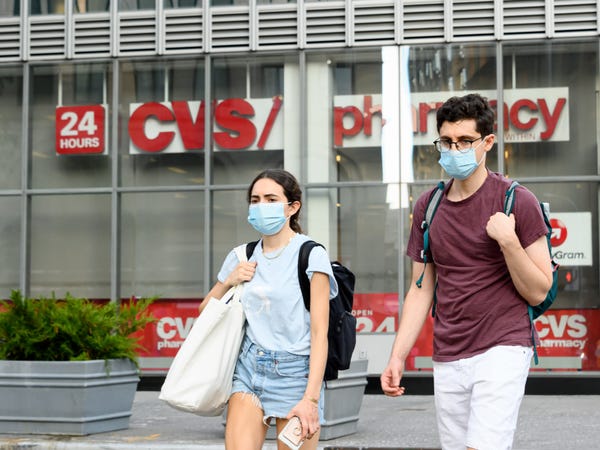 CVS Health wants to reinvented itself as a place where consumers can combine their healthcare and retail needs.

To kick it off, CVS acquired health insurer Aetna in 2018. The company has since rolled out 650 in-store clinics, known as “Health Hubs” where consumers can get health screenings, COVID-19 tests, and vaccinations. The goal is to have 1,500 Health Hubs across its more than 9,900 stores by the end of this year.

In February, former Aetna president Karen Lynch took over for Larry Merlo as CVS’s CEO. Lynch told Insider she is making it her mission to integrate Aetna and CVS experiences. For instance, in the company’s February earnings call, Lynch said CVS had enrolled 6 million people in health plans that offer low or no-cost visits to CVS’s MinuteClinics for care.

The company has also expanded its efforts to include virtual care, a technology-enabled care option made more attractive by the pandemic. Across 33 states, MinuteClinic nurse practitioners are doing virtual visits, Lynch said. The company is currently testing a virtual primary care program with hopes of offering it widely next year.

CVS is also re-entering the ACA individual marketplace via co-branded CVS-Aetna plans in 2022, which could serve as a key source of business.

The coronavirus vaccine rollout has accelerated Kroger's push into healthcare. 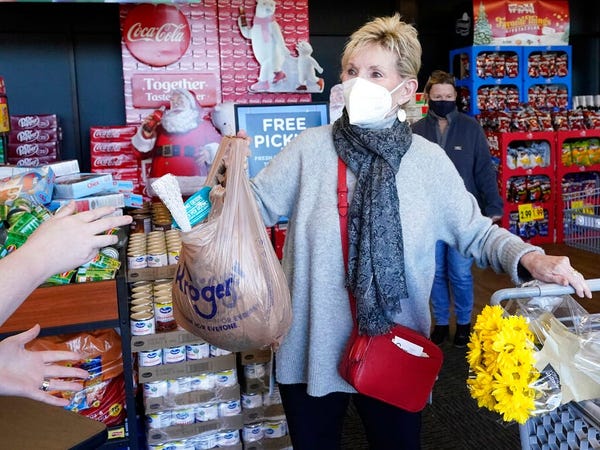 In February 2019, Insider spoke to Colleen Lindholz, the head of Kroger Heath, the grocery giant’s restructured health and wellness division. Back then, Lindholz laid out a vision of Kroger keeping customers healthy through “food as medicine.”

By tracking customer data on the groceries they bought and their Kroger clinic-filled prescriptions, the company wanted to offer customers lifestyle counseling services to nudge customers towards healthier habits.

Then US healthcare priorities shifted as the pandemic hit. Along with CVS and Walgreens, Kroger’s 2,200 pharmacies and 220 clinics have contributed to nationwide COVID-19 testing and vaccination efforts. In February, Kroger announced a partnership with biotech company Gauss for an app-enabled rapid antigen COVID-19 test, pending emergency FDA approval.

Amazon is pushing ahead in healthcare through its pharmacy and virtual care services. 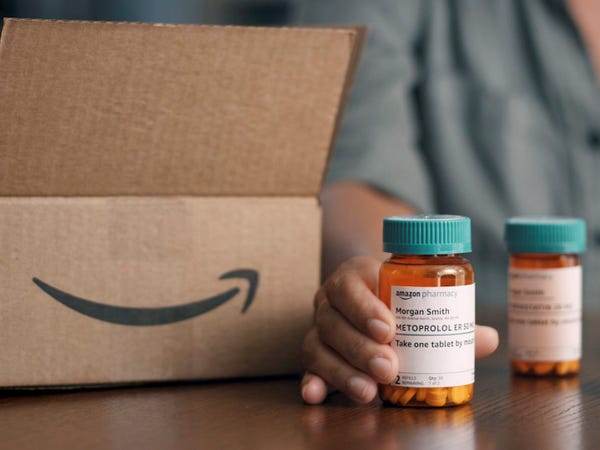 Amazon went through the ringer with Haven, its joint venture with Berkshire Hathaway and JPMorgan, that struggled since its 2018 inception in its mission to bring down healthcare costs,

The company’s acquisition of PillPack that same year, however, is a different story.

From Amazon’s initial move into the prescription drug business to now, the company has managed to launch its long-anticipated Amazon Pharmacy service. Its November 2020 launch sent retail pharmacy stocks tumbling as the possibility of Amazon encroaching on yet another segment of American life became real.

On top of taking customers from CVS and Walgreens, Wall Street analysts predicted Amazon could snatch business from pharmacy benefit managers, the hidden middlemen that distribute prescriptions, rebates, and discounts for health insurers and large employers.

Amazon Care, the company’s primary care option currently in use by its own employees, is set to grow beyond Amazon employees in 2021. In December, Insider learned the company is plotting a national Amazon Care expansion, and plans to roll out its in-house suite of home visits, remote care, and prescription deliveries to other employers.

Amazon, like other tech companies hoping to enter healthcare, faces pressures from its corporate division to scale quickly. Even so, Amazon’s healthcare ventures can serve other purposes, like its pharmaceutical drugs expansion getting more people to sign up for Prime.

“As long as Amazon is improving their offering, they’re happy to not make money elsewhere as long as it feeds into Amazon Prime,” Josh Mark, a director at AposHealth and former healthcare analyst at CB Insights, previously told Insider.

Walgreens has doubled down on partnerships to counter pharmacy rival CVS Health. 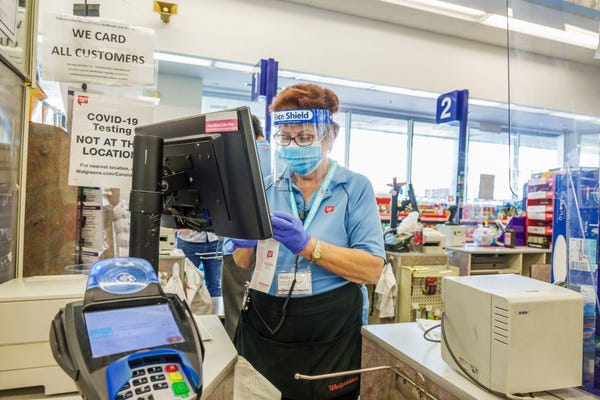 Walgreens is betting its work with partners can help it build a healthcare strategy that goes beyond retail pharmacies.

In 2019, Walgreens closed 150 of its in-store clinics, but kept those that partnered with healthcare providers. Since then, the company has only continued to add to its list of partnerships, announcing plans last July to invest $1 billion into primary care startup VillageMD over a three year time frame.

Walgreens also has an internal healthcare platform project in the works. Details are sparse, but the in-house startup run by a 200-person team is not trying to reinvent the wheel. Instead, Walgreens plans to combine services offered by its partners into a singular Walgreens experience.

“Our role will be an integrator of the best that exists and surrounds the consumer,” Walgreens’ global CFO James Kehoe said at JPMorgan’s annual healthcare conference.

In the past, Walgreens has struck up partnerships with companies like Microsoft, Kroger, Humana, Verily, and UnitedHealth Group.

Despite collaborating with big names, the company has struggled to define a long-term growth strategy while competitors like CVS Health and Walmart ramp up their efforts in pharmacy and prescription drug delivery, Jefferies analyst Brian Tanquilut told Insider in January.

New leadership could impact what Walgreens does next in healthcare. On March 15, incoming CEO Roz Brewer will begin her tenure. Analysts were split on whether Brewer’s retail industry experience at Starbucks would turn the Walgreens ship around, or sink it entirely.

Best Buy has continued to home in on aging customers, rolling out its Lively emergency response app to Apple Watch and adding an Alexa-enabled flip phone for seniors. 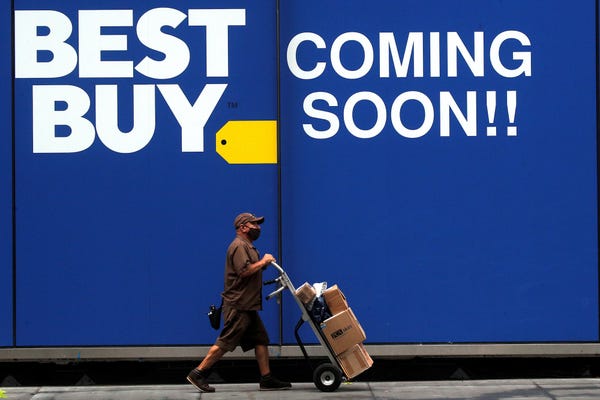 Since buying emergency device GreatCall for $800 million in 2018, Best Buy has tailored its healthcare technology offerings to elderly consumers hoping to maintain independence in their later years. On its website Best Buy states that its goal is to “make home the center of better health.”

Though Best Buy saw its overall sales grow in the initial months of the pandemic as people facing extended isolation sought out home electronics, the company has laid off workers and cut off hours in recent weeks, The Wall Street Journal reported in February.

In March, the company announced a new partnership with Apple, rolling out its Lively Services app for seniors to the Apple Watch.