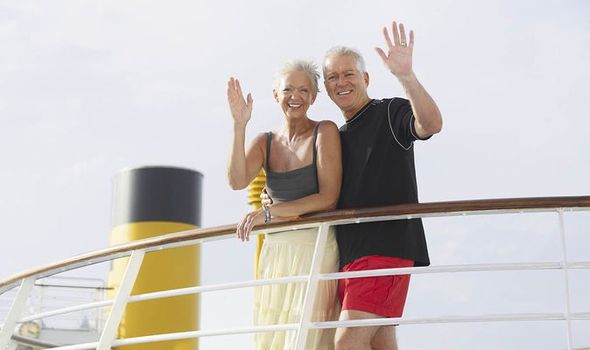 For four months however the thousands of pounds Alex and Virginia King were expecting remained outstanding, prompting them to contact Crusader about their fraught trip that took place in Florida earlier this year. Then, buffeted by a rapidly changing situation, they suddenly found themselves having to navigate cancellations and new bookings both by air and sea.

It was following a family bereavement the couple had decided to organise a few weeks stay in the sunshine state during February before returning in March on Cunard’s Queen Victoria.

++ If you’ve been affected by this issue or feel you’ve been a victim of injustice, please contact consumer and small business champion Maisha Frost on [email protected] ++;

Thirty years of blissful voyages with the British cruise line has earned the pair, now in their 60s, membership of its elite Diamond World Club.

“But just three days after arriving my wife was in hospital after a bad fall, although fortunately our medical insurance came to the rescue,” says Alex.

“Once she was discharged we decided to keep our return cabin booking, thinking a relaxing trip would help her recuperate.”

But this was on the cusp of lockdown and travel restrictions looming.

“On March 13 we were told the Queen Victoria voyage was on schedule,” Alex recalls.

“Next day it was cancelled and we were assured our repatriation would be organised. But then it all went quiet, we felt stranded and decided we must make our own arrangements. It was a dreadful time as a flight we had also booked as part of the holiday was also pulled. But we sourced a hotel room until we could find a flight home that was going.”

The pandemic’s toll on holiday companies and the difficulties they now face have been unprecedented.

But with almost £17,000 at stake for the Kings we asked operators if they could speed up processing their claims.

Cunard has now issued its refund, so has Virgin Atlantic and Mastercard Gold insurance cover the couple had through their HSBC bank card has also come up trumps.

“We have come out even, the travel insurance did well for us too,” Alex told Crusader when thanking us for our support.

They now expect more refunds because of other cruises that they had already booked for a few months’ time are being cancelled.

“It’s so sad,” they say. “We have had wonderful times on cruises, but we will have to see in future.”

• Alex and Virginia’s names have been changed