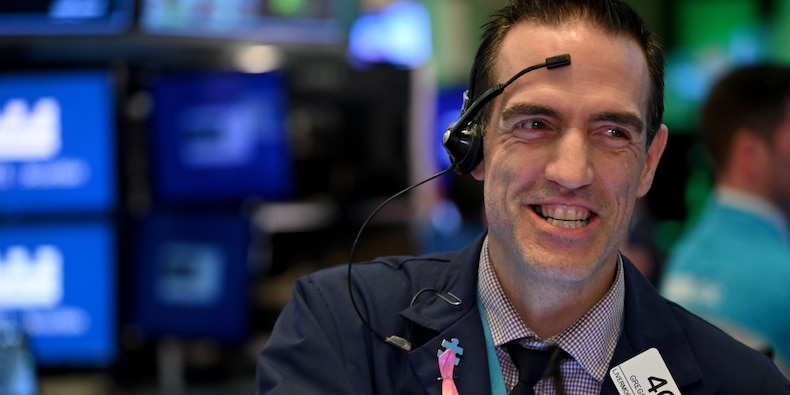 US Treasury secretary Janet Yellen pushed for Congress to pass a $1.9 trillion stimulus package in a Sunday interview. “If we don’t provide additional support, the unemployment rate is going to stay elevated for years to come,” she told CNN. Her comments follow last week’s disappointing payrolls report; The US added 49,000 jobs in January, missing the estimate of 105,000 additions.

The S&P 500 and Nasdaq closed at records last week to finish the first five trading days of February.

“Reasons for the surge include the end of the short-interest induced frenzy, a gradual slowdown in the number of new Covid-19 cases in the U.S., an improvement in global GDP growth estimates, and the likelihood that most of the Biden $1.9 trillion stimulus package will be approved by congress,” said CFRA’s Sam Stovall on Monday.

Bitcoin soared 13% to all-time-highs of $43,725.51 Monday morning after documents filed with the SEC revealed that Tesla invested $1.5 billion in the popular cryptocurrency. The electric vehicle maker also said it plans to accept the cryptocurrency as payment. Bitcoin’s previous record high was $41,946.74 on January 8.

Here’s where US indexes stood after the 9:30 a.m. ET open on Monday:

Read more: Bank of America says investors might start selling stocks and buying bonds sooner than expected. Here’s when it could happen, and what to own for maximum income if yields keep rising.

The latest investor dipping into the SPAC space is US hedge fund Elliott Management, known for its activist leaning. The Wall Street Journal reported Elliott has been meeting with bankers to raise more than $1 billion to create a special-purpose acquisition company.

Dating app Bumble increased its IPO size to $1.8 billion on Monday, according to a regulatory filing. The company will now offer 45 million shares priced at between $37 to $39 per share.

Read more: GOLDMAN SACHS: Buy these 13 stocks poised to benefit from surging commodity costs – including 2 set to soar by more than 40%