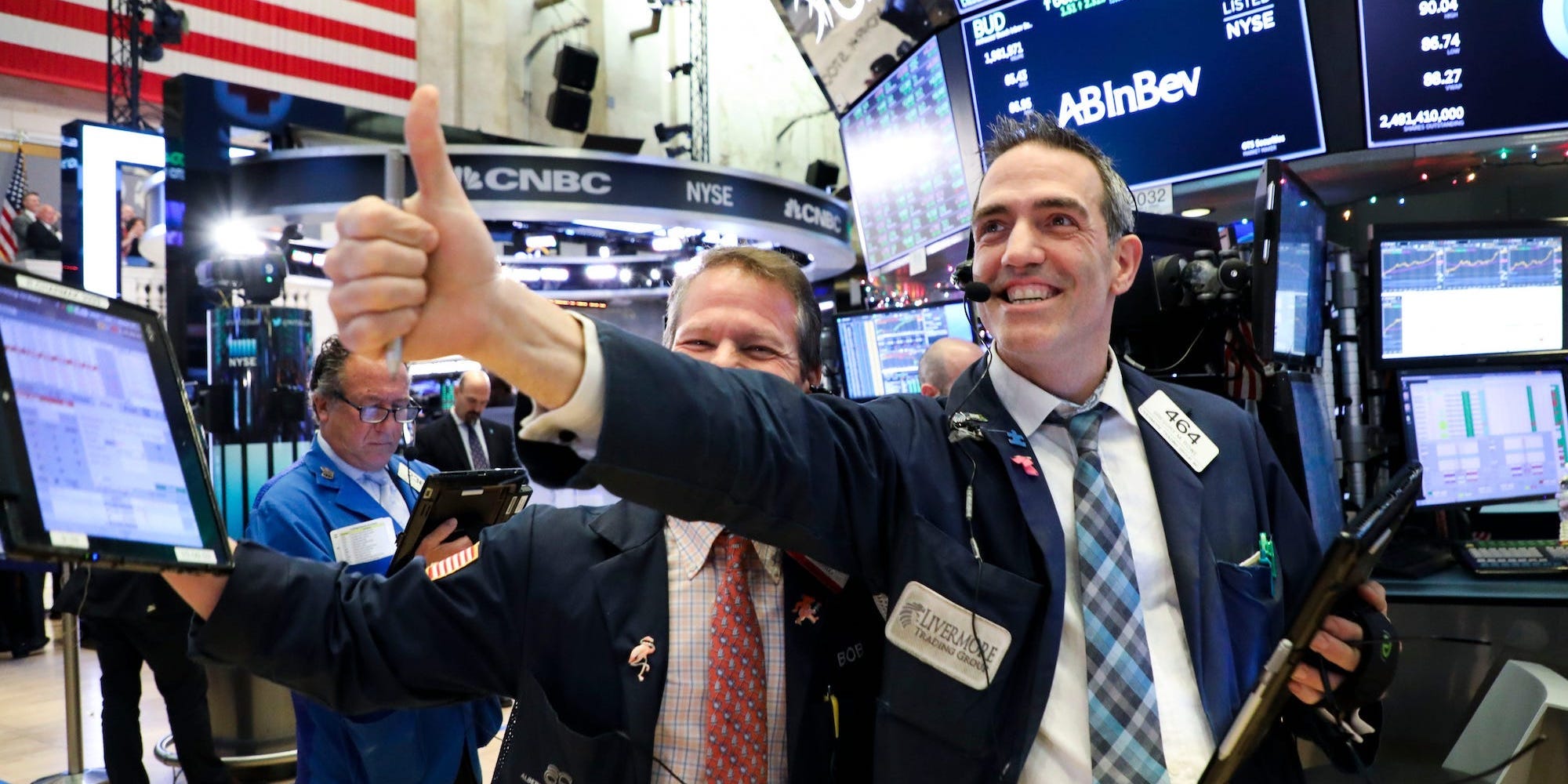 US stocks moved higher on Friday as negotiations continued on another round of fiscal stimulus to combat the economic decline caused by the COVID-19 pandemic.

House Speaker Nancy Pelosi and Treasury Secretary Steven Mnuchin had been trying to make a deal before the November election, but President Donald Trump said earlier this week that negotiations were over.

Fast-forward to Friday, and the talks are back on.

Here’s where US indexes stood at the 4 p.m. ET market close on Friday:

Read more: Fund manager Brandon Nelson is tripling his benchmark in 2020 with ‘less-discovered’ companies that become big winners. Here are 3 themes and 9 stocks he’s betting on.

Senate Majority Leader Mitch McConnell said on Friday morning that a stimulus deal before the election was unlikely. But shortly after McConnell spoke, the White House economic advisor Larry Kudlow said Trump had raised his offer to a $1.8 trillion deal from $1.6 trillion. House Democrats recently passed a $2.2 trillion bill.

“I would like to see a bigger stimulus package, frankly, than either the Democrats or the Republicans are offering,” Trump said in a radio interview with Rush Limbaugh on Friday.

A deal would likely include another round of stimulus checks for Americans, aid for the airline industry, and an extension of the Paycheck Protection Program, among other things.

JPMorgan said on Friday that a deal appeared to be inching closer to reality after Trump’s reversal from pulling out of negotiations earlier this week.

The takeaway from the stimulus headlines “should be seen mostly incremental progress that keeps a stimulus deal hope alive, but ultimately still pretty unlikely before elections,” JPMorgan said.

Read more: Buy these 7 stocks poised to profit from the boom in packaged-food sales as COVID-19 prompts more Americans to cook at home, Stifel says.

Shares of Xilinx soared as much as 17% on Friday after reports that AMD was in advanced talks to acquire it. Gains in semiconductor stocks broadly helped boost technology names.

The economic recovery in the UK showed signs of slowing: It reported August GDP growth of 2.1%, well below the expectations of 4.6%.

Goldman Sachs upgraded General Electric to “buy” and set a $10 price target, citing the potential for a COVID-19 vaccine to boost its aviation business.

Shaquille O’Neal joined the SPAC craze, announcing that he would join forces with three Disney executives and Martin Luther King III to raise $250 million to help fund a deal targeting the tech and media space.

Read more: Self-taught market wizard Richard Dennis took a $1,600 loan and turned it into an estimated $200 million. He shares the 13 trading rules that turned his performance parabolic.