The number of ultra rich falls to 2.56 lakh in 2018 from 2.63 lakh. As much as Rs 262 lakh crore of the wealth possessed by the high networth individuals are in the form of financial assets, while the rest are parked in physical assets. 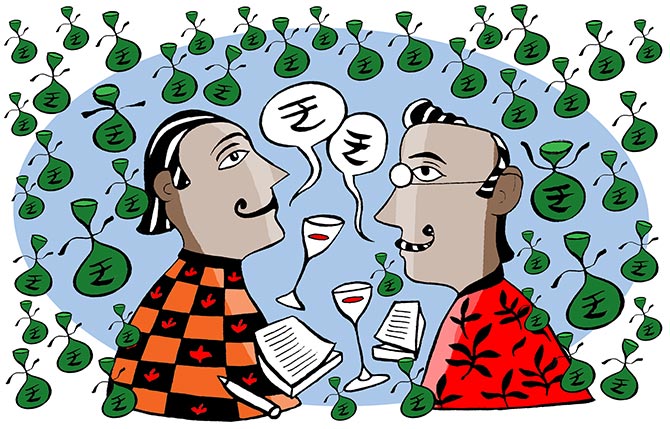 High networth individuals have seen their wealth growth slowing down in 2018 to 9.62 per cent from 13.45 per cent a year ago, while their number has de-grown, says a report.

High networth individuals are those with an investible surplus of over $ 1 million, and their number has crimped to 2.56 lakh in 2018 from 2.63 lakh in 2017, according to the data collated by Karvy Wealth Management.

The report comes even as more eye brows are being raised repeatedly over the rising inequality in the country, where the rich are getting richer and the poor, becoming poorer and at a faster clip.

As much as Rs 262 lakh crore of the wealth possessed by the high networth individuals are in the form of financial assets, while the rest are parked in physical assets, it said, adding the ratio has remained broadly the same at 60:40.

Among financial assets, direct equity exposure is the largest at Rs 52 lakh crore, but growth in this segment plunged to 6.39 per cent from a high 30.32 per cent in 2017.

In line with broader trends, growth in fixed deposits and bonds rose 8.85 per cent to Rs 45 lakh crore in 2018 from 4.86 per cent growth in the previous year.

Insurance is the third biggest component among financial assets at Rs 36 lakh crore, while bank deposits are worth Rs 34 lakh crore.

Much to the chagrin of the policymakers, gold is the most preferred asset class among physical assets for the rich as well, with nearly Rs 80 lakh crore of their wealth parked in the yellow metal.

In line with market trends, growth in value of real estate holdings, second biggest asset class worth Rs 74 lakh crore, slipped to 7.13 per cent from 10.35 per cent in 2017.

The agency estimates individual wealth to grow at 13.19 per cent every year till FY24 to touch Rs 798 lakh crore and a gradual rise in financial assets.