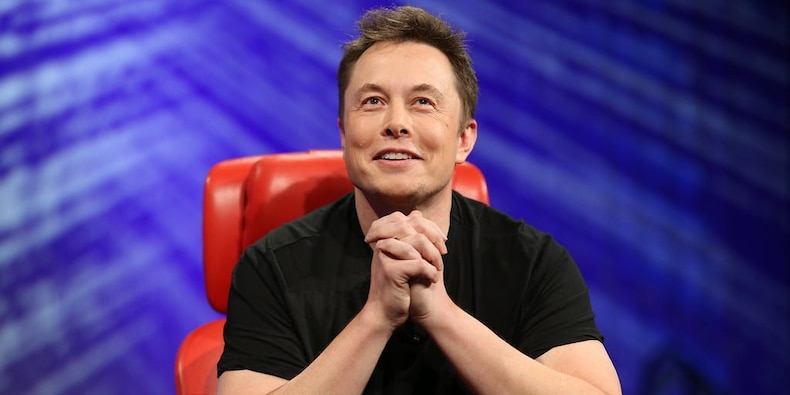 Musk saw his net worth rise by about $7 billion to $128 billion on Monday, according to the Bloomberg Billionaires Index, as Tesla’s market value nears $500 billion.

He predicted last year that self-driving Teslas, which are still a work in progress, would boost the automaker’s market cap to $500 billion. At the time of Musk’s prediction, its market cap was under $45 billion.

The increase in Musk’s wealth places him second to Jeff Bezos, who is currently the world’s richest person with a net worth of $182 billion.

Musk and Gates have already had a conflicting year as they have repeatedly disagreed over everything from the coronavirus to electric cars. The public differences began when Gates said even though he thought Tesla has helped drive electric-car innovation, he bought one from Porsche. Separately, Musk even called Gates a “knucklehead” for criticizing his efforts on conducting coronavirus antibody studies.

Read More: MORGAN STANLEY: Buy these 4 undervalued aerospace stocks that will each surge at least 20% in 2021

Tesla’s surge in value has been driven by a series of good news recently, from its inclusion in the exclusive S&P 500 index and Morgan Stanley upgrading its stock to “overweight” for the first time since 2017.

Goldman Sachs expects a tidal wave of large-cap mutual funds tracking the S&P 500 to fuel another rally for the automaker next month, when it will join the index as one of the 10 most valuable members on December 21.

Tesla shares were up 2% in pre-market trading on Tuesday, and its stock is up almost 730% this year.

Musk’s net worth is not solely down to a large stake in Tesla, but also to his other companies, space exploration group SpaceX and infrastructure and construction firm The Boring Company. He previously said he wouldn’t take any cash salary from Tesla until it hits $100 billion in market cap. His immense fortune does not mean he is a lavish spender: he’s said he wouldn’t like to own physical possessions or “own a house.” He even sold two of his California mansions.

Read More: Brad McGill’s fund is beating 99% of its peers this year. The small-cap manager shares how he invests for big wins and where he is finding opportunities amid a 39% return year-to-date.