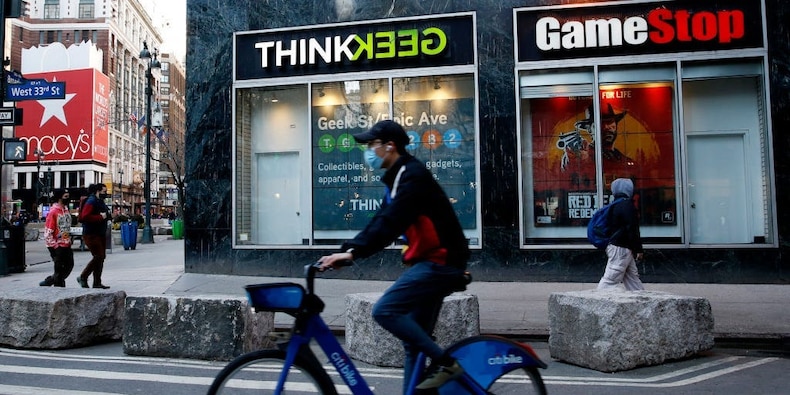 GameStop, the video-game retailer cheered by day traders this year, is likely to see its Reddit rally fade because of strong digital competition from Microsoft and Sony, Ascendiant Capital analyst Edward Woo wrote in a research note on Saturday.

He further said GameStop’s popularity on Reddit will at some point stop driving the movement in its stock.

“Due to the popularity of GameStop on Reddit chat boards and with Robinhood retail investors, GameStop shares appears to no longer trade on traditional fundamental valuations or metrics, but on retail investors’ sentiment, hope, momentum, and the powers of crowds,” he wrote.

“This makes short term price movement forecasts nearly impossible (and we acknowledge can drive shares much higher), but we believe that over the long run GameStop’s current elevated share prices will come back down to match its current weak results and outlook.”

Woo downgraded the company’s stock to “sell” from “hold,” and lowered his 12-month price target to $10 per share from $12.

The company’s stock was up almost 4,000% from a year ago after it found itself at the center of a stock market storm between Reddit day traders and short-sellers.

Its shares were last trading 10% lower in the pre-market, at $141.09 per share on Tuesday, after GameStop was said to be looking for a new CEO to replace George Sherman, sources told Reuters.

News of the management shake-up followed Woo’s stock downgrade. The company is already going through wide “transformation” in culture and strategy under board member and activist investor Ryan Cohen.