Home » Business » Here’s the biggest news you missed this weekend 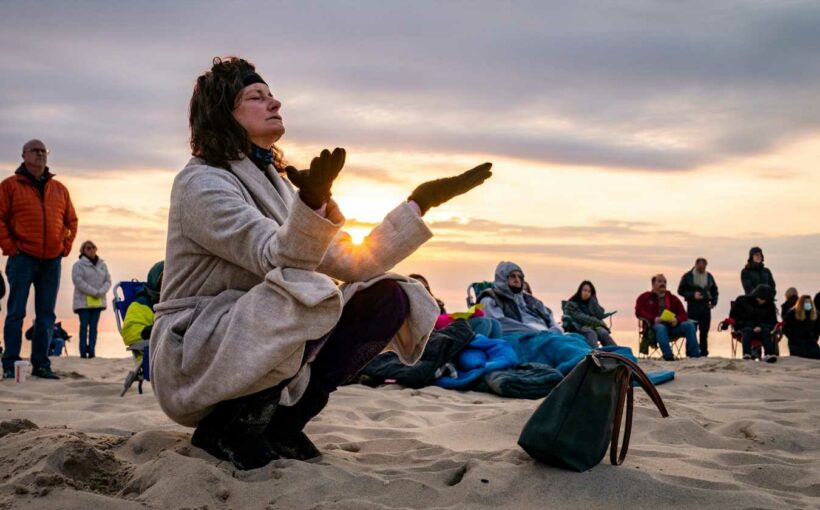 Christian faithful across the globe sat scattered in pews Sunday while many stuck to homes out of caution or under restrictions. Although pandemic protocol was again the unwanted guest at the Easter table, there was a lining of hope this year: COVID-19 vaccinations. Pope Francis gave his Easter message at Mass inside St. Peter’s Basilica before a gathering of about 200 – rather than the traditional speech on the balcony overlooking a square packed with thousands. The pandemic was front and center in the pope’s “Urbi et Orbi″ address (Latin for “To the city and to the world”) as Francis called for a “spirit of global responsibility” and encouraged nations to ensure that vaccines reach the poorest. “Everyone, especially the most vulnerable among us, requires assistance and has the right to have access to necessary care,” he said.

US outpaces Canada in vaccination rates

The U.S. vaccine rollout may be bumpy, but it’s the envy of our neighbors to the north. “Meanwhile in Canada” was trending on social media over the weekend, as Canadians lament their wobbly vaccination program. More than 30% of Americans have received at least one vaccine dose compared with about 12% of Canadians, according to public health statistics from both nations. “The good news for Americans has prompted a slew of jealousy, and criticism from Canadians asking why our provinces are so far behind,” the Toronto Star wrote. Social media users were quick to point out that on one recent day, the USA administered about 4 million shots while Canada performed about 72,000 jabs. “Meanwhile in Canada we are pondering vaccine approval with same rigger as a paint color for your living room,” one frustrated Canadian tweeted.

📈 Today’s numbers: The USA has more than 30.7 million confirmed coronavirus cases and almost 555,000 deaths, according to Johns Hopkins University data. The global totals: More than 130 million cases and 2.8 million deaths. At least 204 million vaccine doses have been distributed in the USA and 158 million have been administered, according to the CDC.

A senior Jordanian official accused the country’s former crown prince Sunday of conspiring with foreign elements in a “malicious plot” that threatened national security. Foreign Minister Ayman Safadi said the plot had been foiled at the “zero hour” and 14-16 people are under arrest. Safadi spoke a day after Prince Hamzah bin Hussein, a half-brother of King Abdullah II, was placed under house arrest – a rare public clash between top members of the long-ruling family. Safadi did not identify the foreign countries allegedly involved in the plot, but he said a longtime senior official who has business ties in several Gulf Arab states, Bassem Awadallah, was involved and had planned on leaving the country. He said Awadallah tried to secure a place for Hamzah’s wife to flee.

In a Final Four game for the ages, Saturday’s 93-90 overtime thriller pitted a team in search of perfection against a team looking to make one of the most memorable upsets in college basketball history. It was Gonzaga, the undefeated juggernaut and No. 1 overall seed, that moved on to the national championship, but not without a monumental effort from No. 11 seed UCLA. Gonzaga, 31-0, sealed the win on an incredible buzzer-beater from freshman standout Jalen Suggs, seconds after UCLA tied the game on a putback layup by Johnny Juzang, who finished with 29 points. Gonzaga, aiming to become the first undefeated national champion in men’s basketball since 1976, looks forward to a championship game showdown with fellow 1-seed Baylor, who trounced No. 2 seed Houston on Saturday, 78-59. The Final Four games set the stage for the national championship Monday (9 p.m. EDT, CBS).

Final Four: Gonzaga guard Jalen Suggs celebrates with teammates after hitting a buzzer-beating 3-pointer in overtime that lifted the Bulldogs past No. 11 UCLA and into the men's national championship game. (Photo: Robert Deutsch, USA TODAY Sports)

After COVID-19 delays, the 27th Screen Actors Guild Awards is dramatically changing course. Instead of its annual live show at the Los Angeles Shrine Auditorium, this year’s awards show will head into the stars’ homes for a pre-taped one-hour special. The SAG Awards will lean into its signature “I Am an Actor” declaration that has become a beloved show-opening staple. This year, presenters and winners have been filmed at their homes giving humorous, often inspiring stories of becoming a working actor. Watch it on TNT and TBS at 9 EDT/6 PDT. Here’s what you need to know about Sunday’s reimagined ceremony.

Listen to our full in-depth interview with Vice President Kamala Harris, the first of USA TODAY’s Women of the Year, on this episode of the 5 Things podcast – because women should be celebrated every month!

This is a compilation of stories from across the USA TODAY Network. Contributing: Associated Press.