Home » Business » How Europe botched its vaccine rollout through shortages, stalled negotiations with drugmakers, and confusing health advice, forcing itself back into damaging lockdowns 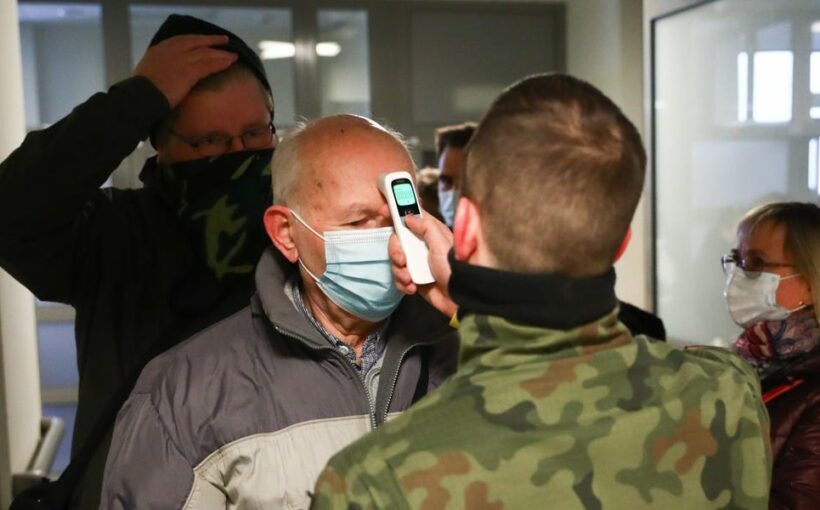 In October 2020, Ursula von der Leyen, president of the EU’s European Commission, said the continent had “access to the most promising future vaccines under development,” declaring  it a “Europe success story.”

Six months later, Europe is heading back into lockdown, having botched its vaccine rollout.

The EU will struggle to hit its target of vaccinating 70% of people by the summer. Less than 10% of people in Germany, France, and Italy have had their first COVID-19 dose, according to Our World in Data, an Oxford University-based data website. By comparison, 41% of Brits, 23% of Americans, and 40% of Israelis have had a shot.

The number of new COVID-19 cases in Europe has shot up in recent weeks, signalling a third wave of the virus. In France, daily new cases per million have increased from 260 in January to 430 on Tuesday, March 23, according to Our World in Data. France, Italy, and Germany have once again been forced to tighten lockdown restrictions. People are stuck at home, and millions of jobs, especially in tourism, are at risk.

How did Europe fail so badly? It boils down to three things: slow negotiations, vaccine supply troubles, and confusing public health messages.

Efficient vaccine rollouts start with securing supply. The EU was slower than the UK, US, and Israel in this crucial step.

The European Commission was determined to get vaccines cheaply — and in fairness, it did, paying less than $15 per dose of Pfizer’s shot, for example. The UK and US each pays around £10 ($13) per dose across all vaccines. Israel paid more and also offered Pfizer its citizen’s data.

But the EU’s protracted negotiations meant it fell behind in securing large numbers of doses.

Negotiations were also slowed by the fact its 27 member countries have differing laws about what should happen if vaccines failed.

It meant Europe started rolling out its vaccine later than other places. The EU began its COVID-19 vaccination rollout with Pfizer’s shot on December 27, almost three weeks after the UK, almost two weeks after the US, and just over a week after Israel.

Let down by suppliers

But the bloc was let down in January by vaccine shortages: Pfizer temporarily slowed production as it upgraded its European factories, France only received a quarter of its Moderna supply due to delays, and AstraZeneca cut initial supply by 60% from 80 million to 30 million, due to production issues.

Vaccine delays drove Hungary to source 2 million Sputnik V doses from Russia and 1 million Sinopharm doses from China to try to get its population vaccinated quicker. Hungary has immunized a higher percentage of its population than any other European country: more than 24% have received one dose, according to Our World in Data. These two vaccines are not yet approved for use in the EU generally but individual countries can choose to authorize their own vaccines.

To make matters worse, the bloc continued to export COVID-19 vaccines despite shortages at home.

In January, the Commission authorized all vaccine exports until the end of March — a temporary measure that has since been extended until June.

Maroš Šefčovič, vice-president of the European Commission, said Tuesday that from the end of January until March 16, the EU had approved exports totaling 41.5 million doses to 33 countries, compared to 70 million doses delivered within the EU, of which 52 million have been administered. The Commission blocked just one shipment of 250,000 doses of AstraZeneca’s COVID-19 vaccine from Italy to Australia.

“It is hard to explain to our citizens why vaccines produced in the EU are going to other countries,” von der Leyen said March 17.

Europe has threatened to block exports of any vaccine to countries that do not share some of their own vaccine production. Von de Leyen said Thursday that more than 10 million Pfizer vaccines have been exported to the UK, but none have come the other way.

More than 14.2 million doses have not gotten into Europeans arms, according to the European Center for Disease Control and Prevention.

The reasons are likely down to individual countries, rather than the European Commission itself.

Some Europeans are reluctant to get a shot, in part due to mixed messages about vaccines, particularly AstraZeneca’s, which is authorized in the EU.

Despite the European Medicines Agency (EMA) green-lighting the vaccine for all ages, certain European countries, including France and Germany, didn’t initially give it to people over 65, citing insufficient data in this age group.  German Chancellor Angela Merkel said that she wouldn’t get the vaccine because she was 66. Both countries have since reversed their decision.

AstraZeneca’s reputation was further damaged by an investigation into blood clots as a potential side effect. The European Medicines Agency said the vaccine was safe and effective, but a YouGov poll on Monday suggested just 23% of people in France think that the vaccine is safe, for example, down from 33% in January.

European leaders said in a joint statement Friday that it would urgently prioritize the production and distribution of vaccines, and urged drug company to fulfil vaccine supply commitments.

“We underline the importance of transparency,” they said.

The problem needs fixing urgently. Merkel said Tuesday that the situation was “serious,” and that the country was entering “a new pandemic.”

“Case numbers are rising exponentially and intensive care beds are filling up again,” she said.