Warren Buffett once quipped it was only when the tide went out that it was possible to see who had been swimming naked. The legendary investor had companies up to their eyeballs in debt in mind when he made that comment but it now has a wider significance. In 2020 the tide went out for the global economy and just about everybody was caught skinny-dipping.

Clearly, there is never a good time for a pandemic but the brutal reality is that the world was ill-prepared for the arrival of Covid-19 at the start of the year. Policymakers had turned a blind eye to problems that had been getting steadily worse for years. Weaknesses that ought to have been tackled were left unaddressed.

Here’s how things stood when the first news of an outbreak of a deadly strain of the coronavirus emerged from China at the end of 2019. Financial markets had enjoyed a spectacularly good year, supported by the cheap money provided by central banks for more than a decade.

Elsewhere, though, things were much less frothy. The 2010s had been a decade of weak investment, stagnant productivity, nugatory increases in living standards – and growing voter discontent.

Economic and political tensions had been building during this lost decade. Relations between the world’s two biggest economies – the US and China – had become evermore frosty. Trade barriers were erected; protectionist rhetoric abounded; the onward march of globalisation was halted. 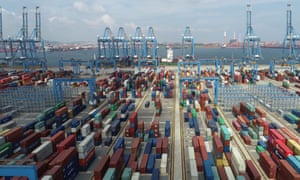 The world’s low-income countries were even less-well equipped for what was about to happen. Many of them had borrowed heavily on the world’s capital markets at high interest rates in the previous decade and could only keep their heads above water if strong global demand kept commodity prices high. By the end of 2019, sluggish world growth meant money that should have been spent strengthening health systems and social safety nets was going instead on servicing debts.

A report published last week by Oxfam and Development Finance International highlighted the extent of the problem. Only 26 of 158 countries were spending the recommended 15% of their budget on healthcare prior to the pandemic. In 103 countries at least one in three workers had no labour protection such as sick pay. Only 53 countries had social protection against unemployment, covering less than a third of the global workforce. It was little wonder that when the global economy came to a sudden stop in the early months of 2020 that more than a 100 emerging and low-income countries sought emergency financial assistance from the IMF.

Last, but by no means least, there was climate change. During 2019, stark reminders of the dangers of ignoring the steady rise in extreme weather events abounded, from an unusually violent series of hurricanes in the US to the bushfires in Australia.

Individually, any one of these issues – a global economy that has lost its mojo; financial markets detached from reality; geopolitical tension; a retreat from multilateralism; a debt crisis; widening inequality; an over-heating planet – would be a challenge. Together they represent the biggest threat to peace and prosperity since the 1930s.

The IMF and the World Bank were created from the wreckage of the Great Depression and the war that followed. Both organisations meet for their annual meetings this week, although Covid-19 means they will be virtual gatherings.

From the IMF, there will be one tiny piece of good news when its flagship World Economic Outlook – due out on Tuesday – forecasts slightly faster growth than expected in the summer. Don’t expect the IMF to get carried away, though. This year will still show the biggest fall in global output since the 1930s and the second wave of Covid-19 means the summer pick-up in activity is already history. Risks to the IMF’s forecast will be strongly skewed to the downside.

It’s easy to see what should come out of the IMF and World Bank meetings. Developed countries should continue to provide stimulus to their economies because the risks of doing too little far exceed those of doing too much. Unemployment is the real threat in the months ahead and finance ministers who try to cut back on support too soon will be forced to U-turn – as Rishi Sunak has found.

Low-income countries do not have the ability to borrow cheaply or to turn on the electronic printing presses. They need help if they are to boost spending on health and education, and to make their economies more resilient to the pandemic and to climate change.

It has become clear to the IMF and the World Bank that the temporary suspension of debt payments announced in the spring was merely a stopgap solution. Debt write-offs are going to be needed.

What’s more, both the IMF and the World Bank need extra resources to meet unprecedented needs. Their rich shareholders should make the funds available.

Could this actually happen? There’s no reason why it shouldn’t. The dangers posed by mass unemployment, unpayable debts, inequality and climate change are well known and accepted by most, albeit not all, policymakers. That’s not the problem. The problem is that a lack of trust, the struggle between Washington and China to be global top dog, innate caution and a reluctance to ditch policies that have so obviously failed will lead to snail’s pace progress when time is rapidly running out.