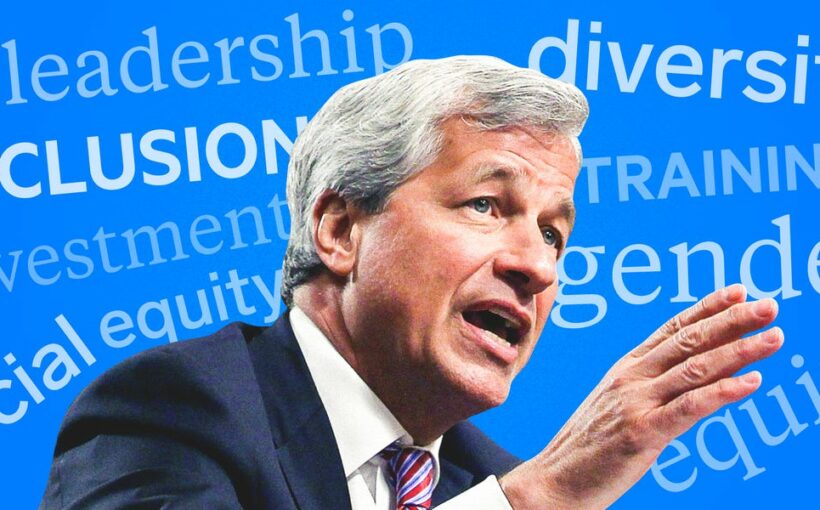 Brian Lamb had been the global head of diversity, equity, and inclusion at JPMorgan for a few weeks when George Floyd was killed by police last year. Lamb was working remotely when the video of Floyd’s death went viral.

“It was a tragic and chilling day in my memory,” he said. “As a Black man, it was hard not to have an emotional reaction.”

Almost overnight, there was a renewed sense of urgency to his work and the work of diversity leaders in corporate America. “I felt a responsibility to help my colleagues and firm respond immediately,” Lamb said.

His first course of action was to create a new companywide strategy to advance diversity and inclusion. He wanted everyone at JPMorgan to know that the company had a purpose: promoting equity.

“I didn’t have the luxury of just working on big, broad strategies,” he said. “We needed to take action.” JPMorgan CEO Jamie Dimon, who Lamb said wanted to make DEI a “business imperative,” gave Lamb license to be bold in creating the firm’s response to Floyd’s death.

Over the next few months, Lamb, Dimon, and a group of other JPMorgan executives worked on internal and external plans to promote racial equity through investments and new corporate policies. The firm launched new partnerships with historically Black colleges and universities to expand its pipeline of diverse talent, and it created a team dedicated to helping retain this talent, a company spokesperson said.

In October, the firm made a $30 billion pledge to address racial injustice — the largest of any US corporate commitment in the wake of Floyd’s death, Insider found. And in recent days, JPM was quick to take a stance on anti-Asian violence. It also made all articles and titles gender neutral. 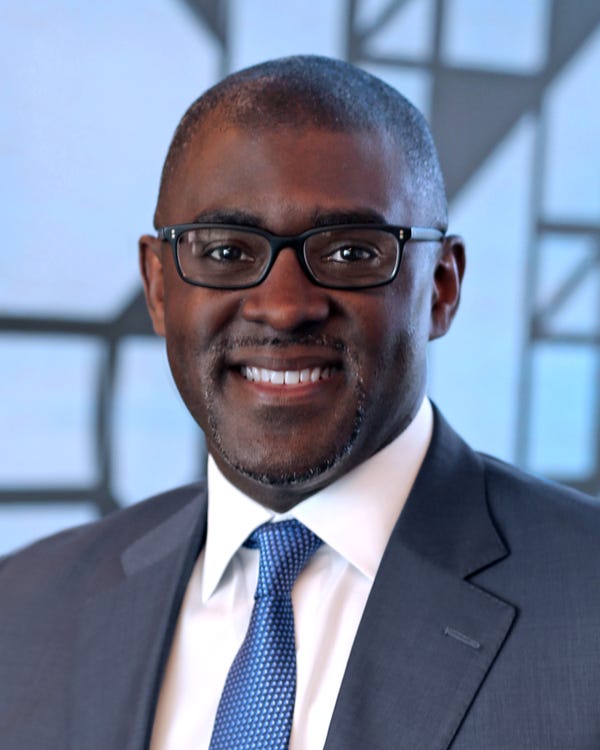 With its $30 billion investment, JPMorgan became America’s corporate leader in addressing racial inequity. This move comes at a time when these communities are demanding change from their corporate and public leaders. But balancing the massive investment with trying to drive cultural change for its 255,000 employees won’t be easy.

If it succeeds, JPMorgan could reimagine what an equitable Wall Street bank looks like.

A hard look at internal diversity

Prior to Lamb’s appointment in May, the firm faced a scandal when The New York Times reported in 2019 on discrimination and harassment endured by employees of color. One Black financial advisor at a branch in Arizona said his boss accused him of taking customers’ files home at night.

Following the Times report, US lawmakers called on Dimon to take action. The CEO spoke out, saying he was “disgusted” by the racism detailed in the report. The firm made DEI training mandatory for all employees shortly after.

Ellie Lo, a senior data-scientist associate at JPMorgan and a woman of color, said JPMorgan has been an inclusive place to work since she started at the company in 2016. But, she said, there are biases that are ingrained in the company culture that need to be addressed. Lo said that not many women or minorities worked in STEM areas in the bank.

The company had already been having many conversations around DEI, she said, but after the police killing of Floyd, she saw them ramp up. While Lo is invigorated by the bank’s action, she said real change may require collaboration between a variety of stakeholders inside and outside of JPMorgan.

“I’m excited to see what we can achieve over the next few years to continue this momentum,” she said.

Internally, JPMorgan — which employs about a quarter of a million people — still has work to do when it comes to diversity, especially in the company’s executive ranks. The bank’s latest data, from 2019, showed that 51% of the firm was nonwhite, but 81% of its executives were white. And 53% of its workforce were women, but 73% of its executives were men. When presented with those stats, Doris Quintanilla, the executive director and cofounder of the DEI consulting firm The Melanin Collective, said that they showed a lack of diversity in the company’s senior leadership and indicated a talent-pipeline issue where not enough diverse talent was getting promoted.

A JPMorgan spokesperson declined to share the firm’s internal diversity goals. Some competitors have made theirs public. Mastercard, for example, said it would increase the number of Black leaders at the vice presidential level and above by 50% by 2025. In June, Wells Fargo pledged to “double the number of Black leadership” over the next five years.

Still, JPMorgan has made steps to promote inclusion internally over the past few months.

The firm publicly denounced racism in the wake of Floyd’s death and increased its recruiting program dedicated to hiring and retaining people of color and those from underrepresented communities. JPMorgan is also expanding its internal career-development program to help lower-level employees rise through the ranks.

The firm has also made a greater effort to hire vendors and suppliers run by people from underrepresented backgrounds, a company spokesperson said.

Lamb said he’s proud of the work the firm has done so far, calling it an “end-to-end approach.”

Chad Tredway, the group head and managing director of real-estate banking at JPMorgan, said that Floyd’s death accelerated JPMorgan’s DEI efforts. The firm increased the number of town-hall events it hosts on diversity and inclusion, and the number of executives who began talking about DEI in everyday meetings increased as well. The town halls are not mandatory, but attendance is “very high,” a company spokesperson said.

“The firm is really weaving diversity and inclusion into the DNA of what we do every single day,” Tredway said. “JPMorgan has done a fantastic job as we’re having the dialogue around people’s differences, around structural inequities, and around how we can combat that.”

Career-development and sponsorship programs were born out of employee feedback, Lamb said.

Tredway said that at meetings, Doug Petno, the CEO of commercial banking at JPMorgan, now talks about more than standard finance topics. He regularly speaks about diversity and inclusion in the industry.

“That’s something that I’ve never really seen in the corporate environment happen to this degree before,” Tredway added.

He said that he’d like to see more Black and brown executives at the bank, and added that JPMorgan is committed to making that change happen.

“We’re setting an example in the industry,” Tredway said. 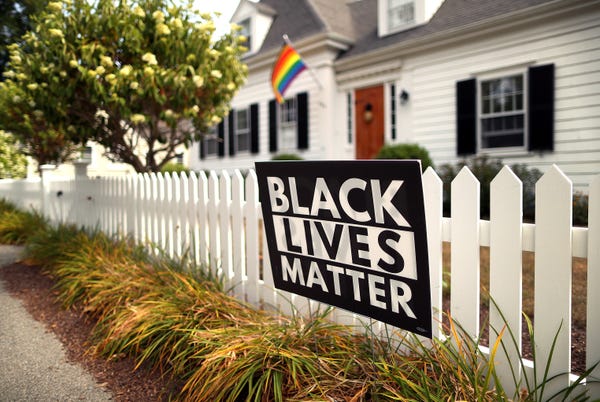 JPMorgan’s investment is an opportunity to confront banking’s racist past.

In the 1930s, many financial institutions drew red lines on maps to outline neighborhoods, mostly neighborhoods of color, that they would not loan to. Redlining contributed to the racial wealth gap and the proliferation of bank deserts, areas where there are no bank branches.

This locked in economic stratification in the mid-20th century: “Since housing equity makes up about two-thirds of median household wealth, excluding black Americans from establishing equity during a time of unprecedented rises in home values locked in and exacerbated wealth disparities,” Calvin Schermerhorn, a historian at Arizona State University, wrote in The Washington Post.

While the Fair Housing Act banned discrimination in lending half a century ago, Black Americans are denied mortgage loans more than whites at a much higher clip — in 2020, it was an 80% difference. They are also charged higher interest rates.

Tiffany Jana, a DEI strategist and the co-author of “Subtle Acts of Exclusion,” said that in order for JPMorgan to be a truly anti-racist institution, it should call out its racist past while it turns a new chapter with communities of color. Other financial institutions, Jana said, could follow suit.

Whether the firm calls out the industry’s racist past or not, its external investment is likely large enough to make a significant impact on the US economy.

Matthew Jackson, an economics professor at Stanford University, said JPMorgan’s investment in small businesses and entrepreneurs could act as a social multiplier. When that money helps to uplift one member of a disadvantaged community, they may uplift someone else, with the cycle continuing from there.

“That successful person serves not only as a role model but also helps give other people in their community valuable connections and information that they would not otherwise have,” Jackson said.

Other financial institutions and companies have invested in racial justice. Citi committed $1 billion to address the racial wealth gap, and Mastercard committed $500 million to the same cause. Goldman Sachs recently committed $10 billion to help uplift 1 million Black women. Apple and Starbucks each pledged $100 million in a plan to advance racial equity. And Salesforce, Slack, Target, and Microsoft announced plans to promote DEI internally.

Still, the sheer size of JPMorgan’s actions could spur more companies to invest in Black and brown communities. To be clear, most of the firm’s investment is not charity. Some $28 billion is an investment and $2 billion are grants. The firm stands to make a profit by adding thousands of new banking and mortgage customers, as well as by making money off of business and startup loans.

Ming Leung, an associate professor of business at the University of California, said other financial institutions and companies may realize there’s a business opportunity in investing in Black and brown communities.

“If JPMorgan Chase, one of the most well-respected financial institutions out there, is willing to enter into these previously underserved communities,” Leung said, other companies may “consider it a reasonable business opportunity as well.”

In February, JPMorgan announced a new wave of investments as part of its $30 billion commitment. Over the next five years, the financial firm intends to funnel billions into supporting founders of color, Black-owned banks, and Black and Latin households seeking mortgages. It also plans to finance thousands of affordable housing units.

Liberty Bank in New Orleans, the largest Black-owned bank in the US, received about $10 million in equity investment from JPMorgan. Its CEO, Alden McDonald, said the investment could significantly accelerate financial growth for the bank, its customers, and the community.

“When you lend to the community to open or grow businesses, you’re growing jobs. When you grow jobs, you create a better lifestyle for people, and the quality of life for people increases, and people spend more,” McDonald said.

“This is not a grant,” he continued. “JPMorgan knows it will make a profit. This is a smart investment in the community, and we’re very proud to be selected.” 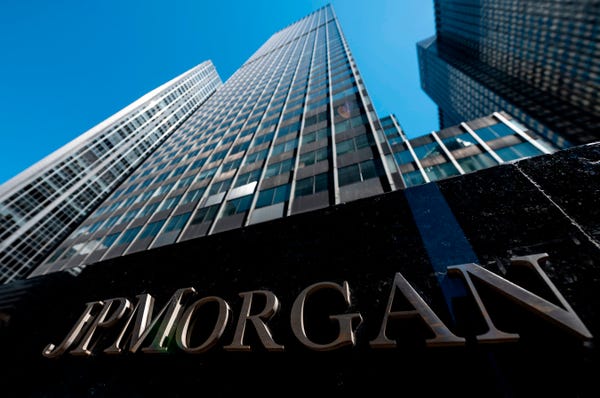 A case study for other companies

Lessons can be learned from the firm’s internal and external approach to racial equity.

JPMorgan is paving the way for other companies to increase their internal efforts around racial equity by leading by example, said Kailei Carr, the CEO of the DEI consultancy Asbury Group.

“They’re not just throwing money at problems,” she said. “They’re looking inward too.”

There’s also value to be learned from JPMorgan’s progress, Quintanilla, of The Melanin Collective, said. How its leaders fix the firm’s pipeline to promote more people of color could give other business leaders ideas on how to do the same.

That the firm is sharing information about its internal DEI efforts is a huge win for businesses globally, the DEI strategist Jana said.

“Sharing this information about their internal plans is almost as valuable as the impact these programs are going to have in and of themselves. JPMorgan is now showing other companies what it takes to create a holistic diversity, equity, and inclusion plan,” said Jana, who uses they/them pronouns.

They added, “Now, we have to make sure these initiatives are for the long term, sustainable, and that leaders and employees are held accountable to goals and new sets of behaviors.”

“There was an early acknowledgment that this was a long-term approach to culture change, and everyone has a responsibility to engage in our culture of respect and inclusion,” he said.