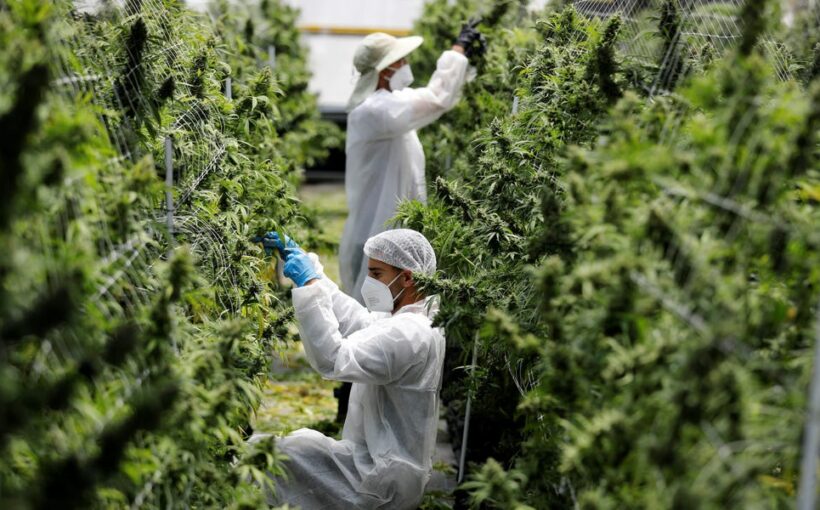 Welcome to Insider Cannabis, our weekly newsletter where we’re bringing you an inside look at the deals, trends, and personalities driving the multibillion-dollar global cannabis boom.

Sign up here to get it in your inbox every week.

The big news was New York’s legalization of adult-use cannabis. The day after state lawmakers released an updated version of the MRTA over the weekend, New York’s legislature voted to pass the bill in both the State Assembly and Senate. Hours later, on Wednesday morning, Gov. Andrew Cuomo signed the legislation into law.

We’ve got you covered on all the different angles of this and how it’ll affect current operators. While stocks remained relatively unchanged the day the bill passed in New York’s legislature, they saw big gains after Cuomo signed the bill.

More regulations are expected to trickle in as the Office of Cannabis Management and a Cannabis Control Board begin to create a more detailed framework for recreational cannabis. But we’ve got you covered in the meantime with the key takeaways every investor should know.

Outside of the vacuum suck that was New York legalization, some companies announced deals to increase their presence in the US. Greenlane and KushCo announced they were merging in an all-stock deal while Verano Holdings announced an acquisition in Pennsylvania and Ayr Wellness closed a deal in Ohio.

Plus, check out my colleague Andrea Michelson’s story on delta-8 THC, a cannabis compound with a hazy legal status that’s growing in popularity. She explains what it is, and tried a latte loaded with the substance.

My canna buddy Jeremy will be back on Monday after a well-deserved vacation. We’ll have more news coming your way very soon. Let’s get to it.

Here’s what we wrote about this week:

Pablo Zuanic, an analyst at the investment bank Cantor Fitzgerald, laid out five cannabis stocks earlier this month that would see a boost if New York lawmakers legalized cannabis for all adults.

GTI, Columbia Care, Curaleaf told us they’re looking to ramp up cultivation to meet demand. They also say they’re generally happy with the law but are waiting as more regulations come to light in the coming months.

The key details every cannabis investor needs to know about New York marijuana legalization, including the stocks to buy now

New York’s new legal market is nuanced and complex. We’ve got you covered with the key takeaways investors should know, including which stocks to buy, deals to expect, and how taxation will look as sales begin.

New York’s adult-use law gives huge advantages to cannabis companies that already have a foothold in the state. The 10 operators in New York’s medical market will be able to transition into adult-use and be some of the few players to be vertically integrated.

Here are the prime acquisition targets and the types of deals you can expect as New York legalizes cannabis.

The vast majority of the 10 operators currently in New York are multistate operators with deep pockets. A select few, however, are either private or financially struggling. As newcomers look to enter New York, here are the kind of deals you can expect to see.

A timeline of when New Yorkers can smoke marijuana, grow it, and sell it legally

Some aspects of NY’s cannabis legalization bill take effect immediately, while others are delayed. Here’s what we know about what’s allowed now and when you can expect to be able to home grow and buy products in dispensaries.