Local health officials on Thursday reported 24 new deaths from COVID-19 in Los Angeles County over the past 24 hours and 1,233 new cases. The countrywide totals now stand at 6,834 deaths and more than 286,000 confirmed cases.

Authorities also said that nearly 723 people remain hospitalized with the disease throughout the county.

Meanwhile, the county’s top health officer today blasted the “herd immunity” theory — which the idea that the virus will spread through the low-risk population most likely to survive the infection, leading to a naturally occurring immune response — as “in many senses, unethical and immoral.”

“There’s been a lot of discussion among our public health and health sciences communities, and they have unambiguously rejected this declaration, and this approach would unnecessarily sacrifice many lives,” LA. County Health Officer Dr. Muntu Davis said of the herd immunity idea. “There’s no evidence that we in the United States are close to herd immunity, as 85%-90% of the population is still at risk for becoming infected with COVID-19.”

He added that the theory “makes the assumption that people who fall into [high-risk] groups live in a vacuum, and that they can make a living while at home. I would say for us, about 30% of our population fall into the high-risk category at a minimum. … So the logic of this declaration operates under the assumption that it’s acceptable to sacrifice lives for the greater population, and this is in many senses unethical and immoral and also avoidable.”\

Also on Thursday, the county also updated its Health Officer Order to align with the state of California’s guidance on public gatherings: 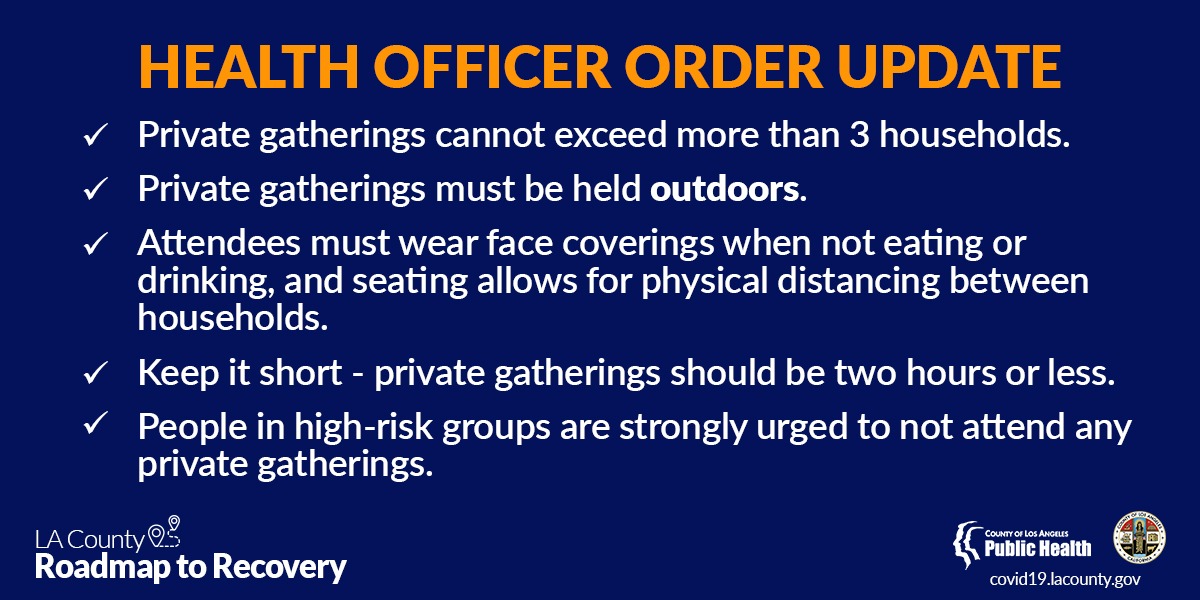