Pfizer has made history with the results of its final-stage coronavirus vaccine. The vaccine, developed with German partner BioNTech, has an efficacy of over 90%, per early clinical trial data.

It's the fastest a vaccine has ever been developed, and its efficacy came in much higher than the 70% or 80% virologists were hoping for.

That's good news for the future of the pandemic — and for the German couple behind it.

BioNTech's CEO, Dr. Ugur Sahin, cofounded the firm with his wife, Dr. Özlem Türeci, who is the chief medical officer. The couple crossed the billionaire threshold back in June, as BioNTech's stock surged after its pact with Pfizer was announced. On Thursday, Sahin joined the list of the world's 500 richest people after the UK approved the Pfizer vaccine; according to Bloomberg, his net worth is now $5.2 billion.

"It could be the beginning of the end of the Covid era," Dr. Sahin told the New York Times.

Here's how the vaccine power couple met one another, and how they made their mark on modern medicine.

Read more: How the pharma giant Pfizer teamed up with a little-known biotech to develop an effective coronavirus vaccine in record time

They are both German citizens, with families of Turkish origin. 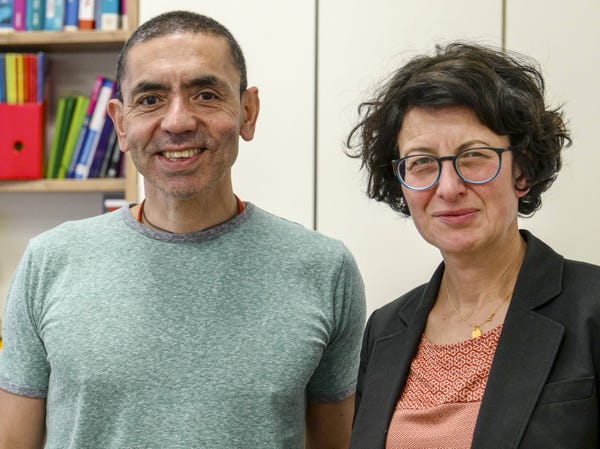 Per The New York Times, Sahin immigrated to Germany from Turkey when he was 4 years old and Türeci was born in Germany. Sahin hails from Iskenderun, a city near the Syrian border, while Türeci's father is from Istanbul. Türeci has described herself as a "Prussian Turk," per the Guardian, citing her admiration for aspects of German culture.

They came to medicine through different routes: Sahin, the child of a car factory worker, was introduced to it from science books. Türeci's father is a surgeon, and she grew up watching him operate on patients.

The couple met while working at a university hospital in southwest Germany. 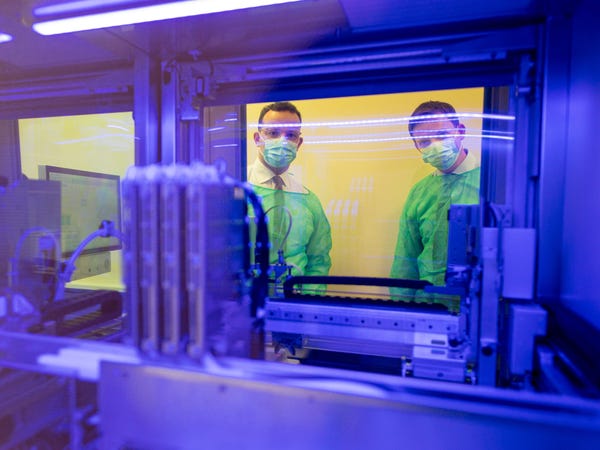 Sahin had also worked at hospitals in Cologne, according to Reuters. He received his MD from the University of Cologne in 1990. Türeci got her MD from Saarland University Faculty of Medicine.

Read more: We just got our first evidence that a coronavirus vaccine works. Here's everything we know about the race for a vaccine and when you might be able to get a shot.

The duo cofounded their first pharmaceutical company in 2001. They married the next year. 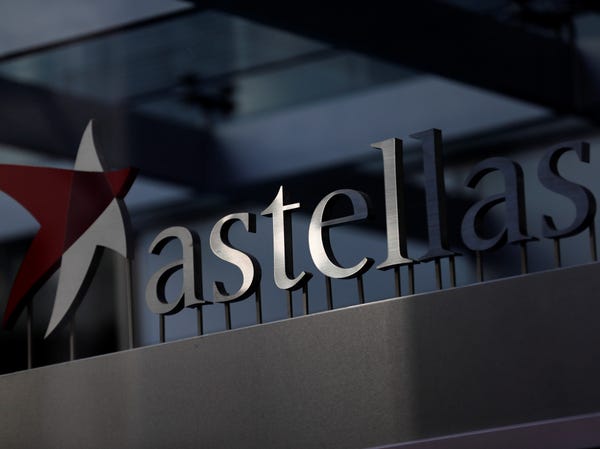 Starting in 2000, Sahin and Türeci had together been leading a research group at University of Mainz. Then, in 2001, they founded Ganymed Pharmaceuticals, which focused on the role of antibodies in treating cancer. Per Forbes, Ganymed received backing from billionaires — and identical twins — Thomas and Andreas Strüngmann.

The company was acquired by Astellas Pharma for around $1.4 billion in 2016.

"I understood that what we can offer cancer patients at the hospitals is not much, and we could do more by bringing new discoveries to the patient's bedside," Türeci told LABIOTECH's Clara Rodríguez Fernández in a 2017 interview.

Per the Times, the duo came into the laboratory the morning of their 2002 wedding, left to perform the ceremony, and then returned to work later that day.

They went on to cofound BioNTech in 2008, with Sahin as CEO. 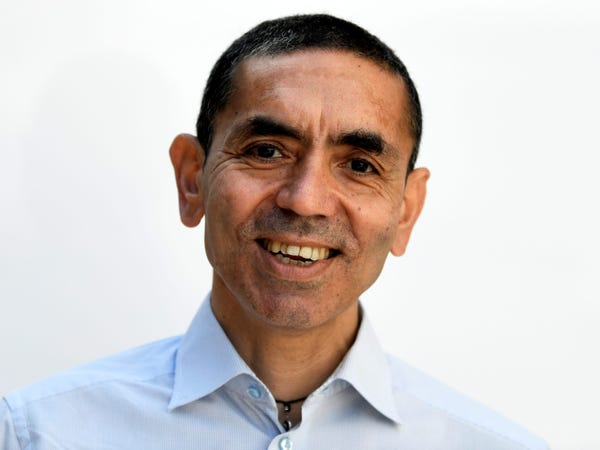 Türeci said in 2017 that Sahin took on the role of CEO of BioNTech in 2008; she stayed on as CEO of Ganymed. Pre-Ganymed acquisition, she also worked as a scientific advisor for BioNTech.

"In 2008, we recognized another platform had reached a maturity point where they had to be accelerated towards individualized vaccines, and BioNTech was founded," Türeci told LABIOTECH.

BioNTech, which set out to use immunotherapy in cancer vaccines, was also backed by the Strüngmann twins. Türeci became its chief medical officer in 2018.

Read more: Why a top infectious-disease expert says it's too soon to celebrate Pfizer's coronavirus vaccine

BioNTech and Sahin began to narrow in on coronavirus research in January. Pfizer partnered with them in March. 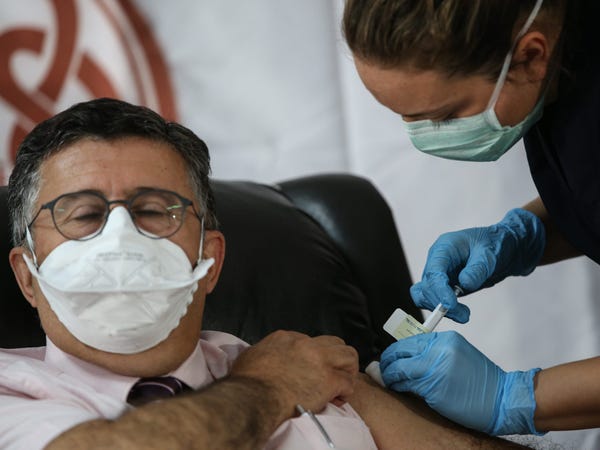 According to the Times, Sahin read an article from The Lancet in January on Wuhan's outbreak. He spotted the potential dangers and, according to Reuters, saw how BioNTech's  work on mRNA could be applicable for a vaccine.

That's when the company had 500 staffers start working on potential compounds for "Project Lightspeed."

As Business Insider's Andrew Dunn reported, BioNTech had worked on a potential flu vaccine with Pfizer in 2018. As Sahin began to focus on coronavirus research, he called Kathrin Jansen, Pfizer's head of vaccine research, in February.

BioNTech partnered with Pfizer in March, and began human studies of a vaccine in late April.

By September, German weekly Welt am Sonntag listed the duo as among the 100 richest Germans — they came in at 85th.

BioNTech's valuation was up to $25 billion on Friday. A year ago, it was a little under $3.4 billion. 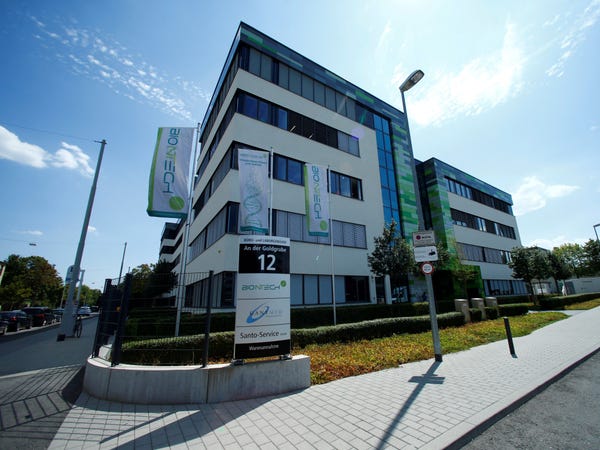 Sahin is known among his peers for continuing to bike into work, reportedly often toting a helmet and backpack. He continues to teach at Mainz University Medical Center; he began teaching there in 2014.

And, in addition to her BioNTech duties, Türeci serves as the president for the Association for Cancer Immunotherapy.

The couple did not immediately respond to Insider's request for comment.

While BioNTech soars, and vaccine distribution and production ramps up, investors told the Times that the couple is focused on driving medical advances — not the money.

The New York Times reports that, upon learning the efficacy data, the couple celebrated by brewing Turkish tea.