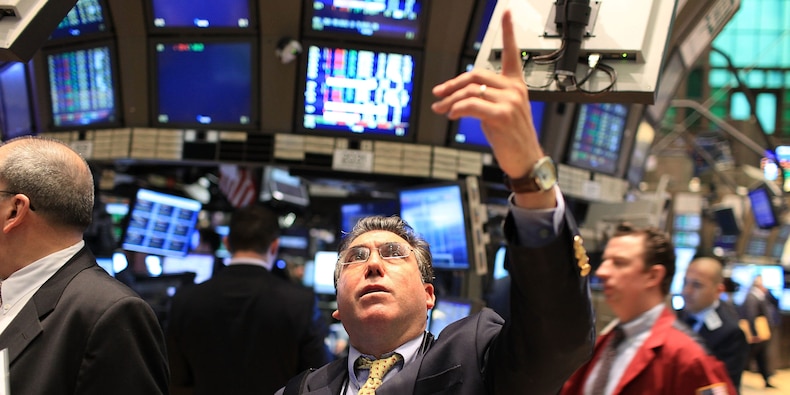 Investors have been conditioned to expect near-zero interest rates since the onset of quantitative easing by the Federal Reserve amid the Global Financial Crisis in 2008.

But for the first time in decades, a structural rise in interest rates could materialize through 2030 as millennials enter their peak earnings age of 30-50, according to a Wednesday note from Fundstrat's Tom Lee.

Since 2016, the five-year growth rate of US adults in their "Prime Leverage Age" turned positive and continues to rise after being in a virtual freefall since the early 1990s. A similar upturn in 1972 through the 1980s coincided with a substantial rise in interest rates, Lee observed.

Americans are thought to enter their prime leverage age once they hit 30 and through 50, as they often get married, form a family, take on mortgage debt to buy a house, and see a sizable increase in their annual wages.

This leverage is what helps fuel growth in the economy, which is constructive for a rise in interest rates, according to Lee.

"In fact, even the upturn in 'prime age' Americans also argues for CPI or inflation to rise. Since 1935, there seems to be a casual relationship between this growth of the cohort and CPI," Lee explained, before adding, "if true in today's context, inflation should be rising over the next decade."

To position for a potential lasting jump in interest rates, Lee recommends investors buy cyclical stocks in the industrials, energy, and financials sectors that are tied to a physical reopening of the economy.

"If interest rates are set to move higher, this is a tailwind for Epicenter stocks," Lee said. 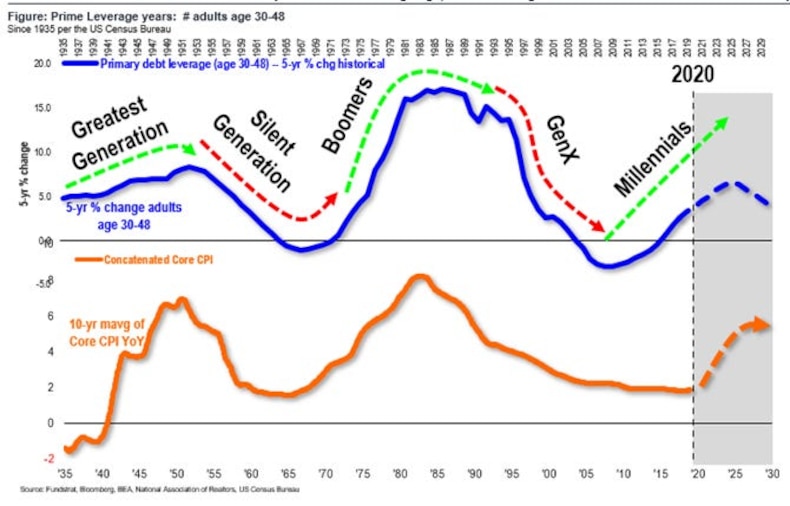