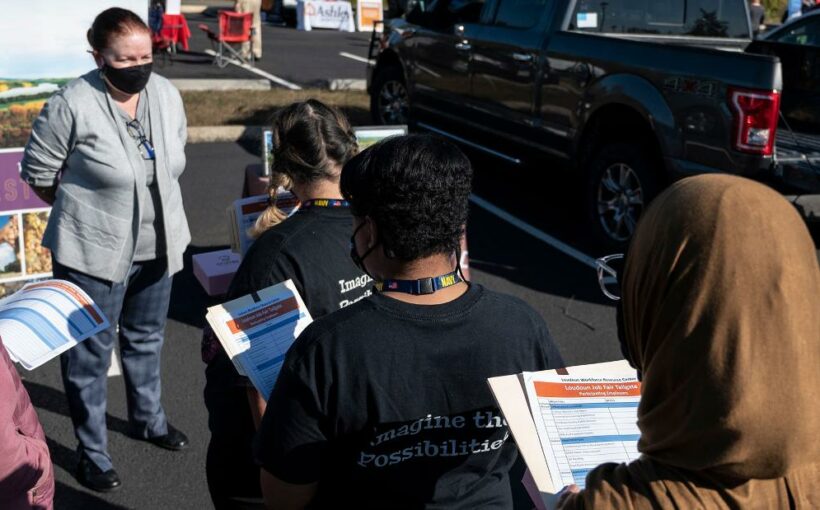 In October, the nation’s available jobs unexpectedly rose to 11 million, new data from the Bureau of Labor Statistics showed Wednesday.
Even though that was short of the 11.1 million high from July, it was still far more than the 10.4 million economists had predicted, which would have marked a modest decrease from the prior month. Instead, job openings rose by more than 400,000.

“The hot market for hires has been driven in large part by the extraordinarily large and fast rise in demand,” said Nick Bunker, director of research at Indeed’s hiring lab. “Given that the rise in openings in this report was likely due to a waning of the latest wave of the pandemic, the question now is whether the omicron variant cools down in the labor market.”

Meanwhile, hires stood at 6.5 million in October, underlining that the worker shortage problem is still alive and kicking.
“Hiring in the private sector slipped, which reflects the frustration that employers are feeling. They’re already increasing wages, adding more benefits… carrots that should work to attract workers,” said Jennifer Lee, senior economist at BMO. “Separations also fell. And interestingly, fewer people quit their jobs in the month, which is welcome news.”
The number of US workers who quit their job dropped by more than 200,000 that month to 4.2 million, down from a record high in September.
In principle, the idea of people voluntarily quitting their jobs for greater pay, benefits or better opportunities is considered is a good thing for workers. But economists remain cautious, and question whether rising wages and signing bonuses will provide long-term benefits to employees at the lower end of the pay scale.

The number of layoffs last month, at 1.4 million, was more or less unchanged.
“Under normal circumstances, a near record number of job openings would be something worth celebrating. But no employer is in a celebratory mood,” said Lee in a note to clients. “It is difficult to fill orders or meet customer demands if there are not enough people to do the actual work.”
Source: Read Full Article