The oil sector has been quite lucky for the Modi government.
It has often provided an opportunity to the government to mend its finances, notes A K Bhattacharya. In post-pandemic India, many things in the economy have gone wrong. But is there anything that has gone right with respect to any of the government’s initiatives in recent months?

Well, the oil sector is one area where the government took the right steps and in good time. Not surprisingly, the results are beginning to show.

On March 14, the Union government had announced a steep hike in the excise duty, special additional excise duty and cess on petrol and diesel, which was expected to fetch an annual additional revenue of Rs 39,000 crore or about 15 per cent more than what was originally budgeted as receipts from the oil sector for 2020-2021.

There was no impact on the retail selling price of the petroleum products as the impact of the additional levies was neutralised by a fall in international crude oil prices.

The March 2020 decision on increasing the petroleum levies was taken when there was no lockdown and the actual impact of Covid on the economy was still not fully evident.

It was a decision in response to the need for taking some safeguard actions to shore up revenues and take advantage of the falling international crude oil prices.

By May 2020, the Covid situation had become worse. The whole country was under a lockdown from end-March to end-June, as a result of which the April-June 2020 figure for gross domestic product showed a contraction of about 24 per cent.

The lockdown began to be eased from July, but even before that the government realised that it was in the soup as far as its revenue and economic growth prospects were concerned. With international crude oil prices falling further, the government on May 5 effected a steeper hike in excise duty, special additional excise duty and cess on petrol and diesel.

This time, too, there was no impact on retail prices. Yet, the move was expected to garner for the Centre an additional annual revenue of Rs 1.6 trillion.

But since the increase took effect from May, the additional revenue during the remaining months of 2020-2021 was expected to be less at about Rs 1.46 trillion.

Add the impact of the earlier increase in March in the levies on petroleum products, the total additional annual revenue from this sector was expected to be higher by Rs 1.85 trillion.

But this estimate ignored the impact of the sharp drop in consumption of petroleum products in the wake of the lockdown and economic slowdown.

According to some analysts, the actual additional revenue from the oil sector, after considering the fall in consumption during the year, could be Rs 1.4 trillion.

This would have meant that total indirect tax collections from the oil sector could well be over Rs 4 trillion, instead of the budgeted Rs 2.67 trillion.

How have the Centre’s oil revenues fared in the last few months? Excise collections from petroleum products in the April-August 2020 period have risen to Rs 1 trillion, an increase of 32 per cent over the same period of 2019.

This is a healthy rise, thanks to the two rounds of increases in excise, special additional excise and cess on petrol and diesel.

But what is equally important to note here is that this increase has taken place in a period when the consumption of petrol dropped by 25 per cent and that of diesel by 28 per cent in the April-August period of 2020. 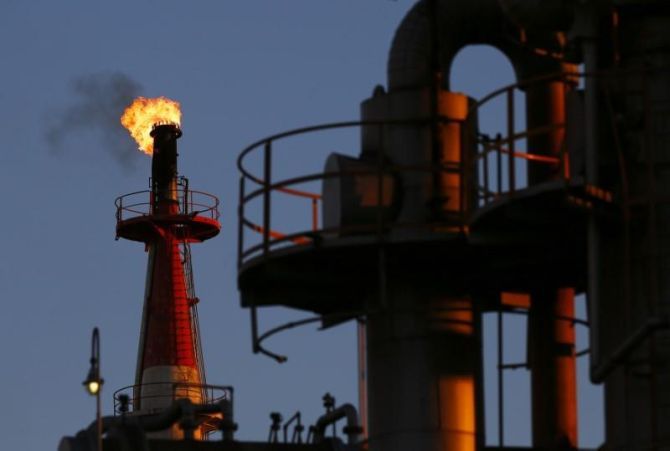 The consumption figures for September show that petrol has seen a rise of 2 per cent, for the first time in this current financial year, while diesel continues to report a deficit of 7 per cent, compared to the same month of 2019.

If this trend of a gradual improvement in consumption continues, there is no reason to doubt that the Centre’s excise revenue collections in the current year could reach Rs 4 trillion, the level that analysts have estimated.

In a year when tax revenues of the Centre under all other heads are expected to witness a huge shortfall, compared to the Budget estimates, the rise in excise collections would be a relief.

Consider the following to understand the impact of the oil bonanza on government finances. The Centre’s gross tax revenues (excluding excise from oil) in April-August 2020 had declined by over 31 per cent to Rs 4 trillion.

But after adding the oil excise collections, the gross tax revenues in the same period fell by 24 per cent at Rs 5 trillion. And this revenue cushion from the oil sector was available because of those decisions taken in March and May to hike the levies.

Of course, falling international crude oil prices helped the government, but that this opportunity was not allowed to go waste is something that shows how the Centre has been alert in taking a quick decision.

Not just the Centre, many state governments also have taken similar steps to take advantage of the falling oil prices.

Many of them increased the value-added tax on the sale of petrol and diesel. However, not all states appear to have used the opportunity as well as they could have.

State VAT or sales tax collections from petroleum products in the first quarter of 2020-2021 for Kerala, West Bengal, Telangana and Delhi have been relatively low, at just 6 to 9 per cent of their full year’s revenue in 2019-20.

But for most other states, the oil revenue in this period has been well over 15 per cent of the full year’s collections last year. This was healthy growth.

The oil sector has been quite lucky for the Modi government. It has often provided an opportunity to the government to mend its finances.

Oil taxes were raised then and the revenue from the sector largely contributed to the reduction in the government’s fiscal deficit.

If crude oil prices remain at this level for the next few months, the revenue shock for the government could be less severe, thanks to the increase in oil levies imposed in March and May.