Home » Business » PPP SMALL BUSINESS LOANS: How $659 billion in coronavirus-linked loans are being spread across lenders, states, and industries

In April, the US government launched the historic Paycheck Protection Program (PPP) to provide financial assistance to small businesses struggling amid the pandemic.

The PPP has so far allocated a staggering $659 billion across two separate installments. Funds for the $349 billion first round were tapped out in less than two weeks, while uptake slowed during the second round — $132 billion is still undrawn — as complex requirements and murky loan forgiveness guidelines are deterring small businesses from applying.

The PPP represents an extraordinary step to solve an unprecedented challenge faced by small businesses, and banks that act decisively in deploying PPP loans stand to earn new clients and goodwill from regulators, as well as a slice of billions in loan fees.

But earning these rewards is no simple task: Banks are expected to process and approve a flurry of loans on a rapid timeline, while processing applications on a first-come, first-served basis. On top of that, banks must now dedicate significant resources to processing loan forgiveness applications, a task that might be even more strenuous than approving loans.

Further, banks have taken heat for their handling of the PPP, while dissatisfaction among small businesses could also cost them customers. Regulators, lawyers, and the media alike have charged banks with being too slow to accept applications, prioritizing existing clients, and favoring larger loan amounts — although public criticism has eased during the program's second installment. On top of that, small businesses' dissatisfaction with how banks are handling the program could lead to bank switches: 29% of small business owners say their opinion of their bank has worsened after seeking a PPP loan, per a survey conducted by Greenwich Associates cited by American Banker.

In PPP Small Business Loans — the second of three updates — Insider Intelligence looks at how different lenders fared at implementing the PPP by examining the available data on PPP lenders' approval patterns and providing insights into how loans were spread across top lenders, geographies, and industries up to June 30. Further, our next installment will provide final numbers after the second tranche's current planned expiry on August 8, and will be available for free to those who have purchased any preceding versions of this report. 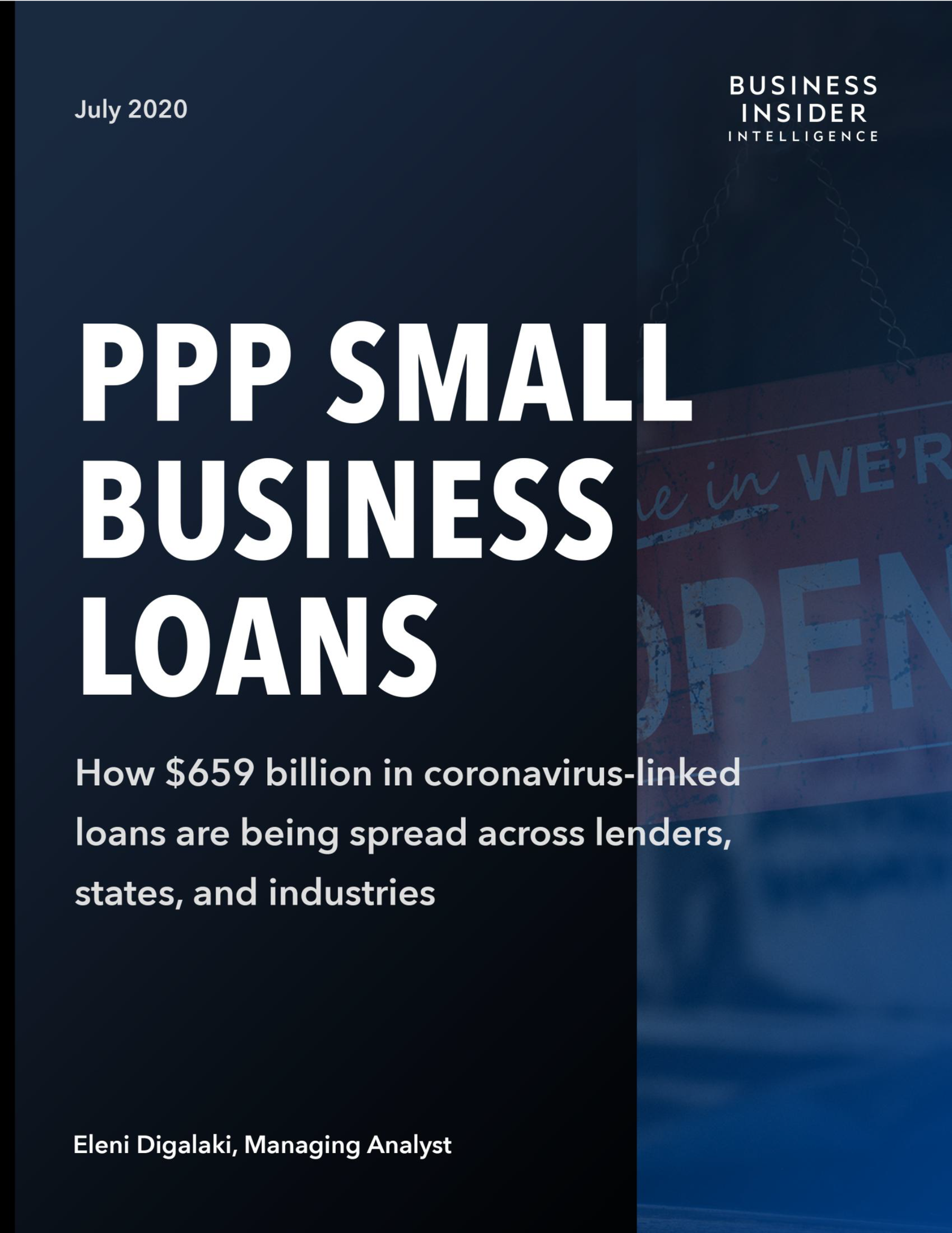