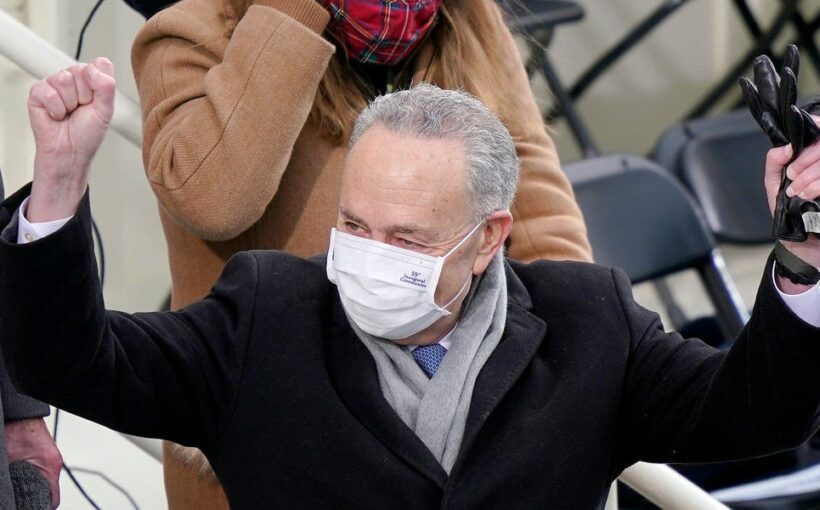 The package would also expand the National Science Foundation, providing $100 billion over five years to fund a new research and development agency. It also allocates $10 billion to build regional hubs across the US to boost domestic manufacturing and create new companies as well.

“This legislation will enhance American competitiveness with China and other countries by investing in American innovation, building up regions across the country to lead in the innovation economy, creating good-paying American manufacturing and high-tech jobs, and strengthening America’s research, development, and manufacturing capabilities,” Schumer said in a statement.

Khanna of California, a top House progressive, said in an interview that the broad coalition reflected deep backing for the measure. He believes lawmakers “hit the sweet spot” with a package aimed at countering China’s economic influence, a rare area of bipartisan agreement in Congress.

“I think it is a huge step in that direction in terms of improving our competitiveness, improving our job creation and improving our support of critical industries,” Khanna said in an interview with Insider. “It’s a key area.”

The White House released a statement supporting the package, though signaling it could still change.

“We look forward to working with Congress to further shape this legislation to renew America’s global leadership in science and technology and to make sure we develop and manufacture the technologies of the future,” White House press secretary Jen Psaki said in a statement.

China’s economic ascent has prompted a groundswell of Republican and Democratic calls for the government to invest more money into research and development in recent years. The pandemic also exposed the reliance of the US on global supply chains that originate in China.