New York (CNN Business)Coronavirus has left no parts of life untouched, even fast food. The pandemic has shifted how people consume it, with the drive-thru getting a second breath of life and digital ordering becoming the norm.

As a result, major chains have redesigned their restaurants to reflect the rapid change. They’re reinvesting in the exterior of stores, with drive-thru lanes gaining prominence. Even the parking lot is getting fresh eyes with dedicated parking spots for app orders or delivery drivers.
Sadly, it also means the end of the dining room for now. Chains are de-emphasizing them because many states have placed restrictions on capacity and people’s growing preference to eat far away from strangers.
Here’s how major chains redesigned their restaurants: 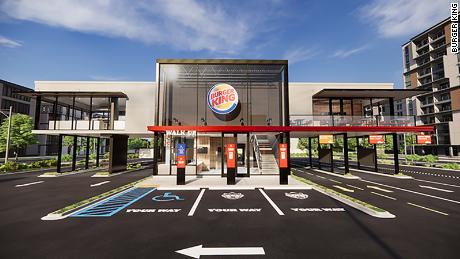 What makes the new concept unique is the reimagined exterior and parking lot. Customers will be able to drive into a designated spot, order through the app and have food delivered to their cars. Drive-thrus will be expanded to three lanes with one dedicated for delivery drivers.
The restaurants will also be smaller: One prototype has no indoor dining option at all. The other has a dining room and kitchen — with a conveyor belt for drive-thru orders — suspended over the lanes.
Drive-thru and delivery have been crucial for Burger King’s US business during the pandemic, when indoor dining has been banned or restricted. In the second quarter, drive-thru sales made up 85% of total US sales, compared to about 67% of total sales in US restaurants last year.
The chain plans to build some prototypes next year in Miami, Latin America and the Caribbean, and incorporate other elements into existing restaurants over time. 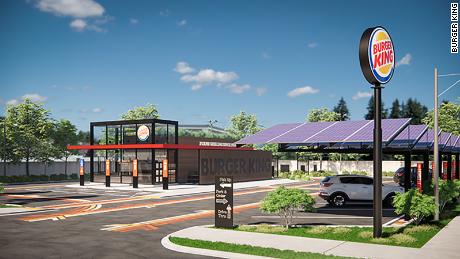 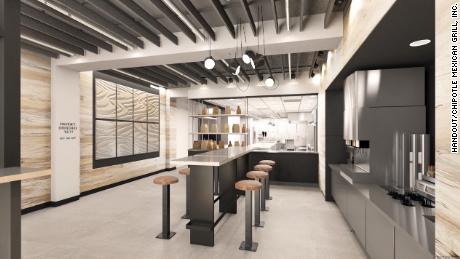 Roughly half of Chipotle’s sales were completed on its app or website in its most recent quarter, so it recently opened a first-of-its-kind restaurant to reflect that.
The location, in upstate New York, ditches the dining room and customers have to order ahead through its app, website or third-party apps like Uber Eats. That means the traditional line of picking and choosing ingredients is gone in favor of shelves. That results in less face-to-face contact between customers and employees.
It’s also much smaller than a traditional restaurant, so the design can cheaply fit in more urban areas where real estate is pricier. Chipotle said it plans to open more of these in areas where it has a “higher volume of sales through digital business,” a spokesperson told CNN Business. 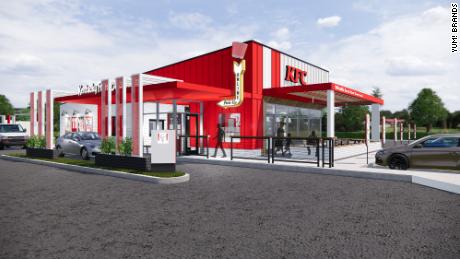 Kentucky Fried Chicken revealed two new designs in November that highlight the fact that diners’ habits have shifted toward delivery rather than in-restaurant dining — a trend that started pre-pandemic, but was accelerated by coronavirus, “proving a need for a modernized design,” the company said.

One design ditches the traditional dining room, an option with less square footage that would be ideal for expansion into busier areas like cities where real estate is more expensive.
KFC’s other design emphasizes the drive-thru, which encompassed 60% of the company’s sales in the third quarter. This design features two drive-thru lanes, with one dedicated to mobile order pickup.
The new designs will roll out in three US locations next year, including West Palm Beach, Indianapolis and central Kentucky. 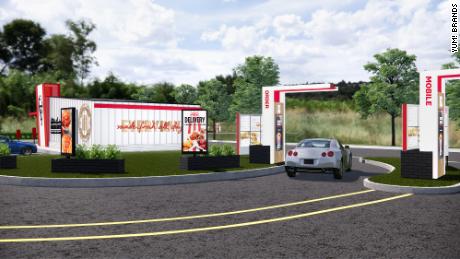 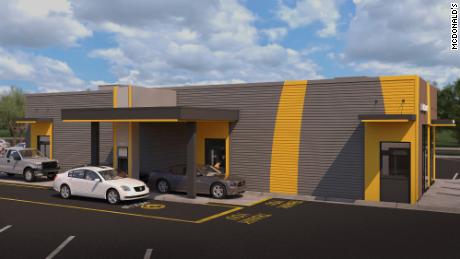 McDonald’s wants to improve drive-thru speeds — to help customers, of course, but also in hopes of getting them to show up more often and spend more when they visit.
In November, it unveiled a better drive-thru experience that includes automated order taking, and express pickup lanes for people who placed digital orders. A simplified menu also helped speed up the total transaction time by 30 seconds.
The chain is also testing concepts for restaurants that have little or no seating and are dedicated just to drive-thru, delivery and pickup. There’s also dedicated parking spots for mobile and online orders. 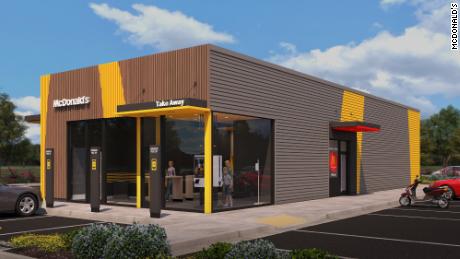 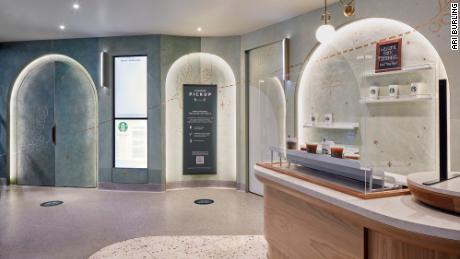 Starbucks might have predicted the future without even knowing it.
Last year, it unveiled a store format called “Starbucks Pickup,” a location without seating that encourages orders from its app. The store is around 1,000 square feet, nearly half the size of a regular cafe’s 1,800 square feet, making it more attractive to build in areas with expensive real estate, like cities.

There are just three of these locations (two in New York, one in Toronto) for now, but Starbucks plans to open more than 50 over the next year or so. It plans to have several hundred of them across the US over the next three to five years.
Starbucks is also increasing the number of cafés that offer curbside pickup and building more locations with drive-thru lanes in suburban locations in the coming months. 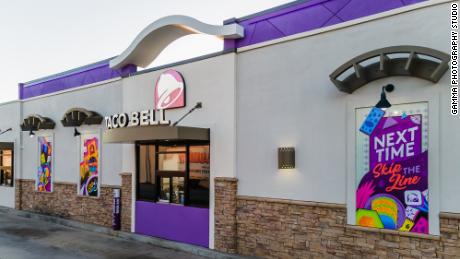 Taco Bell is cutting back on dining room seating and adding a second drive-thru lane dedicated to pick-up orders made on its app.
The design, unveiled in August, also includes adding curbside pick-up for contactless pickups and “bellhops” — masked employees stationed outside taking customers’ orders on digital tablets. (Customers can still walk into the restaurant and order at the counter.)
Owner Yum! Brands said that demand for its drive-thru “skyrocketed” during its most recent quarter, with the taco chain serving 30 million more cars compared to a year ago. The first restaurant remodel with “Go Mobile” features opened in Oklahoma. 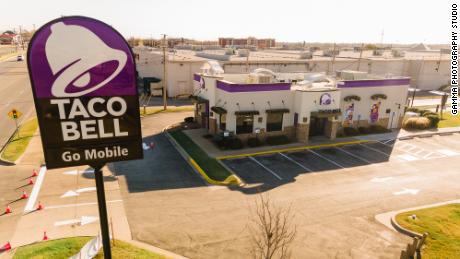