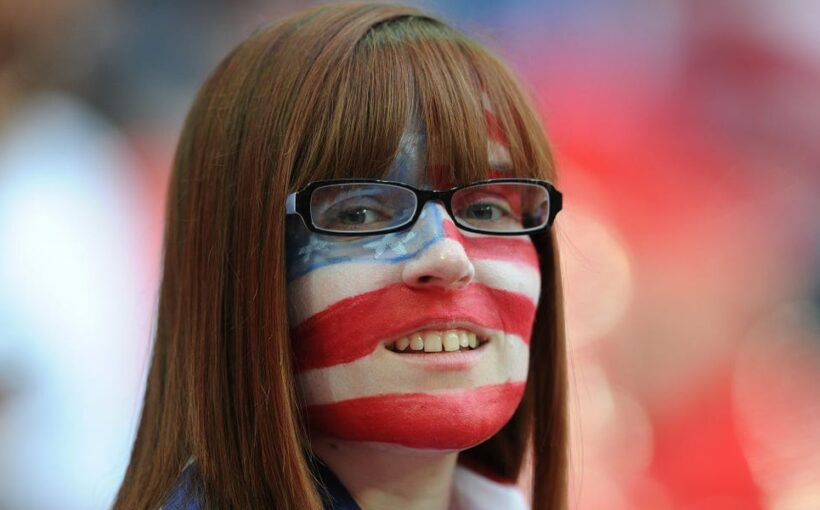 A college-educated couple, mortgaged house with a white picket fence, 2.5 kids, and a dog: It's the American Dream, and millennials are "killing" it.

So cried the press in the past decade, accusing millennials of killing so many industries that The New York Times (and Business Insider) dubbed it a cliche, while The Blade and The Washington Examiner went as far as blaming the generation for ending the American Dream.

It's not (always) that they're accusing millennials of murder — they typically argue the generation is apathetic or turning its back on the ideal. The sentiment is that America is losing its self-image of prosperity thanks to a generation that prefers spending on avocado toast over saving for a down payment.

Many millennials are directly challenging the dominant narrative of the American Dream by choosing to be single, childless, renting, not going to college, and serial job-hopping, said Larry Samuel, author of "The American Dream: A Cultural History" and founder of consultancy firm Age Friendly Consulting.

"What is largely misunderstood, however, is that this domestic, debt-based interpretation of the American Dream is not what James Truslow Adams had in mind when he coined the phrase in 1931," Samuel told Insider, emphasizing that the original definition meant every American should have the opportunity to realize a better life regardless of  socioeconomic status — a radical idea at the time.

As a result of both external economic forces and choices in a modern era, millennials are pushing the American Dream away from the postwar paradigm, reviving its true meaning in the process.

The American Dream isn't what you think it is

Truslow Adams was a freelance journalist and historian who made his name by coining the American Dream, but he didn't mean it the way it came to be interpreted decades later. In his book, "Epic of America," he defined it as "that dream of a land in which life should be better and richer and fuller for everyone, with opportunity for each according to ability or achievement."

As the US emerged as an economic superpower after World War II in 1945, material prosperity became involved. When rations and restrictions lifted, consumers spent wildly with wartime savings on everything from cars to homes, with homeownership rates increasing by 21% from 1940 to 1960. Thus, homeownership and education became the primary paths of achieving this ideal, molding today's American Dream that Samuel said is grounded in "the good life" — enjoying and signifying financial stability with a nice house in the suburbs and all the consumer trappings.

Samuel said this era was when "the domestic and consumerist American way of life emerged as our civil religion." A variety of powerful economic forces during the 1950s made it relatively easy for white citizens to realize that version of the American Dream, he added.

"Although an anomaly and a perversion of Adams' original 'be all you can be' concept, this postwar version of the American Dream remains heavily entrenched in our national psyche because of its potency and ubiquity," Samuel said. He added that the permanent retirement of this narrative is long overdue, because economic, social, and political forces make such a thing less relevant and achievable.

Of all the many things in American life that millennials have been accused of killing, this postwar version of the American Dream is foremost, with the consumerist lifestyle of a house and family in the suburbs in retreat for the generation.

But millennials are more scapegoat than perpetrator. Shunning the American Dream is, in part, economic necessity.

The Great Recession threw millennials into a blighted job market, kneecapping their ability to build wealth. A 2018 Federal Reserve study and 2019 Deloitte study both found they're financially behind previous generations at similar ages.

The issue of student debt "threw a giant monkey wrench into the works," Samuel said. Millennials were sold on the promise that a college education would guarantee a good job, only to find that some starting salaries wouldn't cover monthly loan payments.

"I still haven't been able to save enough to put a down payment on a house and commit to another 30-year loan," Daniela Capparelli, a 36-year-old who graduated into the 2007 financial crisis owing $150,000, told Insider last January. "I often feel like I already have a mortgage without the house."

Soaring living costs haven't helped. Starter homes are scarce, and the median price of home sales has increased by 39% since 1974. That's not to mention that health insurance and childcare are more expensive than ever.

Such a potent economic cocktail has caused millennials to delay — or reject altogether — homeownership, marriage, and kids while they scramble to gather their financial bearings.

But some millennials don't want a cookie-cutter American Dream

Some millennials have found themselves on the successful side of the wealth equation in an intergenerational inequality gap exacerbated by the pandemic, and have in fact achieved something like the postwar narrative of the American Dream. But others in this cohort have pursued their own version. It seems that some boomer status symbols simply don't hold the same allure for their children.

Many millennials have traded in long-term job loyalty and pensions for founding startups and job-hopping; end-of-life retirements for mini-retirements and early retirements; the manicured lawns of quiet suburbia for a bustling city life; and the stability of a home for a life on the road in an RV or tiny house. Even those who do aspire to own homes have eschewed the McMansion, opting for convenience and quality over size.

Families, too, are shaping up differently. An estimated 25% of millennials are unlikely to ever marry, with some simply finding the concept outdated. And there's another reason behind the fertility decline: Women are becoming more comfortable with choosing a childfree life.

An October 2020 survey by The Walton Family Foundation and Echelon Insights, which polled 4,000-plus millennials and Gen Zers and hosted a 300-person focus group, was telling: When asked to share images that represented the American Dream, many chose a home with a white picket fence, but often indicated they didn't identify with it.

Most defined the American Dream as freedom, especially to choose whatever one wants to be, followed by financial wellbeing, family, good job or career, and housing in the top five.

As a 34-year-old person living in Atlanta wrote when Fast Company asked readers how their American Dream differs from their parents in 2019, "Quality of life over quantity of money. In other words: Smaller house, less stuff, richer life, more love."

This pursuit of a deeper kind 0f life sounds a lot like what Truslow Adams was describing.

Millennials' and Truslow Adams' American Dream is the same: living life on one's own terms

Now, that's not to say all millennials have rejected the postwar narrative of the American Dream.

Samuel said a fair share of millennials will continue to chase it. "There is much pressure for millennials (and Gen Z) to literally buy into the postwar narrative," he said. "It may very well be an anachronism, but the vision of the house with the white picket fence occupied by two married, college-educated, and gainfully employed adults with 2.5 children remains an undeniably appealing one for many."

The pandemic has proven as much, with millennials jumping at the chance of homeownership amid increased savings and low mortgage rates. Along with some Gen Xers, they make up the biggest share of new homeowners from the second quarter of 2019 and 2020, per US Census Data.

Many millennials still define the American Dream the same way previous generations do: owning a home, being debt-free, and retiring comfortably, a 2018 Bank of West survey found. But millennials placed more emphasis on the one thing Gen X and baby boomers found least important: pursuing a passion.

Samuel agrees, saying many millennials "have demonstrated the courage to blaze their own trail by pursuing their particular passion."

Millennials are ultimately trying to do what they're best known for: living their best life. For some, that looks like the postwar narrative. For others, it's a lifestyle deemed "alternative" by societal expectations.

"Millennials are indeed pursuing the American Dream by striving for whatever personal and professional goals in life they have set," Samuel said, citing the generation's entrepreneurial leanings as consistent with the original expression of freedom.

This doesn't mean every millennial's personal vision of their best life is easily attainable. In a world currently ridden by the pandemic, growing wealth and social inequality, and climate change, there are a lot of obstacles to overcome. But millennials see the American Dream as the opportunity to do just that. They're already fighting to tackle these issues, and a Biden era promises fresh hope.

The American Dream born in 1931 — the depths of the Great Depression — saw the promise of another way of life. Maybe it's no accident millennials seem to understand that better than any generation since.