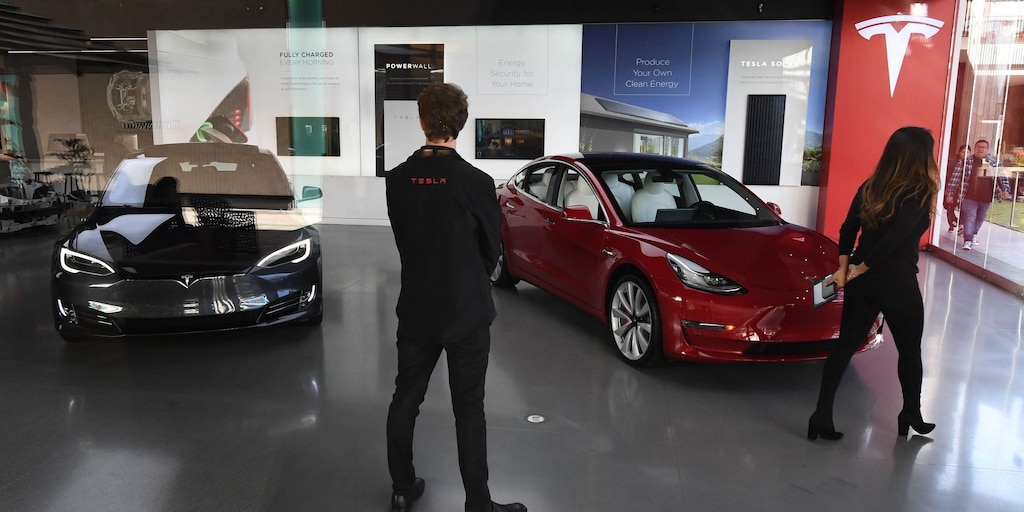 Tesla bondholders are a bit late to the party, but they now join shareholders in profiting big from the company’s rapid ascent.

The automaker’s bond expiring in 2025 rose to a record 104.36 cents on the dollar on Tuesday, The Wall Street Journal first reported. The leap followed Tesla announcing plans to sell up to $5 billion in stock.

The fundraising effort buttresses Tesla’s balance sheet as it prepares to roll out new models and continue expanding its factory footprint around the world. By raising billions of dollars in new cash, Elon Musk’s company can more easily pay down debts and finance its continued growth.

Read more: A $7 billion fund manager breaks down why the perfect storm is brewing for investors’ most-loved stocks as the election nears — and shares 4 trades to capitalize on their downfall

News of the stock sale ate away at Tesla’s run-up on the stock market. Shares sank as much as 8% on Wednesday after tumbling 4.7% in the session prior. The stock had touched intraday records as recently as Tuesday before fears of the share offering eroding value slammed prices.

The bond’s rally reverses the asset’s recent tumble to record lows. The instrument sank as low as 79 cents on the dollar in mid-March as Tesla grappled with the coronavirus pandemic and temporarily shut down its new Shanghai facility. The hit reignited investors’ fears from 2018 that the automaker’s high rate of cash burn would endanger their investments.

Read more: ‘You can make 5, 10, 50X your money’: Here’s an inside look at the 7-part strategy small-stock expert Ian Cassel is using to unearth the market’s most overlooked gems

The company was quick to reverse its fortune. Shares surged nearly 480% from their mid-March low to their August 31 record as traders bet on the company to lead an electric car revolution. Tesla’s market cap now dwarfs automotive rivals Ford and Fiat Chrysler, as well as other sector giants including Walmart.

The automaker’s stock sale is a “smart move at the right time,” Wedbush analyst Dan Ives said in a Tuesday note. Tesla’s past fundraising moves helped the company avoid default and usher in its critical factory in China. Now that Tesla shares are in high demand and the company enjoys sustained profitability, it should “further firm up its growing cash position and slowly get out of its debt situation,” Ives wrote.