Home » The CEO of $1.95 billion ThoughtSpot explains how its new product for startups and tech companies fits into its master plan for an IPO 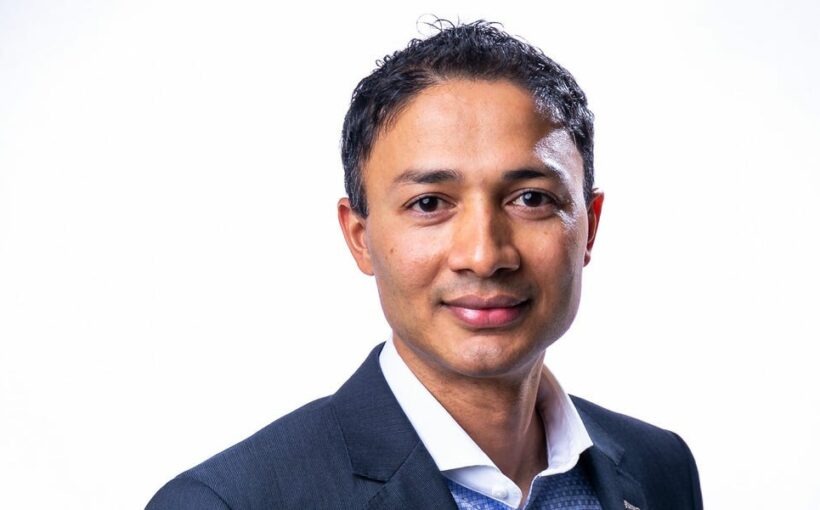 With 600 employees and a valuation of $1.95 billion, the nearly decade-old analytics startup ThoughtSpot is aiming to reinvent itself as a cloud company before it undergoes its planned IPO.

On Tuesday, the company is expected to launch a new product called ThoughtSpot Everywhere to help developers easily build analytics into their products with a minimum of coding required. It’s also acquiring Diyotta, a North Carolina and India-based company that builds integration tools for data analysis, focused on the cloud. ThoughtSpot declined to disclose financial details of the acquisition.

With a recent $20 million investment from cloud data storage company Snowflake under its belt, the Sunnyvale, California-based ThoughtSpot has also been focused on moving its entire business to the cloud, including helping customers using their own private data centers make that transition themselves.

Of those customers, CEO Sudheesh Nair told Insider that about 80% are planning to make the cloud transition, and many are large enterprises in finance that follow a “herd mentality” when it comes to IT.

The new ThoughtSpot Everywhere platform aims to help that trend along, Nair said, describing it as “squarely aimed” at going after startups and large built-in-the-cloud companies like Uber and DoorDash in taxi or food services.

“My biggest bet for this year with cloud is the cloud native companies,” Nair said, “We want ThoughtSpot to be the company that delivers analytics for all of these companies. I know it’s a huge ambition.”

And by giving developers at those companies the ability to analyze data with natural language searches — essentially, plain speech, rather than formulas or code — he envisions ThoughtSpot being used by people building products, not just the dedicated data science and analytics teams as larger companies.

That approach could help the company as it aggressively pursues new cloud customers — even as it helps its more legacy-oriented customers make the switch. Winning over those companies while also keeping its relationships with larger ones is a critical maneuver for the company to pull off before it plans to file for a public offering, Nair says.

Ultimately, Nair, who joined ThoughtSpot in 2018, said he aims to put the analytics company at the forefront of a new breed of business intelligence products — ones that are powered by the cloud and more dynamic than the traditional dashboards and reports that “don’t talk back to you.”

“We are sort of declaring our position more clearly for the world who we are, because sometimes we get dumped into the same bucket as business intelligence companies,” Nair told Insider. “People use it as a comfort blanket, a way of feeling like they are making data driven decisions, but what they end up doing is they usually make decisions they already want to make.”

The ‘shelf life’ of data is shrinking, so it needs to be processed faster and by anyone

The amount of data has increased so dramatically that Nair says companies went from collecting about five exabytes to 470 exabytes of data per day. Such scale requires an immense amount of processing power, which is best suited to the cloud and the products that can take advantage of it.

“The shelf life of data is actually shrinking,” Nair said. “Today’s data leaders, whether it’s SAP, Oracle, Tableau, Microsoft, none of them have a product that is built to handle that level of scale of data and make it accessible to every single person in the company, whether or not they know how to do data stuff, SQL, Python, coding.”

Though ThoughtSpot competes against the likes of Salesforce-owned data visualization giant Tableau and Microsoft, Nair sees his company’s products as competing most directly against legacy software that isn’t in the cloud at all.

“We absolutely want to take the dollars that are located for Microsoft Power BI and Tableau, for sure. There are also a lot of billions of dollars tied up in extremely old products,” he said.

Part of going after cloud-first companies as well legacy customers means close partnerships with a number of products and data sources. The company integrates with popular cloud data warehouses Snowflake and Databricks, as well as the flagship data warehouses from cloud giants Google, Amazon, and Microsoft. It can also analyze data from internet-connected devices, Nair says.

But often those same cloud-native companies want to build their own analytics platforms rather than buy from an outside vendor. Nair says he’s aware ThoughtSpot will compete against those companies’ own engineering teams, but will encourage them to “focus on their core business” while ThoughtSpot handles the analytics piece.

“What ThoughtSpot is saying is, ‘ThoughtSpot Everywhere will become the de facto way to build low code, delightful data applications, as long as your data is on cloud,” Nair said.

Why ThoughtSpot is buying a cloud data integration company

Another prong in ThoughtSpot’s cloud strategy is acquiring companies that focus on data integration for the cloud.

Diyotta is “one of the few companies who have figured out data integration in the cloud,” Nair says, and his goal for the acquisition is that Diyotta’s product will deliver faster integration into software apps and cloud data warehouses for ThoughtSpot, and that its 60 engineers will transition to working for the company.

“Where Diyotta will come in is as you start looking at software-as-a-service apps, there are hundreds of thousands of apps out there that customers use. And then you need to also bring it back and modify into the system of record like Salesforce or ServiceNow, and then put it in a data warehouse. Think of the Diyotta team and their talent as the connecting tissue for all of that,” he said.

ThoughtSpot’s ongoing bet on cloud also fits into what analysts have called the “golden age” of digital transformation, and one that has benefitted cloud providers — primarily the three biggest. This most recent earnings season showed the unabating strength of cloud, with Amazon, Microsoft, and Google reporting blockbuster earnings on the heels of cloud growth.

Nair is hopeful that ThoughtSpot can ride those coattails to success.