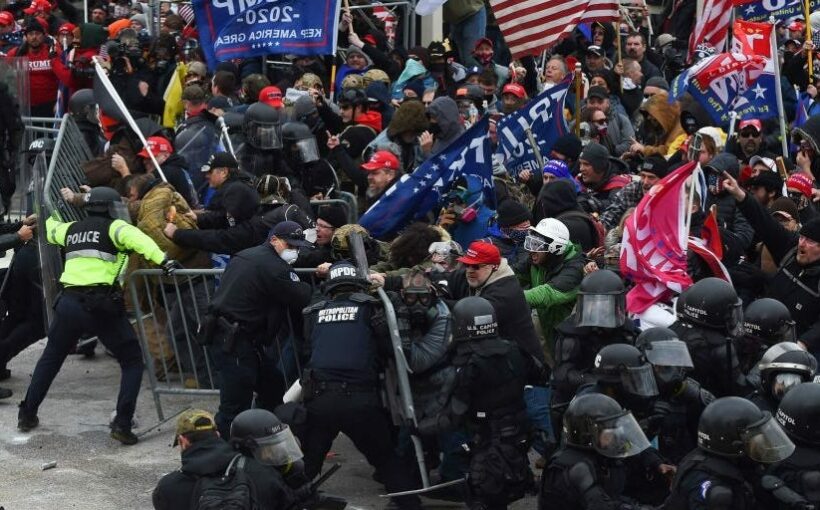 A man from Kentucky who rioted at the US Capitol on January 6 was arrested a week after undercover FBI agents secretly recorded him, according to a recent Department of Justice filing.

Stephen Randolph was charged with assaulting, resisting, or impeding an officer causing bodily injury, obstruction of law enforcement during civil disorder, and obstruction of justice/Congress.

Randolph appeared in several video recordings and photographs from the Capitol riots where prosecutors allege he attacked police officers behind barricades. Prosecutors said one officer fell down during the scuffle and hit her head on a set of stairs, resulting in her losing consciousness.

Investigators were unable to determine Randolph’s identity for three months before the FBI identified him using facial-recognition software to link images from the riots to photographs on his girlfriend’s Instagram account.

The DOJ said undercover FBI agents followed Randolph to work on March 3 where they captured photos of him wearing the same hat, jacket, and jeans he wore at the Capitol. In mid-April, the undercover agents spoke with and recorded Randolph at his workplace admitting to his time at the Capitol.

“I was in it,” the DOJ alleges Randolph said, referring to the crowd outside the Capitol barricades. “It was f—–g fun.”

Randolph also reportedly told the undercover agents he witnessed the female officer fall and smack her head on the ground.

Randolph had his first federal court appearance on Wednesday but details had not yet been released at the time of publication.