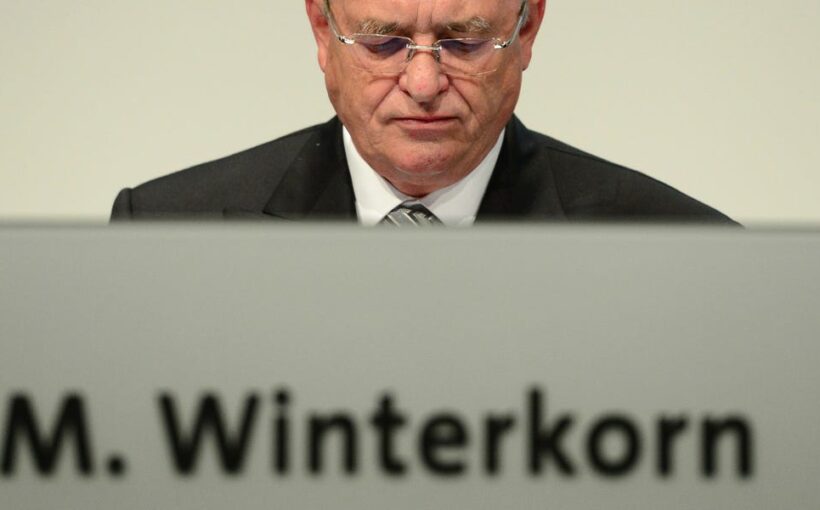 The name Martin Winterkorn has, for some time, been synonymous with the world of traditional car manufacturing, albeit not always for the best reasons.

For almost ten years, the German executive led the Volkswagen Group and was arguably responsible for transforming the Wolfsburg company into the largest vehicle manufacturer in the world.

Almost immediately after he'd successfully prised predecessor Ferdinand Piëch's grip from the helm of the company, however, Winterkorn fell from grace after becoming embroiled in Dieselgate, one of the biggest scandals in the history of car manufacturing.

There may yet be hope for saving the name, however: Martin Winterkorn Jr. is making his debut in the field of electric vehicles and there are already a number of promising indications that the executive's son will be shaping the future of the automotive industry.

Martin Winterkorn's son is an exceptional mathematician, according to colleagues.

"The boy has tremendous potential," say colleagues at the company's headquarters.

They insist that he's a down-to-earth guy.

"When he was asked at school in Ingolstadt what his parents did for a living," recounts a companion, "He would simply reply that his dad worked at Audi."

Apparently, it never came up that his father was, in fact, the chairman of the company's board.

Winterkorn Junior turned down a job at Apple

It's little wonder, from Winterkorn junior's background at Stanford, that the German has piqued the curiosity of the likes of large US tech companies like Apple, which offered him a job.

But he turned the giant down.

"Martin is obsessed with science," says a family friend, "So much so that he sets his alarm clock at two o'clock in the morning so he can carry out tests in an empty room, undisturbed."

Winterkorn is driven by the prospect of working on a groundbreaking achievement: rather than work for Apple, he opted to obsessively research a way to make the perfect battery in a research role at QuantumScape, a startup founded by former Stanford scientists.

Winterkorn Jr. is on a quest for the perfect battery

Though Winterkorn Jr. is only in his twenties, the researcher is already part of a project at QuantumScape that's so big, it could give Volkswagen the deciding advantage in the race against Tesla for the "miracle" battery. QuantumScape is a standalone US company but is backed by Volkswagen and Microsoft founder Bill Gates.

QuantumScape recently presented internal test data on a new solid-state battery that puts previous lithium-ion batteries to shame, according to a report by New Atlas.

It can be charged to 80% capacity in under 15 minutes.

Not only that but it can work in freezing temperatures without losing power — it can even withstand extreme heat without catching fire.

Even skeptics are calling it a breakthrough with Elon Musk — who is often quick to pick fault with alleged innovations from competitors — remaining unusually quiet.