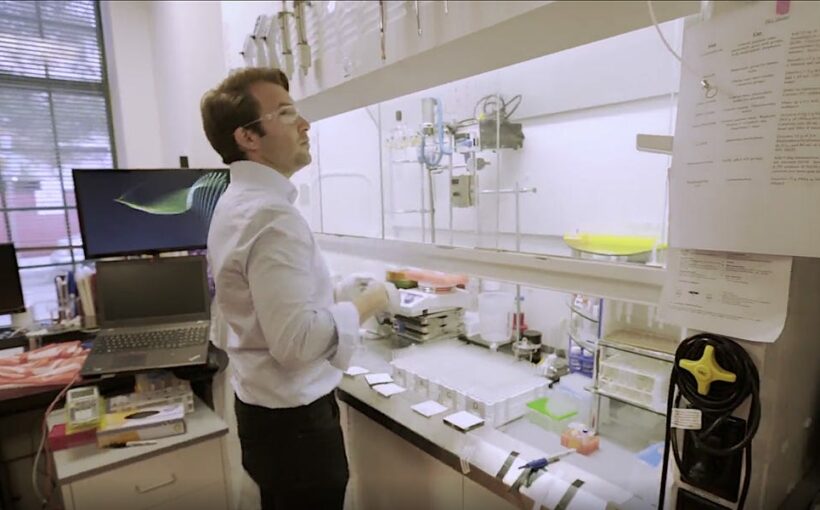 For decades, having one good scientific idea has been enough for a young biotech firm to raise money from venture capitalists.

But a new wave of startups are coming out of the woodwork with bigger plans. They’ll make drugs, but they’re also licensing research tools, tackling manufacturing, and even building their own spinout companies, all during their infancy.

The Series C round valued Alloy at $563 million, according to a company executive who ask not to be identified. It’s a five-fold increase from the $91.25 million valuation at which Alloy raised its Series B round in May.

The Lexington, Massachusetts-based startup has multiple business arms. It licenses out research tools to drug companies and academic laboratories, assists outside partners with research services and is building an incubator for its own slate of spinoff companies.

Alloy is already bringing in revenue from dozens of partnerships, but its investors will need to wait for a payout. The company’s long-term goal is to make just $1 of profit — all of the other revenues will be recirculated back into the company to fuel its growth, according to CEO Errik Anderson.

The concept was a hard sell for some investors. “There’s this moment when we’re talking to other investors or partners or others, where I get the distinct feeling that people don’t believe me,” Anderson told Insider.

Alloy’s pitch was boosted by the trend toward large, multi-faceted biotech startups. Startups with this structure give entrepreneurs like Anderson financial flexibility, while investors are ostensibly exposed to less risk, because the failure of any one experimental treatment won’t necessarily doom the entire venture.

Just a few towns over from Alloy’s headquarters, ElevateBio has raised $875 million over three financing rounds to develop cell and gene therapies. Elevate Bio has invested in and created several affiliate biotechs. These companies get access to a manufacturing site ElevateBio constructed in Waltham, Massachusetts.

Other ventures like BridgeBio, Roivant Sciences and Centessa Pharmaceuticals have adopted similar hub-and-spoke models, where subsidiaries and spinout companies share a common pool of R&D resources.

Alloy investors won’t make money off of its humanized mice, but will become shareholders in spinoff companies

The hope is that scientists can better anticipate how experimental drugs will work in people. Right now, researchers can run into roadblocks when drug compounds that worked when tested on mice fail during trials in humans.

It’s a similar approach to what Regeneron has done for decades that led to the discovery of drugs like cancer treatment Libtayo or eczema treatment Dupixent.

Another branch of the business conducts contract research work and tech support for drug companies and academic laboratories. The revenue from the humanized mice and the services businesses goes back into Alloy to fund development of new research tools, and also to fund the service business and the incubator.

It’s the third arm of the business that offers the most upside for investors: Alloy’s in-house company creation studio dubbed 82VS.

Alloy and its entrepreneurs-in-residence will create new startups by working with other drug companies, or funnel some ideas into Alloy’s own wholly owned subsidiary, New Frontier Bio.

Over the next 10 years, the New Frontier team plans to assess 100 potential drugs, packaging groups of the most promising candidates into new spinoffs or subsidiaries. Alloy’s investors will automatically get a stake in those ventures and could make money if they’re acquired or go public.

The startup is part of a ‘third generation’ of biotech investment, its CEO says

Anderson says Alloy is part of what he calls the third generation of biotech venture capital. Investors have moved from simply handing over a check, to creating biotechs themselves, to now developing companies with the infrastructure to support multiple ventures.

“Every one of our investors has to believe that by creating this ecosystem, by investing in the platforms and services and sharing them with 82VS, that you’ll start at least one other company that will benefit so greatly that your equity or your drug value will be so much higher in all of those other biotech companies that you fund, because Alloy exists,” Anderson said.

“I’m not suggesting that we’re smarter or better. I would say that we’re far more committed,” he added.