Tony Tanner, the Tony Award-nominated director and choreographer of Broadway’s Joseph and the Amazing Technicolor Dreamcoat in 1982, died Sept. 8 at his home in Los Angeles. He was 88.

His death was confirmed on his official website. A cause of death was not disclosed.

Tanner, born in Middlesex, England, trained at the Webber-Douglas School in London and soon went on to establish an acting career in UK repertory companies and small London revues. The latter included an early sketch by a young playwright named Harold Pinter, a collaboration that would continue with Pinter’s celebrated The Birthday Party.

In the early 1960s, Tanner was cast in the West End production of the  Leslie Bricusse-Anthony Newley musical Stop the World – I Want to Get Off, later appearing as Littlechap in the 1966 film version.

Tanner moved to the U.S. to appear in the 1965 Broadway musical Half a Sixpence, and would later perform in the Broadway productions of No Sex Please, We’re British (1973) and Sherlock Holmes (1974).

As a director and choreographer, Tanner made his Broadway debut with the 1976 musical Something’s Afoot, following up in 1978 with his direction of cabaret musical – and noted Broadway flop – Gorey Stories, which opened and closed the night before Halloween that year.

Tanner’s double-punch Broadway comeback came in 1981, when his direction of the play A Taste of Honey brought the revival a Tony nomination (star Amanda Plummer won the Tony that year, but for her performance in Agnes of God). 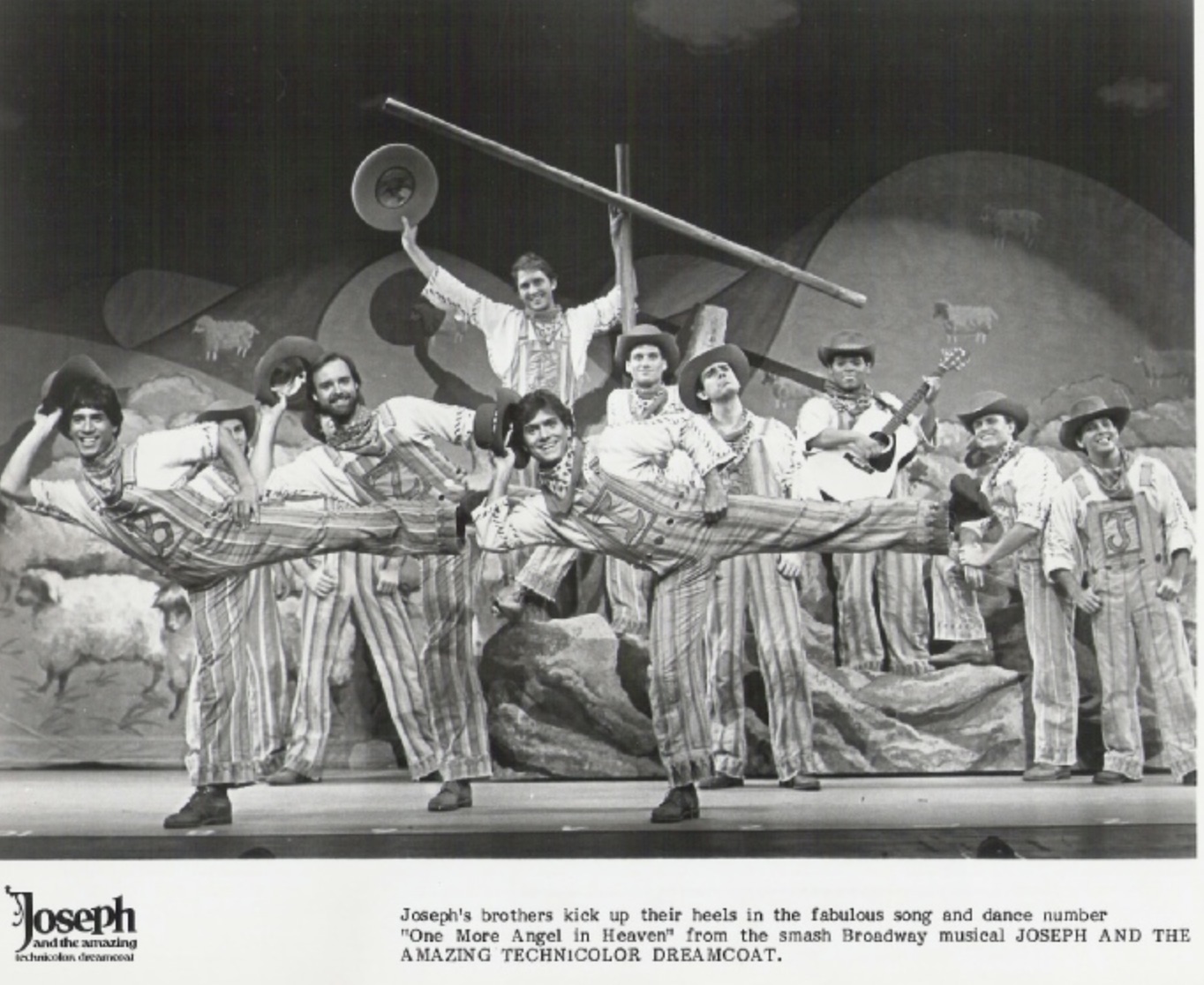 Also that year was his Tony nominated direction and choreography for the Andrew Lloyd Webber-Tim Rice musical Joseph and the Amazing Technicolor Dreamcoat (he lost the direction award to Nine‘s Tommy Tune for Nine and the choreography award to Dreamgirls‘ Michael Bennett and Michael Peters).

Tanner’s Broadway career took another blow, though, with 1989’s $2 million flop of Prince of Central Park, a musical that ran for four performances and drew a notoriously harsh review from The New York Times’ Frank Rich, who called the production a “numbing evening” of “guileless amateurism.”

Tanner continued acting on stage, on film (Robin Hood: Men in Tights)  and in television (he played Burgess Meredith as the Penguin in the 2003 TV movie Return to the Batcave: The Misadventures of Adam and Burt). In 2010, he wrote and performed the one-man play Charlatan, about Sergei Diaghilev and the Ballets Russes. A tour of UK theaters marked Tanner’s return to his home country after nearly 50 years.

Tanner is survived by his husband Henry Selvitelle.