WASHINGTON (Reuters) – President Donald Trump on Tuesday said his administration would help U.S. airlines facing sharp downturns in passenger traffic as a result of the novel coronavirus pandemic, but gave no details. 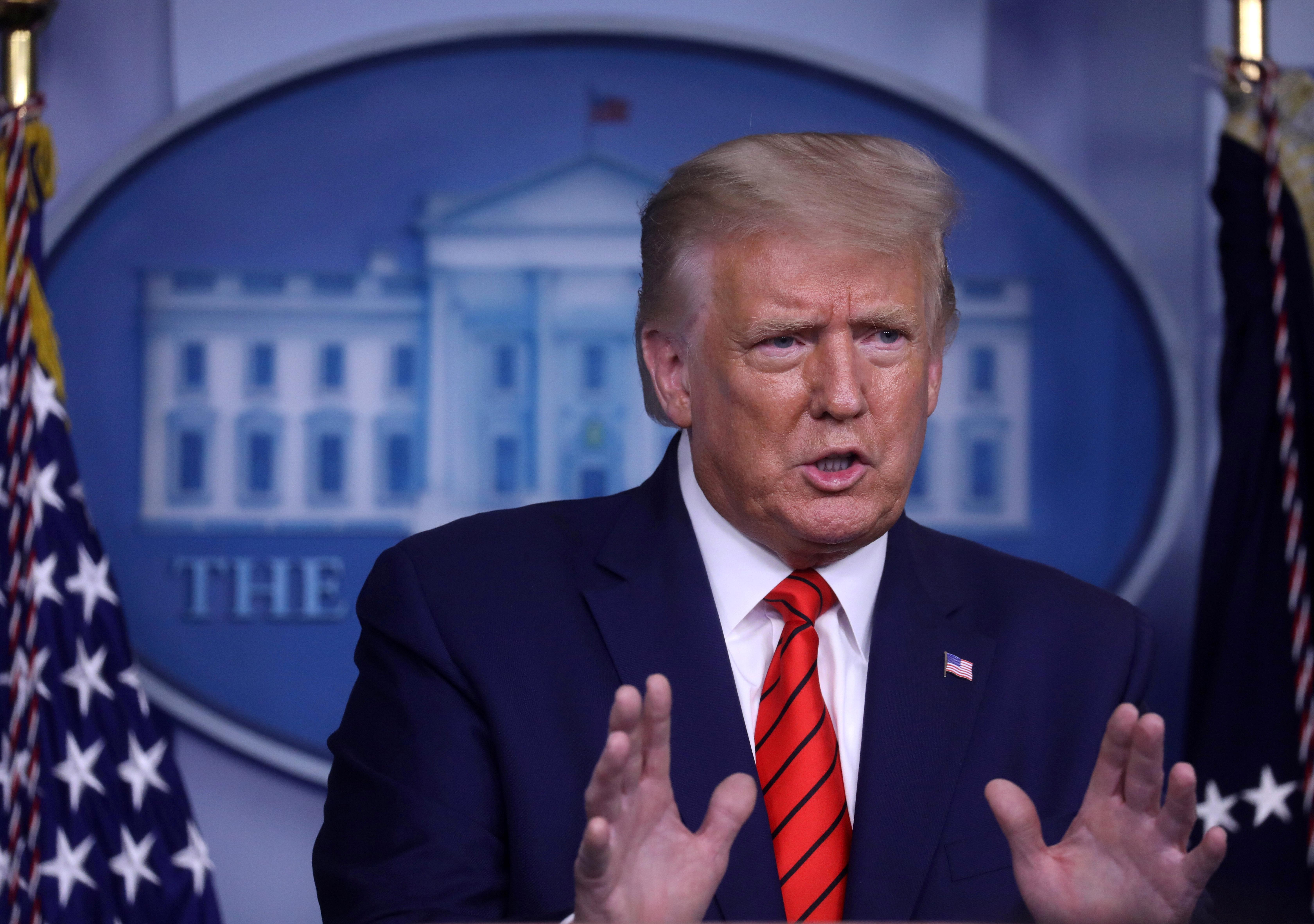 “We’ll be helping the airlines. You have to help the airlines,” Trump told reporters before departing on a visit to Kenosha, Wisconsin. “Airlines are a tough business in good times.”

Airline shares jumped on Trump’s comments but then gave up some gains. American Airlines (AAL.O) was up 1.5%, while United Airlines (UAL.O) was up 0.5% in early afternoon trading.

U.S. passenger airlines are still collectively losing more than $5 billion a month as 30% of airplanes remain parked. Passenger travel demand remains down about 70% and, on average, planes are half-full.

Last week, American Airlines said its workforce would shrink by 40,000, including 19,000 involuntary cuts, in October unless the government extends aid for airline employee payrolls.

United said Thursday it will need to cut 2,850 pilot jobs between Oct. 1 and Nov. 30 if the government does not extend assistance.

As bailout money runs out without a travel recovery in sight, airlines and unions have lobbied Washington for another $25 billion. However, talks have stalled as Congress has struggled to reach agreement on a broader coronavirus assistance package.