WASHINGTON (Reuters) – U.S. President Donald Trump has days to decide whether to impose tariffs on nearly $160 billion in Chinese consumer goods just weeks before Christmas, a move that could be unwelcome in both the United States and China. 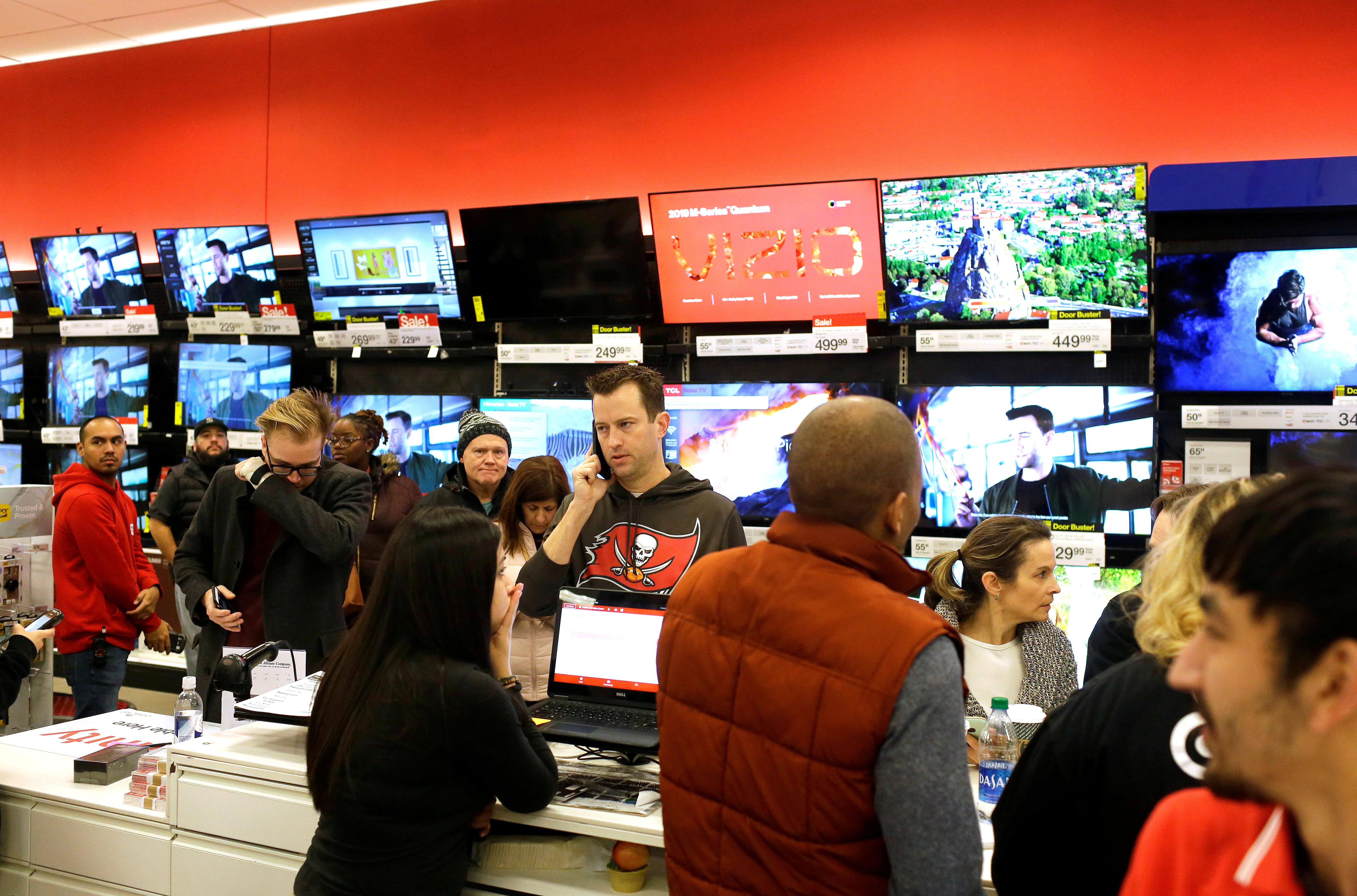 The White House’s top economic and trade advisers, including Trade Representative Robert Lighthizer, Larry Kudlow, Peter Navarro, and Treasury Secretary Steven Mnuchin are expected to meet in coming days with Trump over that decision, one person briefed on the situation said. There is still no clarity on what the decision will be.

The way the tariffs are written, the Trump administration has to act, or else they automatically go into effect, trade experts said.

“Unless USTR (the U.S. Trade Representative) issues a notice of modification for these tariffs, they will take effect on December 15 as scheduled,” said Tami Overby, senior director at McLarty Associates, a Washington-based trade consultant.

Kudlow, director of the White House’s National Economic Council, said late Tuesday morning no decision had been made.

“The reality is those tariffs are still on the table, the Dec. 15 tariffs, and the president has indicated if the short strokes remaining in negotiations do not pan out to his liking that those tariffs could go back into place,” Kudlow said at a Wall Street Journal conference.

The Trump administration said in August it would put 15% tariffs on billions in Chinese-made consumer goods on Dec. 15. Known as the “4B” list of goods here those tariffs would hit video game consoles, computer monitors, Christmas decorations, toys and other items including clothing often given as gifts.

The White House has been deliberating for weeks whether or not to impose the tariffs, and said here in early November they would likely be averted if a Phase One deal was reached.

Both sides have still not reached agreement on crucial parts of the deal. These include the amount of U.S. agricultural goods Beijing would agree to purchase and when the U.S. would roll back other tariffs it imposed on Chinese goods, people briefed on the talks said.

If the White House does allow the Dec. 15 tariffs to take effect, then the U.S.-China deal talks are likely done for the remainder of President Trump’s term, the source said.

In November, the Trump administration failed to meet its own deadline to impose tariffs on auto imports under a “Section 232” investigation. The White House needs to find another way to tax foreign cars after letting that deadline lapse, trade experts told Reuters.

Goods that would be affected by the Dec. 15 tariffs include industrial goods like pesticides and other chemicals, but also a bevy of consumer items that are in heavy demand around the Christmas and New Years holidays, according to a Reuters analysis of the tariff list announced in August. They include plastic tableware, handbags, photo albums, woolen bathrobes, silk pajamas, turntables and jeweled wristwatches.

While most goods that Americans will buy before Christmas had been shipped long before, retailers could add opportunistic price increases, trade experts said.

“Trump does not want to do that right before Christmas. The optics would be terrible,” William Reinsch, a former senior U.S. Commerce official and trade expert at the Center for Strategic and International Studies, told Reuters in November.