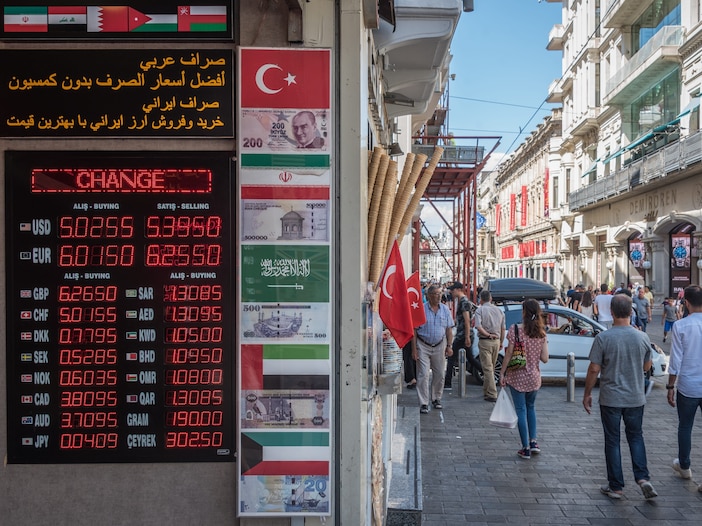 The Turkish lira fell as much as 14% on Monday, after President Recep Tayyip Erdogan sacked the head of the central bank, Naci Agbal. Investors fled Turkish assets after Agbal’s departure, whose appointment had increased confidence and trust in the country’s monetary and macroeconomic policies.

Since Agbal’s appointment in November 2020, the lira had regained some strength and stability, as domestic and foreign investors responded well to his more traditional macroeconomic policies. Previously, Turkey’s unconventional approach to monetary policy had made many investors cautious and the lira suffered as a result.

“Mr Agbal’s replacement, Sahap Kavcioglu, is a little-known business school professor who shares President Erdogan’s economics theories and is, unsurprisingly, associated with the ruling party. Turkey will be an interesting example of what EM can expect if inflation fears rise markedly, with markets nervous about inflation in developed countries and punishing asset classes accordingly,” Jeffrey Halley, senior market analyst at OANDA, said on Monday.

Turkish finance minister Lütfi Elvan has however stated the country will continue to follow a policy of free markets and a liberal foreign-exchange regime. A statement by Kavioglu also said the Turkish central bank “will continue to use the monetary policy tools effectively in line with its main objective of achieving a permanent fall in inflation”.

The falling lira dragged on the benchmark Borsa Istanbul 100 index, which tumbled by as much as 9% on Monday, as investors fled the domestic market.

The heightened nervousness of fixed income investors was also reflected in the stark price fall of the benchmark Turkish 10-year bond. Its yield rose by as much as 300 basis points to around 16%, on Monday, its highest since August 2019. Yields move inversely to prices.

Growing concerns over economic and currency instability following Agbal’s dismissal, especially relating to shifts in interest rates and inflation, have raised the risk associated with Turkish assets and led investors to pull out of Turkish markets across the board on Monday.

The long-term strength of the Turkish economy and the lira are now in jeopardy, Rabobank senior emerging-market strategist Piotr Matys said.

“Essentially, the risk that the CBRT could make the same policy mistake as in 2019/2020 is high. To reiterate the point we have made on numerous previous occasions, Turkey cannot afford to have negative real interest rates when inflation is substantially above the official 5% target,” Matys said.