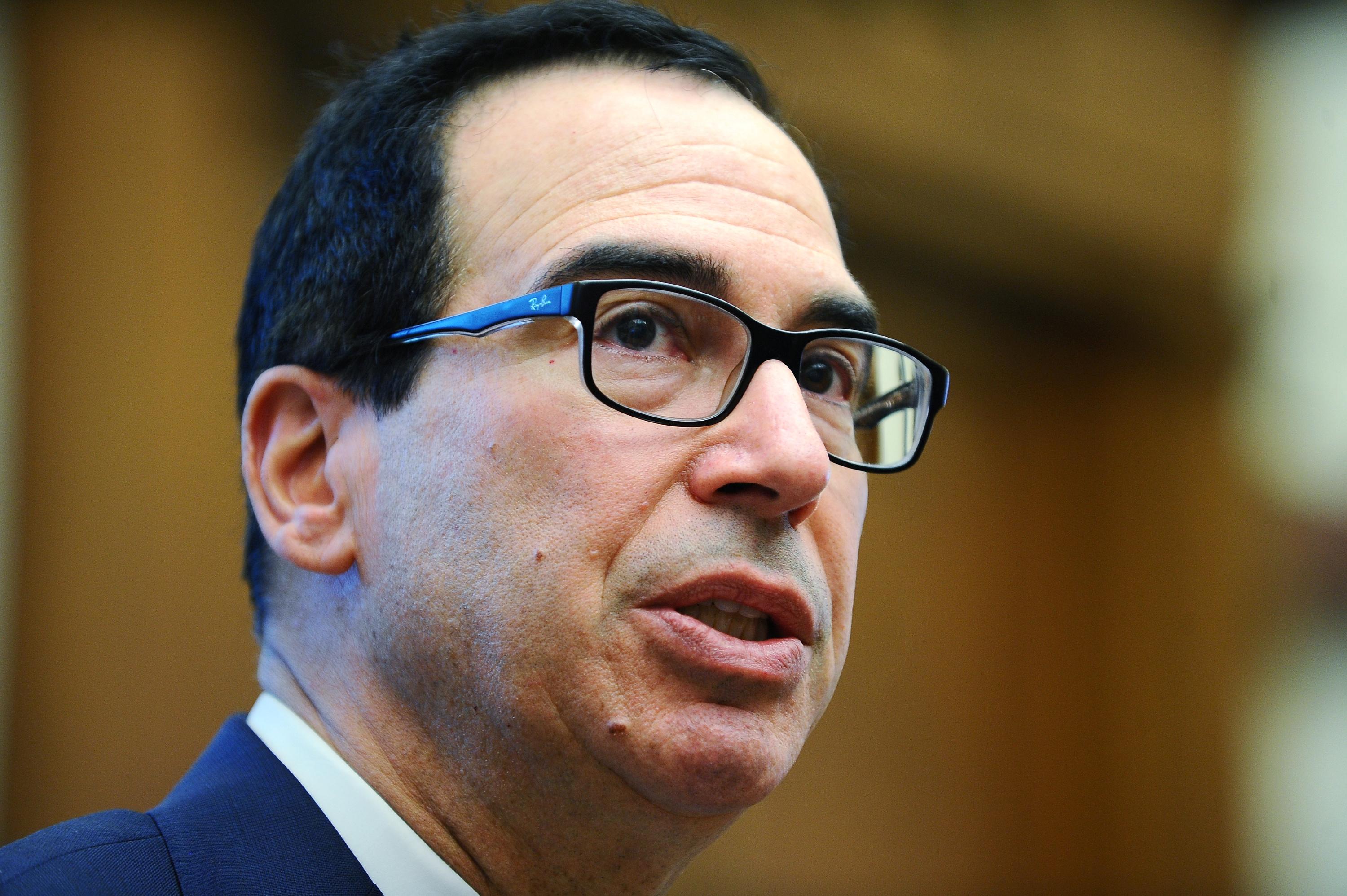 Mnuchin and U.S. Trade Representative Robert Lighthizer spoke with their Chinese counterparts over the phone, Lighthizer’s office said on Thursday, following earlier comments by the Treasury secretary in an interview on the sidelines of the G7 meeting in Chantilly, France.

The United States and China have been embroiled in a tit-for-tat tariff battle since July 2018, as Washington presses Beijing to address what it sees as decades of unfair and illegal trading practices.

China has countered that any deal needs to be fair and equitable, leaving the two sides apparently still far from an agreement to end the back-and-forth that has roiled global supply chains and upended financial markets.

“Right now we’re having principal-level calls and to the extent that it makes sense for us to set up in-person meetings, I would anticipate that we would be doing that,” Mnuchin told Reuters.

Asked if Thursday’s call could lead to a face-to-face meeting, Mnuchin said: “It’s possible, but I’m not going to speculate on the outcome.”

Lighthizer’s office later confirmed that the conversation took place as scheduled, but gave no details.

China’s foreign ministry said on Friday the two sides had discussed ways to implement the consensus reached by the two countries’ presidents, but gave no other details.

“These are difficult questions … but at least they agreed to let the two negotiation teams to restart their work, so we will keep our fingers crossed,” he said.

William Lee, chief economist for the Milken Institute, said tensions were simmering, with neither China nor the United States appearing ready to budge on critical issues.

“That high level of trade uncertainty is causing manufacturing firms to be reticent to make investments. That high degree of uncertainty is a drag on U.S. growth,” he said. “The real issue is that China wants respect. China wants a face-saving way of coming to the table.”

“We have a long way to go as far as tariffs, where China is concerned, if we want. We have another $325 billion that we can put a tariff on if we want,” Trump said at a cabinet meeting on Tuesday.

Trump and Chinese President Xi Jinping agreed during a Group of 20 nations summit in Japan last month to resume discussions, easing fears of escalation after talks broke down in early May. At the time of the G20, Trump agreed to suspend a new round of tariffs on $300 billion worth of imported Chinese consumer goods while the two sides resumed negotiations.

“What they did was not appropriate,” Trump said Tuesday. “They are supposed to be buying farm products. Let’s see whether or not they do.”

U.S. government data published on Thursday showed China last week made its largest purchase of U.S. sorghum since April. Sorghum was one of the first casualties of the trade war, which has slowed exports of soybeans and pork to China.

Asked about the role of Huawei Technologies Co Ltd, which the administration has blacklisted over national security concerns, Mnuchin said on Thursday that allowing any U.S. sales to the Chinese telecoms equipment company was an issue independent from the trade talks.

After meeting with Xi at the G20, Trump said American firms could sell products to Huawei. Earlier this month, Commerce Secretary Wilbur Ross said licenses would be issued where there is no threat to national security.

Reuters reported on Sunday that the United States may approve licenses for companies to restart new sales to Huawei in as little as two weeks, according to a senior U.S. official.

Mnuchin denied a Wall Street Journal report last week that the Treasury chief was urging U.S. suppliers to seek exemptions to sell to Huawei, saying he talks to corporate executives about many issues, including trade.

“My participation in this is only informational. I’ve never encouraged companies one way or the other to do things.”

The Wall Street Journal reported this week that discussions were at a standstill as Washington weighs limits over business with Huawei.

Derek Scissors, a scholar at the American Enterprise Institute think tank who has advised the White House on technology issues, said he expected further relaxations on Huawei to be part of any U.S.-China trade deal.

“The treatment of Huawei has been a circus,” he told a panel hosted by the Brookings Institution. “If we have a deal, Huawei will absolutely be part of it because the president doesn’t care … about technology competition.”

He said Trump was more focused on getting a trade deal and increasing access for U.S. farmers to Chinese markets.