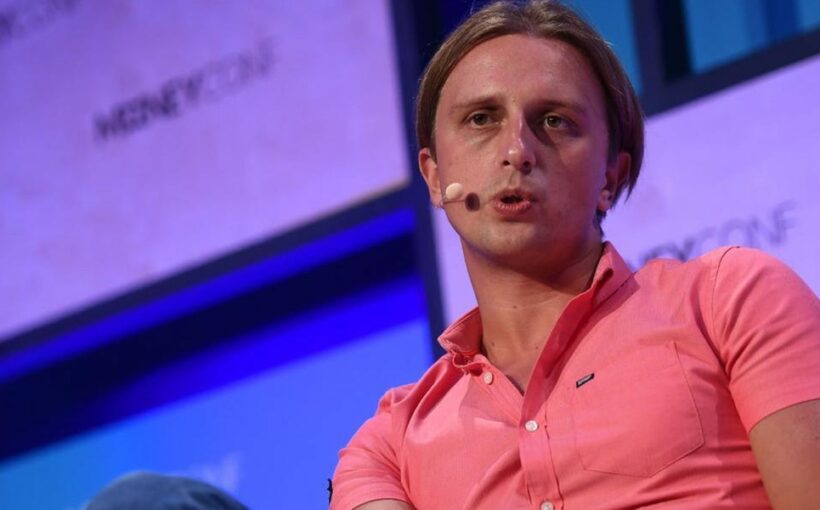 Another European challenger bank is taking big steps to gain market share in the US with a series of major announcements it hopes will help it stand out in a crowded field.

London-based Revolut, Europe’s largest neobank, announced Monday the official launch of business accounts operating in all 50 US states. The move comes after what Revolut’s US CEO Ron Oliveira called a “soft opening” for the bank’s consumer offering here one year ago, at the beginning of the COVID-19 pandemic.

“At Revolut, we were always thinking about the US. It’s the number-one market in terms of size and in terms of opportunity, but I think before we simply were not ready,” Revolut cofounder and CEO Nik Storonsky told Insider.

Concurrently, the bank exclusively told Insider that it has submitted a draft application with the Federal Deposit Insurance Corporation and the California Department of Financial Protection and Innovation to obtain a US banking license.

Should the application get the green light, Revolut’s California charter and approval from the FDIC will mean the bank can passport its banking charter to other states across the US. The processes differs from the one fintechs like SoFi and Varo have pursued in looking to obtain a national banking charter from the Office of the Comptroller of the Currency.

Successful approval of the bank charter, Oliveira told Insider, would mean the bank can focus on “the long game” as it looks to build out both its consumer and new business-banking services in the US.

It also comes at a time when competition among neobanks in the US is heating up. European-based N26 and Monzo have also made pushes to establish a consumer presence in the US in recent years, with the latter also applying for a US banking charter with the OCC. Meanwhile, US-based Chime has enjoyed significant growth during the pandemic, along with fellow domestic competitor Varo, which was the first US neobank to nab a national bank charter.

Revolut’s launch of businesses banking in the US and application to be a fully-chartered bank comes after a few years of strong growth. In 2019, the bank tripled annual revenues, to $213 million, and grew its user base to 7 million. The bank hasn’t yet released its 2020 annual report, but the latest number provided by the bank pegged the startup at 15 million users worldwide. As of its latest fundraising in early 2020, the bank was valued at $5.5 billion.

Still, it hasn’t always been smooth sailing for Revolut.

Costs have also risen as the company grows headcount, tripling to $141 million in 2019, along with an increased focus on the intense work culture and practices often associated with a fast-growing fintech, as Insider has reported.

On March 15, meanwhile, startup news site BetaKit first reported that Revolut was pulling out of the highly-concentrated Canadian market after a beta launch that began more than a year ago, per an e-mail sent to participating Canadian customers and confirmed by the bank in multiple responses to customer questions on Twitter.

In February, the head of Revolut Business, Vaidas Adomauskas, left the fintech, as first reported by The Block. According to a Revolut spokesperson, Revolut tripled the number of weekly business users and managed the transition of European business customers following Brexit under Adomauskas. James Gibson, who had been lead product owner for Revolut Business, took over from Adomauskas as acting head of business in February.

Since launching its consumer business in the US last March, Oliveira said that Revolut’s goal has been to achieve parity in terms of the range of products offered to customers globally. The launch of Revolut Business in the US is one step in that process. 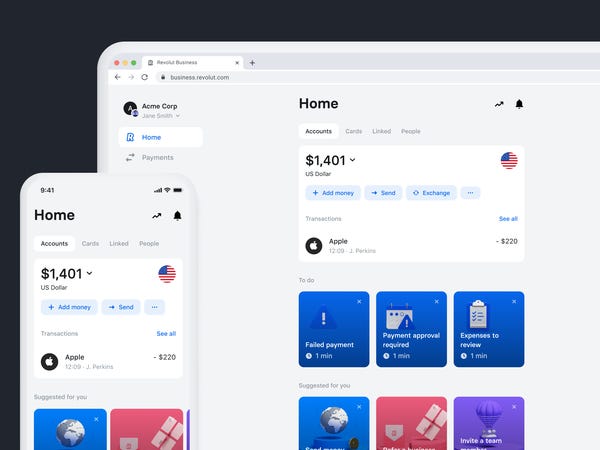 Revolut currently has 50 employees in the US with offices in New York and San Francisco.

A key selling point for business customers will be the no-fee, interbank rates Revolut provides when sending money to certain countries globally. The bank said it will support free money transfers in 29 currencies for its US customers and foreign currency accounts, as well as physical and virtual corporate cards and integration with popular business software tools like Slack and QuickBooks.

Storonsky said Revolut is following the same playbook in the US it did in Europe by first reaching out to consumers and small businesses, especially existing Revolut personal customers. But Oliveira said that there’s also a “sweet spot” for Revolut to cater to larger companies that aren’t multinational corporations but still do significant business outside the US.

“That’s our next step, where you’ve got somebody that’s got a 100, 200, 300 people. They’re in a position where they need a lot more than an SME needs, but they’re not going to get the service at one of the traditional legacy banks,” Oliveira said.

Revolut filed for a US bank charter

Revolut becomes the latest fintech to file for a bank charter in the US.

SoFi announced last July its intention obtain a national charter, a process sped up by the fintech’s pending acquisition of a California bank announced on March 9. In 2020, Varo became the first de-novo bank to receive a national banking charter in the US. Square, meanwhile, got Square Financial Services, which will focus on business banking, up and running on March 1 after successfully obtaining approval from the FDIC and Utah.

In October, CNBC reported Revolut was exploring the bank charter option in the US. The bank filed a UK bank charter application in January and received an EU charter in 2018 as it built out its offerings in the region. Oliveira told Insider that Revolut also filed for a bank charter in Australia.

Revolut currently offers consumers in the US a prepaid debit account alongside early direct deposit and international, peer-to-peer payment capabilities. The bank also has a high-yield savings account offering as well as a cryptocurrency conversion product.

Successful approval of the banking charter, however, would provide Revolut the stamp of FDIC insurance and the trust that goes along with it — meaning it can set its sights on growing an independent deposit base and becoming the primary bank for its customers — along with the capabilities to expand into lending on its own. Revolut’s current bank partner is Metropolitan Commercial Bank, based in New York.

“It gives us some more liquidity as an organization, meaning now we can go to the Federal Reserve, we have good stability, we have our own deposits. We can lend out our own funds. It gives us that kind of stability,” Oliveira said.

For its part, Revolut was comfortable to let competitors like Varo and SoFi take the lead as de-novo banks begin to explore charters as a way to build out their services and operate separate from partner banks.

US regulators “now have a roadmap that’s been used and we’re planning on coming in right behind that roadmap and following that along,” Oliveira said.

“I can’t tell you how long is it going to take. It’ll take as long as is as required. But I’m certainly hopeful that it’s not going to take three years, from what Varo did,” he added.