Home » Business » Will the Biden spending package result in runaway inflation? No! 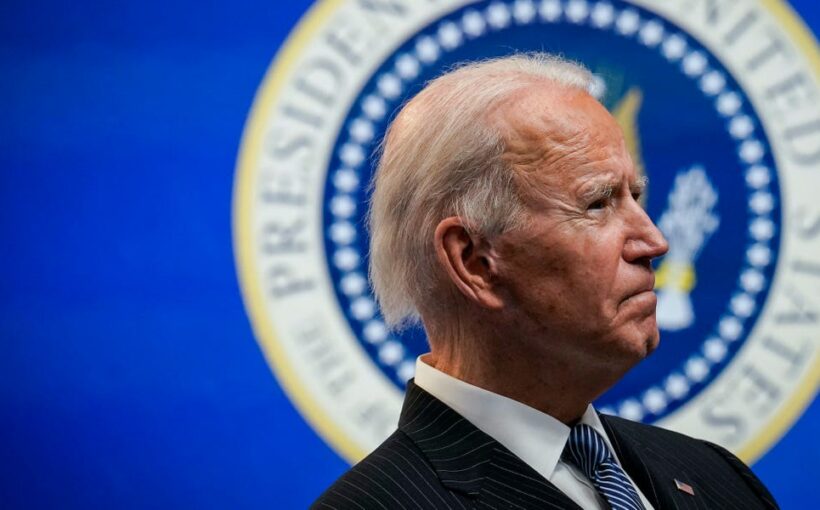 This is the second of my two columns addressing concerns surrounding the Biden administration’s plans to greatly increase the federal government’s role in the US economy in the form of large scale fiscal spending, both for COVID-related relief and additional economic stimulus. Yesterday’s column dealt with the problem of potential economic “leakage,” while today’s will focus on inflation. Enjoy!

Recently, prominent economists such as Larry Summers  and Olivier Blanchard have raised alarms warning that the Biden administration’s stimulus plans will produce high levels of inflation.

Normally, I would dismiss this sort of alarmism from warmed-over small-government politicos who have wrongly warned about the inflationary impact of government deficits for 40 years as another attempt to shrink government and elevate the primacy of the private sector. But as the inflation debate has become heated among liberals, the economic waters have become unnecessarily muddied.

The short answer — to both economists and to markets — is stop worrying about the emergence of sustained inflation in the prices of goods and services. It is extremely unlikely to pose a problem, and should not be viewed as a reason for the Biden administration to curtail their ambitious spending plans…although for all the wrong reasons!

While the $1.9 trillion American Rescue Plan and the administration’s upcoming $2.0 trillion infrastructure expansion, repair and replacement program will pump an ocean of spending into the economy, given the structure of the US economy – as described in my column yesterday – we will see quite a bit of that spending leak abroad with no material impact on domestic inflation. More about that below.

Yet the inflation concerns held by Summers, Blanchard, and others are rooted in two other issues:

The output gap may be bigger than we think

But there are problems with both of these arguments. As for the output gap, we don’t really know the true non-inflationary rate of growth that the economy can absorb. During the years prior to the Great Recession — when the economy was running above its projected potential — core inflation remained in the range of 2.0% to 2.3%, not a level viewed by the Fed as concerning – then or today.

And since 2008 inflation  has averaged well below 2.0%, so there would seem to be little concern today with core inflation at 1.3% year-over-year, as shown below.

Moreover, following the Great Recession, the economy’s potential trend was adjusted downwards by the CBO. The dotted green line in the above graph indicates the pre-2008 trendline, if the economy’s actual potential capacity is still close to that trend, then inflation is unlikely to show up even with more federal spending than is currently in the Biden proposals.

A one-time savings glut does not mean sustained inflation

With regard to the savings accumulated by households during 2020, I would be highly skeptical of its ability to produce sustained inflation, even if it drove up prices somewhat over 2021.

First, it is important to make a distinction between “reverse dis-saving” and actual savings. American middle-income households went into this crisis with – once again – high levels of credit card, student and automotive debt (even home mortgages were elevated, albeit not to 2008 levels as a percent of value).

To the extent that excess “savings” was used to reduce household debt reversing that process will require two things – a high level of consumer confidence to induce additional debt accumulation, and – well – jobs and household income levels that induce lenders to lend. The Fed reported this week that from the first through fourth quarter of 2020, consumer debt and home equity lines were paid down by a total of $70 billion, while households mortgaged their homes for an additional, presumably out of need rather than enthusiasm about consumption. And with respect to consumer enthusiasm, the Michigan Consumer Sentiment Index, was down again this month at 76.2, from 102 pre-pandemic. Household incomes are tenuous if you ignore federal transfers and consumer lenders don’t tend to lend to households making ends meet through  government subsidies.

Second, these savings have not been accumulated in households with a high propensity to spend. It is clear from multiple data sources that the increased savings are concentrated among upper-income households which spend far less of their incomes.

There may well be some short-term price escalation as people seek services they have been deprived of the enjoyment of for a year or more. But as Steven Blitz, Chief US Economist at TSLombard, put it recently, “to those anticipating a big reopening-related surge in prices… perhaps the surge will be more evident in Michelin-starred restaurants than the local diner.”

And the sector that has done the most since the recession to keep inflation in the black – housing – is undergoing a major shakeout. Rents are under downward pressure in many cities as the millions of workers who have lost their jobs are unable to pay. My city of New York has seen rents plummet to 10-year lows, and some homeowners are under pressure to the extent of losses in employment.

Finally, the US economy’s leakage of demand, as I discussed yesterday, to foreign producers trying to market their enormous excess capacity (and unlikely to raise prices as a result) will block the US economy from enjoying the benefits of fiscal multipliers that would normally accompany increased spending. Ordinarily low multipliers would be bad, but in connection with worries about inflation, it’s “good.”

Although I believe – as I noted yesterday – that the US needs to take aggressive action to limit that leakage. But even if America were to follow the prescriptions I set forth, the likelihood that our production and supply networks will onshore production quickly enough to impact the spending proposed by the administration over the next several years, is somewhere between slim and none.

Again, that’s bad – but is yet another reason not to worry about runaway inflation.