On November 7th at 12:37am EST, observers on the Bitcoin blockchain noted that a number of Bitcoins were moved from a wallet that had not been moved since 2010. According to researchers from Btcparser.com, around 1000 ‘sleeping Bitcoins’–totalling roughly $15.5 million–were sent in a single transaction.

The BTC’s owner also sent the corresponding BCH, which was worth about $250,000; however, the sender didn’t touch the BSV associated with the coins.

After the main transaction was sent to a single address, the receiving address sent portions of the stockpile to a number of other addresses.

It is estimated that there are roughly 1.5 to 1.8 million Bitcoins that are considered to be ‘sleeping’ or ‘zombie coins’ from the Satoshi era, meaning that they were last active during the time when Bitcoin creator Satoshi Nakamoto was active in the space. 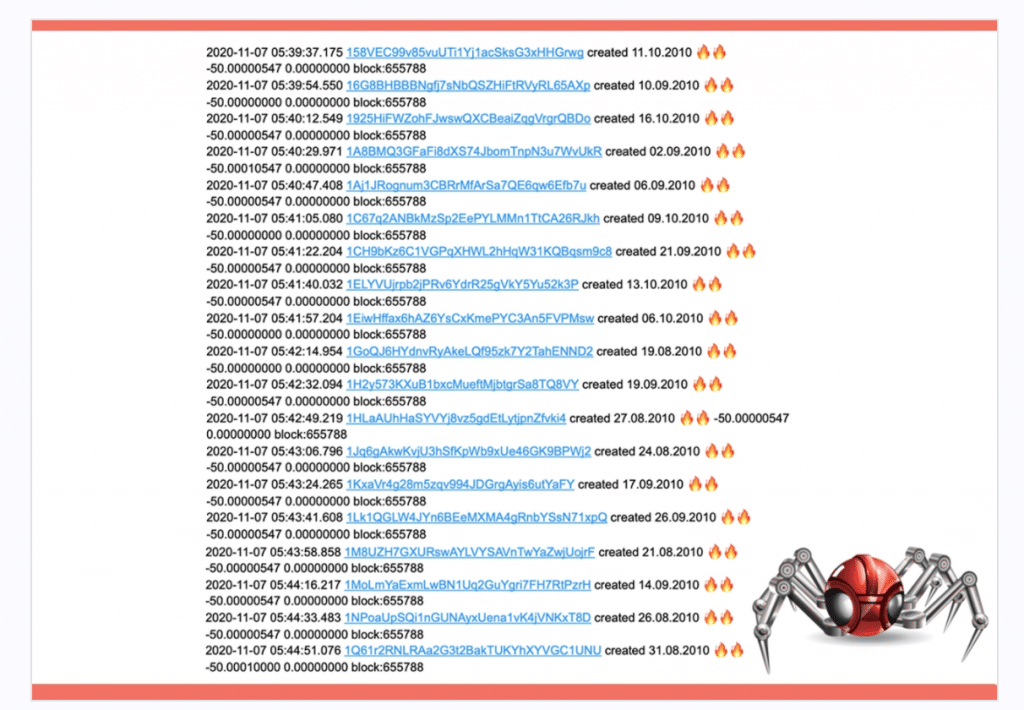 This most recent movement of ‘zombie coins’ is just one in a number of similar instances that have taken place this year.

It’s unclear who controls the coins, why the coins are suddenly being moved after ten years, or if they are being sold to other Bitcoin hodlers. However, Bitcoin’s bullish movement past $15,500 last week could indicate that whoever is in charge of the coins could be preparing to sell them if the rally continues.