BCS Global Markets (BCS) announced that it has onboarded Grigoriy Kozin, previously a Director at Sova-Capital, as its new Head of Business Development.

Announced in a press release on Monday, Kozin, who until recently was a Director at Sova-Capital, has been onboarded by BCS to spearhead the development of the Prime Brokerage and Securities Financing business lines. Additionally, he will enhance the firm’s multiple revenue streams and drive innovation within BCS’ existing international product suite, including developing new products and services.

Kozin brings more than a decade of experience in extensive product development combined with his industry and market knowledge to BCS, the Investment Banking division of BCS Financial Group. He will be based in London and will report directly to Tim Bevan, the UK Chief Executive Officer of BCS. 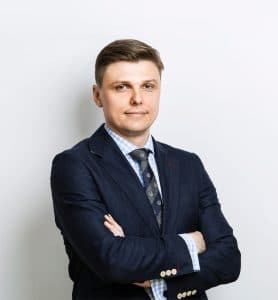 Prior to the announcement of this appointment, Kozin served as a Director of Sova Capital Limited as its Head of Prime Services. Located in London, he spent almost five and a half years fulfiling the requirements of this role, according to his LinkedIn profile.

Earlier on, before Sova Capital, Otkritie utilised the services of Kozin for almost five years. He began as a Strategic Projects, Marketing and Business Development, Senior Specialist. Then, just over two years later he was promoted to Head of DMA and other related projects. Although he spent less than a year in the role, he was again elevated to Sova Capital’s Director where he was the Head of Project Management and Business Development. He successfully took charge of Prime Brokerage, electronic execution, custody and clearing across Sova Capital’s multiple asset class offerings.

BCS Investment Banking division was launched in early 2011 and is focused on the provision of market access, financing and advisory, securities lending and other ancillary prime brokerage and asset administration services. It is considered the broker of choice for trading Russian instruments with an absolute leadership position, capturing more than 25% of market share in Equities, Derivatives and FX on the Moscow Exchange.

Bevan said: “From inception, BCS’s Prime Services business has gone from strength to strength. The team has decades of experience from across the global financial services industry and this blend of experience and expertise has been instrumental in helping to expand our international client base, which numbers many of the world’s leading institutional investors.

“At BCS, we pride ourselves on bringing in the best talent available in our market, and I have no doubt that Grigoriy’s extensive product development coupled with his impressive industry and market knowledge will make him an invaluable addition to the team.”